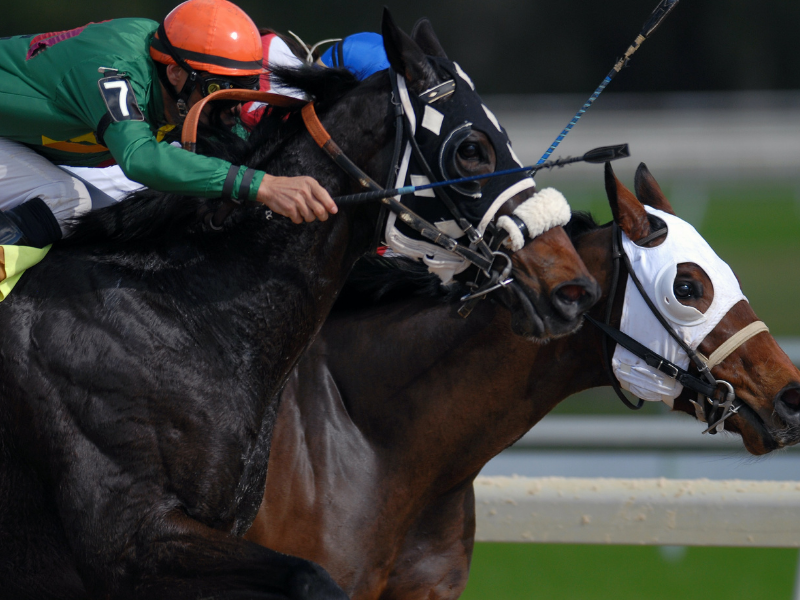 What Rachael Blackmore’s win means for women in horse racing

There was plenty of drama, such as when serious contender Abracadabra took a fall at the third fence but was back on his feet straight away, neither he nor young Jockey Jack Kennedy reported any injuries. The drama had no impact on Blackmore who remained calm and level-headed throughout the race, riding with great tact, leading by six and a half lengths on the home strait.

It was a good day for gender representation for the horses too. Honeysuckle, the seven year old 16.1 hh mare, became only the sixth mare in history to win this prestigious event.

Retired champion jockey turned commentator Ruby Walsh said he once doubted a woman could be a champion jockey but said Blackmore “could easily be […] she’s got it all. She has delivered on the biggest stage.” Trainer Henry de Bromhead, who gave Blackmore her kickstart in racing, said the victory was “amazing” and “the stuff you dream of.”

Blackmore was ecstatic with the win telling a journalist straight after “it’s incredible, I’m absolutely speechless.” Blackmore has always been frustrated at the very idea of being a ‘female jockey’ as opposed to just a jockey, and on Tuesday maintained that her gender played no part. Blackmore wants to be a great jockey and be treated as such: “it doesn’t matter what you are, we’re jockeys […] it’s just a privilege to be here” she said.

Cheltenham Festival is usually estimated to be worth around £100 million to the local economy each year. There are also around 6,000 people employed in running the Festival, including 350 chefs, 350 managers, 500 students. There are also normally around 1,000 members of accredited press there each year and £4.5 million pounds in prize money to be won across the week’s races. Much of the benefit to the local economy was diminished by the crowdless and socially distanced festival this year. Further to this, around £500 million is estimated to be generated from bet-making, but with the thrill of a large crowd’s atmosphere, that figure may be sizably reduced this season.

Yet, this is a great moment for British racing, and will show young women across the country that they can reach the very top of this sport. Rachael Blackmore and Honeysuckle are the story racing needs in what has been an unprecedentedly difficult year for the industry. The impact of last year’s controversial Cheltenham Festival on racing’s reputation lingers on, as do the fresh blows inflicted by Gordon Elliott. Yet today was a triumph for women, and thus a triumph for racing.