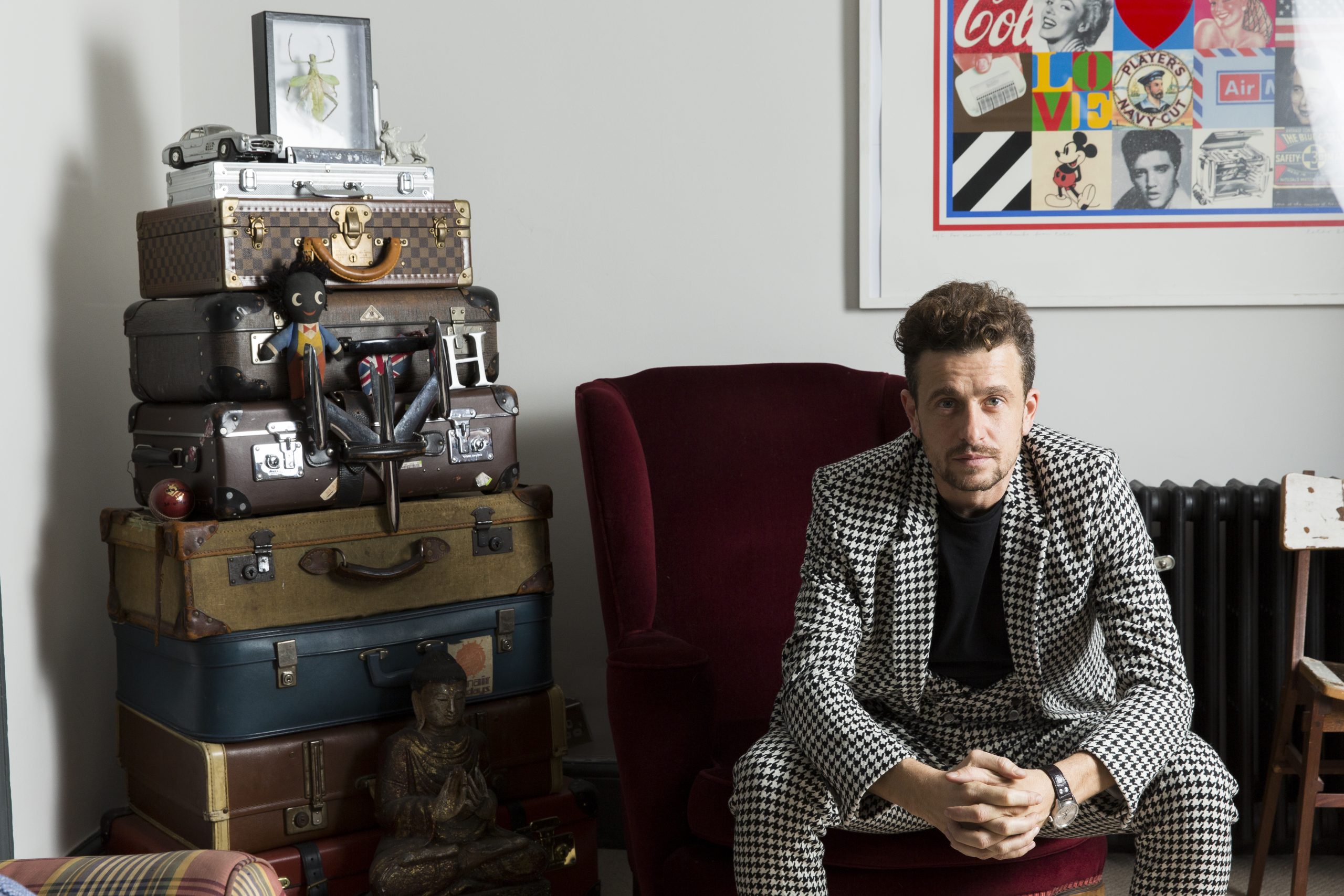 ‘We’ll experience our own Roaring Twenties’: Hamish Jenkinson on the future of the arts world

Founder of immersive events company the Department speaks to Georgia Heneage about the effect of the pandemic on his company, his personal life and the state of the arts world

When Hamish Jenkinson first launched the Department eight years ago, he was calling it “the world’s first immersive agency”.

He wasn’t far off: the Department has worked with bestselling theatre and events companies such as Punchdrunk and Secret Cinema, artists like Banksy, and founded incredibly popular underground immersive spaces such as the Tunnels and the Vaults.

Jenkinson and his team were riding the wave of the immersive experience trend sweeping London’s events scene; indeed, they were right at the cutting edge of it. By 2019, they’d worked with big brands like BMW to create immersive customer experiences and created the opening experience at the Women’s World Cup in Paris. The last job they did was to plan a party for Facebook for 5,000 people in a circus big top tent in Dublin. Little did they know it would be their last for some time.

The pandemic was the great killer of many businesses and jobs. But the live events industry was one of the worst affected. Contemplating on what would become an incredibly tough year for both him and his company, Jenkinson remembers that “Rishi Sunak’s announcement in March – that £12 billion would be made available to help the arts- was the point I realised that it wouldn’t help an agency like ours. It felt like it was going to be a long time before brands would be willing to invest the kind of capital required to plan a large gathering”.

Like so many of us, Jenkinson went home that weekend and watched Contagion: “It gave me an indication of the situation we were facing, and knowing that our last event had been for 5,000 people, I knew that large- scale gatherings would be the first to be closed and the last to reopen.”

Things began spiralling downwards from that point, and Jenkinson says they were forced to move quickly and aggressively. “I went into the office to let half of the team know they would be made redundant,” he says. “That was an incredibly sad day, and it took its toll personally.”

They also had to hand in their lease for their Dalston offices and skip everything in storage, which included costumes and props collected over the years. “Knowing we’d probably never go back was incredibly heartbreaking”, says Jenkinson.

So how did he approach the near-impossible task of keeping intact a large-scale events company? Jenkinson says the furlough scheme was a saviour, as it allowed him to keep many of their team afloat and eventually bring back those who had been let go.

The pandemic also afforded him the time to “raise investment for, and start planning, a new immersive experience”.

Immersive theatre, according to Jenkinson, was already becoming “the dominant entertainment experience, outside of the superstar touring experiences”. So in the post-pandemic landscape he reckons we’ll see that “traditional theatre will be forced to reimagine their theatrical experience”. Experiential shows like Punchdrunk required their audience to wear masks long before the word ‘mask’ entered our vocabulary so prolifically, and social distancing is much more possible in the venues used by the Department than in a playhouse.

“I firmly believe that we will experience our own Roaring Twenties after the pandemic is over, much like the world did after the last great pandemic, which saw an explosion of culture and creativity,” Jenkins explains. “So many great forms of art – such as Bauhaus – found their voice in that turbulent period.”

And if the audience of traditional theatre is largely older, post-pandemic drama is likely to bring in a much younger audience who have already embraced immersive experiences and are used to interactive performances. “You only have to look back to periods when the virus was rife and people were crowding into the streets of Soho to have an inkling of the pent-up excitement which I believe most young people have at the moment”, he says.

Another way in which the pandemic may irrevocably change the landscape of British industry at large, says Jenkinson, is a transition to a remote working culture which he believes can foster “great creativity”.

“As an agency going forward we will be less centralised – meaning we won’t need an office anymore,” he says. But Jenkinson also says he thinks it’s important to find ways of bringing the company together for short, intense periods. “I don’t need everyone to come into an office regularly, but I need to create moments where we can come together, think together, talk together and strategise together.”

But we must be careful not to alienate the young, says Jenkinson, and “we mustn’t forget that so much of your early career isn’t just learnt from a zoom meeting, but those precious moments beside a water cooler, or walking past someone’s desk when you happen to see a graphic being designed or content being created,” he says.

The key question for Jenkinson is this: as the world reimagines the workplace, how do we ensure the young don’t miss out on those crucial experiences which aren’t just about doing your job but the key moments that ignite imagination and curiosity?

Jenkinson is an example of a businessman for whom the pandemic has been both a blessing and a curse. It has forced him to dissolve and reassemble his company in a different way, to reimagine office culture, and to reappraise the direction the arts industry must go.

On a personal level, the pandemic also pushed Jenkinson to reevaluate what is important to him. “I had to embrace things like not drinking during the week, and I started doing yoga and meditation, which I hadn’t felt I needed before. Simple breathing in the morning can do an incredible amount to deal with stress and anxiety.”

His final point was one which stuck with me as a binding mantra for the events of the past year: “the pandemic has taught me that when life seems difficult and the path forward unclear, look down and put one foot in front of the other and try not to get overwhelmed by what you see on the horizon.”