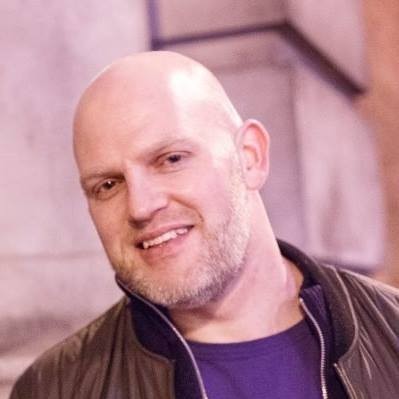 Under One Sky – a talk with charity CEO Mikkel Iversen

Under One Sky became a registered charity only a few months ago, but they have been helping the homeless for over ten years. The idea came to founder Mikkel Iversen near Christmas of 2012, when he invited a few friends to walk around Central London handing out food and supplies to people sleeping rough. That has remained the format for the organisation, but now it has a far wider reach. I spoke with Iversen to find out how the charity has grown.

“Up until the pandemic we were a very small pop-up organisation. We would do three to four events every winter, go out, serve 300 to 400 people during that winter period, and then like a circus we’d pack up our stuff, go out of town, and come back next season,” Iversen says, “When the pandemic hit, a couple of guys on our team said, ‘why don’t we go out and have a look at what’s going on?’ That was a week before lockdown. What we found out was that all the services which normally provide support had shut down. We met people who hadn’t eaten for up to a week. They were confused and angry because they didn’t know what the hell was going on, and so at that point we then said, ‘Okay, we need to do something.’”

In the beginning, Under One Sky functioned almost as a guerrilla operation. WhatsApp groups organised volunteers, support on crowdfunding websites provided the funds needed to buy supplies, and distribution was based on the need that people saw on the ground. This is still how Under One Sky works, just on a larger scale, but Iversen knew that they had to get the word out and expand their efforts. Iversen says that gaining traction was nearly impossible, until a breakthrough came in the form of an article in The Guardian.

“About three to four weeks into lockdown we had a journalist from The Guardian with us. She wrote an article and when that article broke, all hell broke loose for us, because it was the most read article for the day. It was shared about 13,000 times, so suddenly we had 600 new volunteers in about two days and loads of funding from our crowd funder,” Iversen says, “Before that, we tried to get the media to actually pay attention to the issue, but we didn’t really get any pickup whatsoever. We also wrote Sadiq Khan, we wrote Boris Johnson and said, ‘Listen, guys, there’s hundreds of people who’ve just been left, they have nothing’ and we didn’t get any response to that either. But then after the Guardian article, we had media crews every day for about two weeks. On the busy days after that we’d serve about 600 people a day.”

Now, Under One Sky operates 10-15 outreach walks a week, which they call skywalks. Small teams of volunteers walk around in a set area – Victoria, Waterloo, King’s Cross, etc. – handing out food, hot drinks, and supplies including clothing, personal grooming items, and sanitary products. I had the pleasure of joining them on one of their Waterloo walks.

The volunteers I walked with were extremely kind and welcoming, and they let me know what to do at each stage of the process. Not only were they providing food and comfort to people in need, they were also forming genuine connections from seeing them week after week. Speaking to Iversen, I found out that this connection is far more important than the material side of things in his eyes.

“The premise of all of it is around the power of human connection,” Iversen says, “I think that power is hugely underrated in society. We take it for granted, it’s just something that’s part and parcel. And for me, Under One Sky was born out of out of a spiritual journey, so that’s part of the reason why connection is the foundation layer of what we set up. But also, if we look at people on the streets, we always think about how they need food and clothing. But the point is that if people have lost their hope in life the likelihood that they’re going to succeed is very, very slim. The most important job out there is to look after the flame of life in each person, because that is what’s going to make them succeed and get out of the predicament they’re in.”

With the urgency of the pandemic mostly over, Under One Sky is looking to expand their operation through their fresh charity status. Now, they are able to apply for grants which were previously unavailable, and the status means that businesses are also able to get on board. They are also looking at the long term. As Iversen explains, getting young people involved in this sort of charity work can shape the future of the country.

“We have 1400 volunteers, and a lot of them are in their 20s to early 30s, but we also have people who are in university. We, for example, had some volunteers who studied at Durham University, and they were going to they were going to pilot an Under One Sky up there,” Iversen says, “We’re currently working on a documentary, and part of the impact campaign for that is also to get it into schools and get it into universities. With the younger audience, we see our work as a way of helping to create more conscious leaders by engaging them in the impact work that we do.”

For details about how to get involved, visit UnderOneSkyTogether.