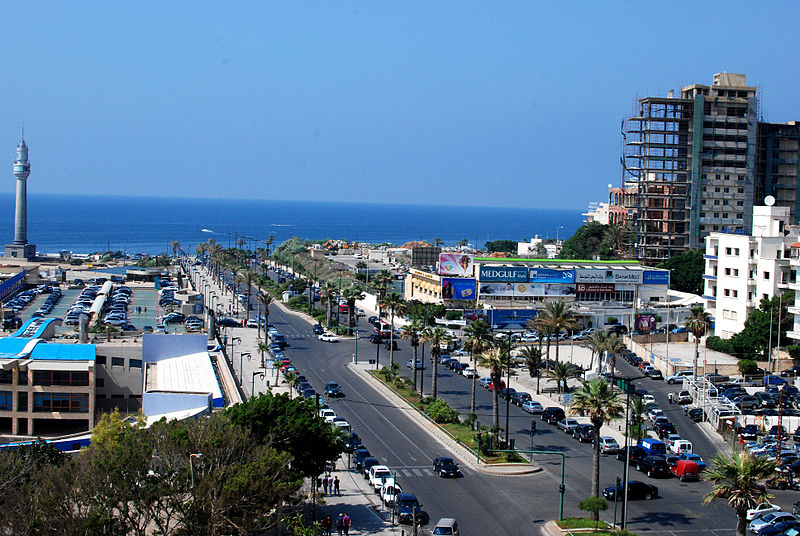 The View from Lebanon: Dr. Pamela Chrabieh on life, education and the economy today in Beirut

Dr. Pamela Chrabieh is a Lebanese-Canadian scholar, university professor, visual artist, activist, writer and consultant. Selected as one of the 100 most influential women in Lebanon (Women Leaders Directory 2013, Smart Center and Women in Front, Beirut), and ‘Most Exceptional Teaching Fellow’ in 2008 (University of Montreal), Dr. Chrabieh won several national and regional prizes in Canada (including Forces Avenir Université de Montréal, Forces Avenir Québec, Prix Lieutenant-Gouverneur du Québec), and her Peace Education ‘Diplomacy of the Dish’ activity was selected as one of the most innovative activities during the Innovation Week of the United Arab Emirates in 2015. Since 2017, Dr. Chrabieh has been the owner and director of Beirut-based SPNC Learning & Communication Expertise, and the Nabad (nabad.art) Program Manager since 2020.

Here, in an important exclusive, she talks to the poet and critic Omar Sabbagh about the current condition of Beirut and Lebanon.

Omar Sabbagh: Whether it may be common knowledge or not, Beirut and Lebanon more generally are currently in a state of crisis.  Can you tell us, to start with, what this crisis situation looks like on the ground?

Dr. Pamela Chrabieh: Lebanon has been going through a multiform crisis following the so-called end of the 1970s-1980s wars: social, political, environmental, sanitary, etc. The Beirut port blast on August 4, 2020, was the first straw that broke the camel’s back, and the ongoing acute economic crisis the second straw. As poverty is rising – more than 60% of the local population lives now under the extreme poverty line – people are increasingly desperate. Many (those who were able to do so) left the country, others (those who are staying) are trying to survive the financial meltdown, the Covid-19 pandemic, and the political deadlock.

OS: There are many factors that constitute the fraught modern history of Lebanon.  In your view, is the current crisis another version of other crises in the history of modern Lebanon, or is the current situation of a new sort, and why?

PC: In my opinion, the current situation is first the consequence of decades of corruption, physical and psychological wars, state paralysis, nepotism, sectarianism, foreign interferences, and a clash of ignorance. However, and contrary to what we went through during the 1980s – and that I witnessed first hand as being part of the generation of war – what we are going through today is different, as the deterioration of the country is unprecedented. During the 1980s, we were able to escape bombs and snipers and take refuge in a different city or village, we were still able to find food and work, and we had hope for the future. Whereas today looks and feels like a descent into hell, with most of us who still roam the land are hanging by a thread. The level of despair is immeasurable today, and that is, in my opinion, one main difference between the recent past and our present life.

OS: The economy has suffered tremendously in recent years.  Apart from long-standing practices of corruption, there was the revolutionary movement from 2019, and the terrible blast in Summer of 2020.  How would you assess or critique the recent fate and current state of materialwell-being in Lebanon and Beirut?

PC: Lebanon is enduring an acute economic depression, inflation reaching triple digits, and the exchange rate keeps losing value. This is still affecting the population, especially the poor and middle class. I agree with the World Bank statement: “The social impact, which is already dire, could become catastrophic”. I honestly don’t know how long the local population will be able to survive with one of the lowest minimum wages in the world, and when the country’s food prices have become the highest in Southwestern Asia and North Africa. People can’t even find needed medicine or pay a hospital bill. They haven’t been able to access their money in banks since late 2019, and their lights may go off starting May 15 because cash for electricity generation is running out.

OS: How would you assess the prospects for the young, the student body of Lebanon?  It’s common knowledge that for decades the pool or fund of human capital, of human talent in Lebanon is a kind of superlative supply for what is a nugatory demand, and that there has been for decades a brain-drain from Lebanon to other places.  Are prospects for the young just a continuation of this previous scenario or are there significant differences to the situation now, and how so?

PC: Now more than ever, and given the compounded effect of multiple crises, the Lebanese youth is facing a lack of work opportunities, rising costs of living and unemployment rates, and the absence of any state support. Many are growing disillusioned and desperate, and we are not even at the end of our crises. We should expect worse to come and it is going to be tougher for young people to pursue their higher studies, find a job, or even secure an entry visa elsewhere.

OS: Lebanon is known for its fractious sectarianism.  Does this feature of the nation’s political, civil, and denominational make-up affect the young today as much as it may have done in decades past?

PC: Most students of mine and other university students, along with countless academics, activists, and artists who have been part of the October 17 ‘revolutionary movements’, have vehemently criticized sectarianism in all its forms and offered alternative paths, ranging from a complete separation between religion and politics to mediatory approaches. This is not a new phenomenon, as many individuals and organizations stood against sectarianism in the last decades, but we are witnessing change within student bodies, especially with secular groups winning elections in some of the most prestigious universities versus traditional sectarian groups.

OS: You have been involved at a grass-roots with the so-called ‘revolutionary’ upheavals in Lebanon and Beirut since they began in late 2019.  How would you characterize the nature of this movement?  And what do you think its effects have been and/or will be on Lebanese politics and thus on the prospects of the up-and-coming generation?

PC: I think it is still too soon to assess the October 17 revolutionary movements. I wrote a while ago that there are many ways of approaching the study of revolution in the contemporary world. According to a narrow definition, “revolution is a forcible overthrow of a government or social order, in favor of a new system”. In that perspective, revolutionary dynamics in Lebanon appear to several observers (whether anti-revolutionary or skeptics) as “minor disturbances”. According to these ‘experts’, as long as the socio-political and economic systems are “unchanged”, the so-called “hirak (movement) is not worthy to be called “revolution”, and “will soon end” or it just “ended”. However, a different definition of “revolution” – the one I use and develop – makes it appear as an ongoing project of deep confrontation, resistance, deconstruction, reconstruction, and systemic transformation. This project has no start per se, nor a specific end. In other words, Revolution with a big R is a process, and the October 17 revolutionary movements are only but a step towards overturning existing conditions and generating alternative socio-political and economic orders. As I see it, “revolution” in Lebanon isn’t a static object that can either be a “success” or a “failure”. It consists of several current dimensions and historical layers simultaneously, and when it is not roaring in public spaces, it is boiling in the minds, adapting, learning, and bouncing back.

OS: What’s it like being both a teacher and a business woman in today’s climate?  Detail, if you would, how the perspectives of your variegated work-roles have illuminated for you the current state of Lebanon?

PC: I wear several hats: scholar, university professor, visual artist, activist, consultant, program manager, wife, daughter, mother, etc. And these hats have been both challenging and rewarding. Definitely, my studies and work experience have helped me shape my knowledge and critical thinking, but my life experiences, with my family, friends, and colleagues, in Lebanon and abroad, have marked my identity and deeply contributed to what I have become today. Most certainly, I haven’t learned about resistance and resilience in books, but through my art, the arts and culture in my country and the region, and through the many struggles I have been going through, as well as the struggles of others around me.

OS: Given your answers to the questions above, what in your view is in store for Lebanon, and why?