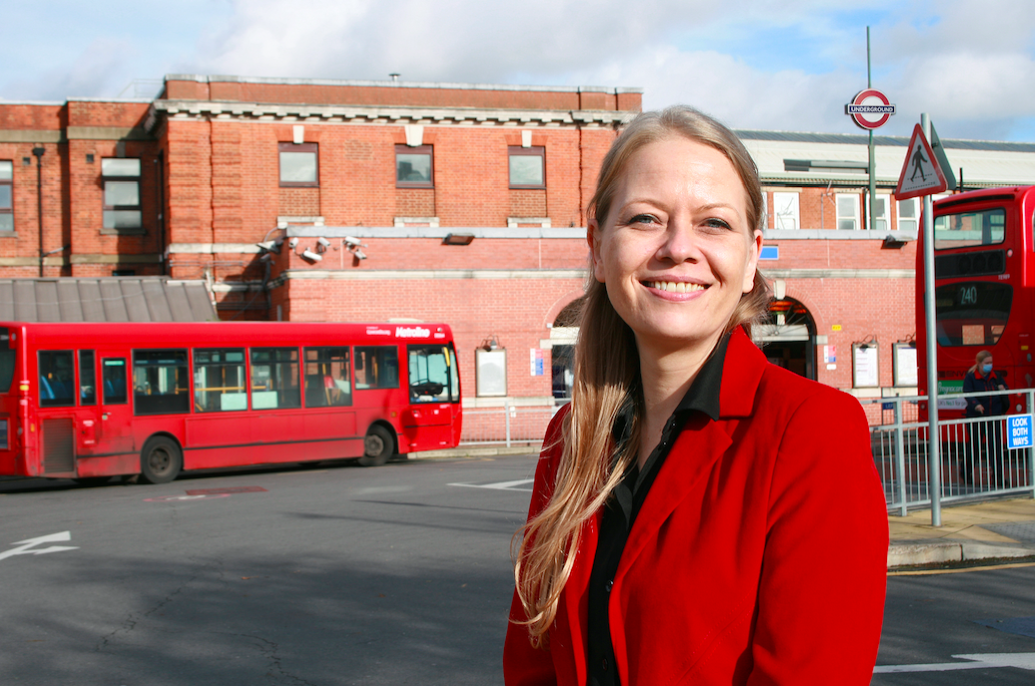 In the next in our series focusing on London mayoralty candidates, Georgia Heneage meets the Green Party co-leader

In her bid for the mayorship, co-leader of the Greens Siân Berry has bold and ambitious plans in mind – plans she believes are necessary in combatting the educational inequalities and rising unemployment tearing through our economy, and in remedying the government’s slow approach to building green industrial jobs.

“The first thing I’d do as Mayor”, says Berry, “is to bring in a basic income for everybody”. Berry argues that Covid has highlighted some of the “gaps and inequalities” of our welfare system; some jobs are “busier than ever”, and some “have basically just evaporated”. Berry says people have had no control over their situation:“Everybody needs a basic level of material security.”

And would this post Covid shake-up just give us the necessary space to recognise the importance of building green jobs for the economy and for the climate? “From the very start, we’ve been wanting to put land aside so that we can create green industry centers of innovation and create new jobs in green industries,” says Berry, “and that’s just more important now than ever.”

“I think London needs to become more self-sufficient,” she continues. “We need to open a dialogue, especially with young people, around building for a green future and transitioning away from jobs that depend on international trade and aviation.”

That’s a noble ambition but it doesn’t just involve blue-collar jobs: Berry says she’s put together a plan with the Young Greens to make sure that going forwards the creative industries have the funding necessary to ensure the accessibility of diverse talent.

Called the Creative Autonomy Allowance, the plan is not unlike the Enterprise Allowance introduced by Thatcher’s government in the 1980s, which was integral in kickstarting the careers of quite a few working class artists; the idea is to trial a basic income which would give 1,000 creatives £10,000 a year as a financial security guard. After three years, they’d study the impact that has “on widening opportunities, giving people more security and giving them creative autonomy”.

Initiatives like these may be crucial in rebuilding a fair and accessible and society. Though ambitious – and presumably expensive – Berry’s plans will likely be popular with those who are concerned about youth employment in progressive areas. “In the recovery period we want to be giving people the ability to come up with new ideas to innovate and think about new ways to be creative. Most important we want to sponsor the young to be the incubator for thinking of a new world,” she says.

The key question for Berry is to “make use of the pool of talent” to integrate jobs into this new world. She would transition the kinds of towns who are dependent on fossil fuel industries – like those around Gatwick. She is particularly concerned to make sure we produce the transferable skills which would enable workers to switch industries seamlessly.

Her London mayoral campaign has a national dimension too. “Those conversations need to happen everywhere,” says Berry. “In the oil industries, airports, car manufacturing. We need to build up localized skills training, so that people can become mechanics who can mend electric cars instead of petrol or diesel ones, for instance”.

At the level of education, many politicians have argued that vocational courses or industry-focused apprenticeships are the answer. But Berry sees it differently, and thinks that specializing too early can be limiting. “We really believe in lifelong learning for its own sake. My advice to young people is always to study what you’re interested in, and then decide what particular area you want to move into later in life.”

Berry also wants to see a greater emphasis on green-focused courses both at school and university: “Children are a bit hot-housed at the moment into learning for tests and things like that, and there isn’t enough space in the curriculum for people to just learn those kinds of messy lessons that teach you about nature.”

There also aren’t as many apprenticeships and jobs in green energy as there should be: “People need to be given infinite opportunities to learn: there’s going to be so much work that needs to be done when we eventually rise to the level of investment we’ve talked about in the general election. And we will be having a big skills shortage at that point if we’re not careful.”

The London mayoral elections will be held on 6th May 2021