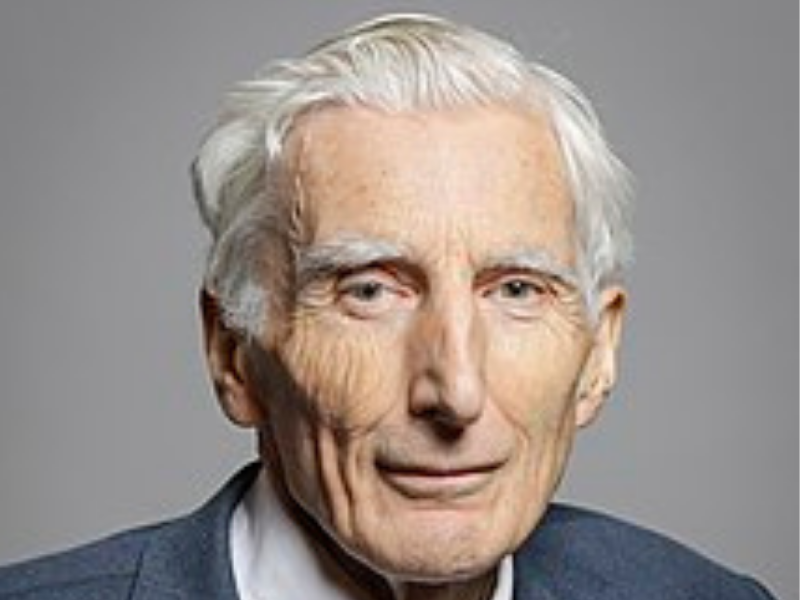 On the Future was written a few years ago and it was an attempt to summarise all the things I’ve been thinking and talking about regarding the future. Astronomers tend to have a longer term perspective on the future as they also do in relation to the past.

The book is now translated into 20 languages, and for the paperback version I wrote a new preface about Covid-19; previously I had spoken about pandemics in the abstract. Another book is out in the spring called The End of Astronauts, expanding on some other points which concerns the future of humans in space. I argue that as robots get better and more sophisticated, the practical case for sending people into space– at least lower than Low Earth Orbit – gets weaker all the time. That’s because it’s very expensive to support humans on a journey to Mars; you have to provide a year of food, and protect them from all sorts of hazards – whereas robots can be sent more easily and with one-way tickets.

For that reason, if I was an American taxpayer or European taxpayer I wouldn’t support NASA’s or ESA’s programmes for manned space flight. On the other hand, I’m prepared to cheer on the endeavours of Jeff Bezos and Elon Musk in the private sector. Firstly, they’re not using taxpayers’ money, and secondly they can take higher risks than NASA or ESA can when sending civilians into space.

Of course, it’s also important to think of space as being a dangerous environment We should talk about Space Adventure and not Space Tourism, for instance. I’d argue that Branson makes a mistake in talking of tourism as if it would ever be normal; if you take that view the first accident is going to be traumatic. If these private sponsors are prepared to send risk-takers up into space – the Sir Ranulph Fiennes of this world and so forth – I’m prepared to cheer them on.

My prediction is that by the end of the century there will be a few pioneers living in Mars, but they’ll be that kind of person. Elon Musk has said he wants to die in Mars but not on impact. And he’s fifty years old; it’s just about achievable. These pioneers will have a long-term importance, and they’ll be in a very hostile environment. They’ll want to take advantage of all the techniques of genetic engineering and cyborgs and so on. Here on earth we’re going want to regulate and constrain things like genetic modification on both prudential and ethical grounds. These guys will be away from all the regulators anywhere and have a far greater incentive. I imagine a few centuries form now they will have become a new species – secondary intelligent design will be much faster than Darwinian natural selection.

Of course, the money might be better spent on the environment – but if it’s spent by individuals who otherwise would buy a football team or a huge yacht, I’m prepared to support it. Musk, like my late colleague Stephen Hawking, thinks that there should be mass emigration to Mars to escape the problems of the earth. That’s a dangerous delusion. Dealing with climate change is a big challenge, but it’s a doddle compared to terra forming Mars. There isn’t a Planet B for ordinary risk-averse people.

I don’t think we’ve missed the boat on climate change. If we’d acted sooner there’d be less risk. But given where we are now, we’ll need drastic and difficult action to limit further emission of CO2 to a level of minimising really serious tipping points. It’s harder than it would have been if we’d had more forethought.

The problem politically is it’s very hard to get public support to devote resources to something which benefits people in the future by removing a serious threat from them. It’s also more important for people in distant parts of the world than it is for people here. Climate change isn’t going to be catastrophic in England but it will be in Sub-Saharan AFRICA: it’s a global and long-term threats.

Politicians are happy to allocate immediate resources to an immediate crisis like a pandemic, but it’s hard for them to spend money on a long-term insurance policy like an effective climate change policy. I quote in my book, I quote Jean-Claude Juncker: “Politicians know the right thing to do – they just don’t how to get re-elected when they’ve done it.” There’s something in that.