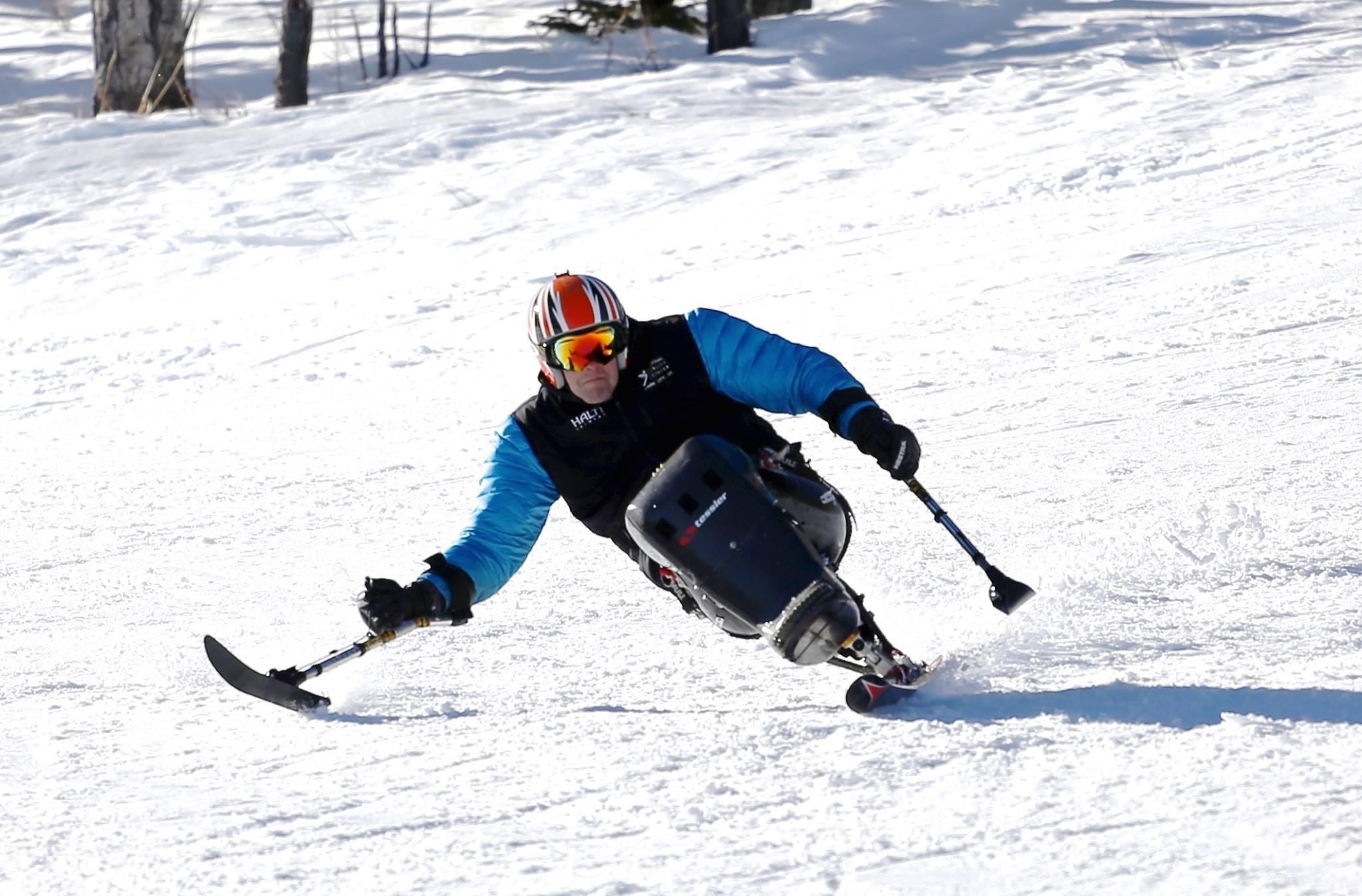 Talan Skeels-Piggins: ‘Ask yourself: how many people have you helped?’

I wanted to become a P.E teacher because I am passionate about sport. In a team game I always enjoy working with others and individually. I’m a bit sad that I’m no longer teaching, but life changes and we’ve got to move with it. If you’re always looking over your shoulder at what you were then you’re never looking forward at what you could be.

I was in the Navy as both a regular and then as a reservist. In the regulars, I was a fighter controller in the operations room. I was only in my early twenties and there was a massive amount of responsibility placed on me at that young age. When I was a divisional officer, I would mentor a group of sailors that were in my charge, helping them along with their careers. That was very rewarding.

I did six years as a regular and then I was a reservist. Shortly after I joined the reserves in November 2002, I was paralysed, at the beginning of March 2003, as a result of a motorcycle accident. Initially the Navy dismissed me, but I wanted to go on my own terms. I argued my case to the medical board of survey and proved that I could carry out the same requirements an able-bodied officer would have to. I did the bleep test, the mile and a half run in a race chair, the weapons handling test, the gas mask handling test and I passed each one for my age group. I did everything that would have been expected of me if I had been able-bodied.

Then I went to the medical board of survey and put forward all the things that I could do. I accepted the considerations and understood that I would not be going to sea again, and I ended up working with NATO.

My case has set an important precedent in allowing disabled people to remain in the armed forces. Back in 2003, I wasn’t allowed to tell anybody the outcome as the Navy were concerned that the floodgates would open and all those that had been previously dismissed would want to return. Then there were all the injuries from Afghanistan and Iraq, and people were able to use my ruling as a precedent to continue serving in whatever shape they could. It’s great to see that the military now do not simply give up on the wealth of knowledge that these people have.

We learn as we go through life; some of the learning we don’t even know we’ve got. We experience things and they remain dormant inside us. After the paralysis, I was in a pretty dark place, this massive change had happened to me and when we have change happen to us, all we can see is the change. Initially, for me, it was a space I didn’t want to be in.

Luckily for me, I had a chat with a guy, who had also become disabled, who had come in for a regular check-up, while I was laid up in hospital. He told me about the opportunities that were still there for him. He started to list things: he still had a girlfriend; he still drove a car; he lived by himself. Then he said he had been skiing. I couldn’t believe that; I thought it was incredible. That became my little goal: to get out of hospital and to learn to ski.  I didn’t know at the time that I would become a gold medallist in the European championships.

In order to do that, I had to accept what had happened to me. The more I looked internally, the more I realised that we have this untapped power, resilience and energy inside of us. I call it the little person inside. I believe that we all have it. I don’t have any magical ingredient. I’m not superhuman. I’m not special. We should use ourselves as our greatest source of inspiration. You don’t need to look externally for inspiration.

Motorcycling would become another passion. As with the Navy, I went about getting permission to race motorbikes by looking at the arguments as to why I couldn’t do it and then I would try and show what I would do to overcome that obstacle. Gradually I worked through all the different obstacles, and jumped through all the hoops that they put me in.

To finally do it, it was the most thrilling thing I had ever done and it then opened the pathway to others. Since that point in time there have been quite a few paralysed motorcycle racers and all they have to do now is go to a club, get their license like anyone else and they can race any capacity bike. There are no restrictions placed on them.

In Great Britain you are either a motorcycle racer or you’re not, and that was what I was fighting for. It is a really fabulous thing for me as a paraplegic to go and compete with able-bodied cyclists. It’s a little bit of escapism because for that moment in time I am simply a racer and I’m not being treated any differently from an able-bodied racer. I feel free from my wheelchair, my disability and the restrictions that have been placed on me due to an accident. For my own personal mental health it is vital that I get to compete against able-bodied people.

I set up a charity called The Bike Experience. I take disabled people and help them to learn to ride motorbikes. We’ve taught over 400 people so far. Some people come once and it’s the catalyst for them to go off and do other things, whether that be triathlons or fly planes. Some people come back and they’re able to ride on the road again. You see someone arrive nervous; when they leave they look like they can take on the world.

After 13 years of being paralysed, I had a conversation with myself about what it means to be a human being. I asked myself: ‘How do I validate my existence?’. The answer I came up with was: ‘How many people have you helped?’ and I realised that since I’ve been paralysed I’ve helped more people than I would have done if I had been able-bodied. So therefore, I wouldn’t change what has happened to me. That moment was when I fully accepted the change in my life.

It’s a very difficult time right now, and everyone is experiencing change: they’re allowed to be upset. Sometimes when you have things that affect your life it sets off these waves or these ripples in your timeline, but it’s realising that it is only temporary and the next peak is coming. Don’t feel as though you are weak for being upset. We can all grow and learn by giving something back. I think we don’t take enough time to do self-reflection. It’s amazing what you can get from it.  Everyone is an amazing person, you just have to believe in it.