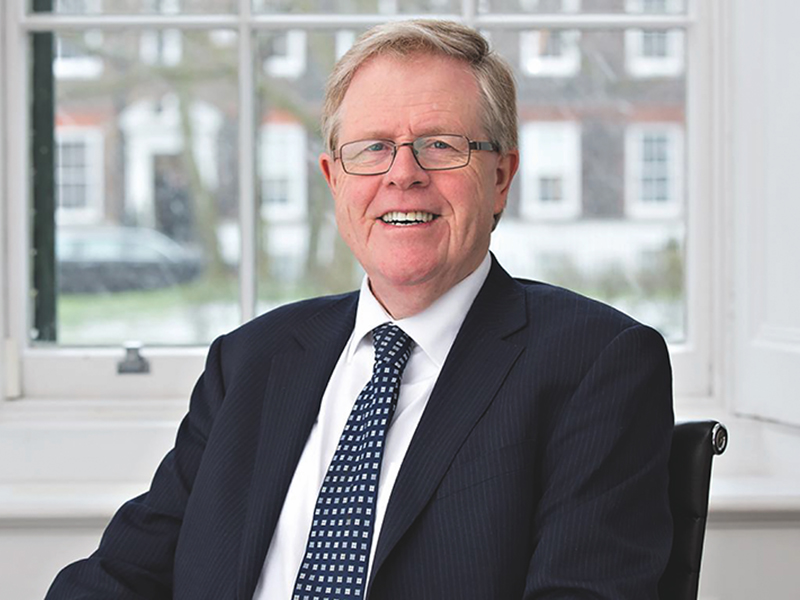 Sir Rupert Jackson: from classics to the Court of Appeal – and back again

It’s fair to say I always found the classics more interesting than the law. I did classics for my first two years and then switched. I did have some regrets. I enjoy law as an academic subject much less, but I was set upon pursuing a career as a barrister; but it doesn’t compare with the study of the classics. Even so, I thought that studying law might be a good idea under the circumstances.

But there are some aspects to a study of classics which can be of use in the law. An exposure to classical authors can be helpful, for example, when it comes to composing judgments. I structure all my judgments in the same way. I make them as clear as I possibly can, and in that I’m particularly influenced by Julius Caesar. Then, in terms of elegance of style, I am indebted to Tacitus. Greek literature is another pleasure: I have gained a lot from Thucydides, who is lucid like Tacitus, and from Herodotus when it comes to storytelling.

Traditionally, it’s always said that classics is a very good grounding for a legal career. It promotes orderly thought, and gives you the necessary intellectual background and so on. That’s all true. Classics is of great benefit for a legal career. But I’ve now found that a legal career is a great aid to the study of classics. Having practised as a lawyer for 50 years, I am well accustomed to studying evidence, assessing it objectively, and reaching my own conclusions. In my book, The Roman Occupation of Britain and its Legacy, I have tried to apply the disciplines which I have acquired in a legal career to analyse the evidence.

It seems to work like this. The study of classics reinforces your understanding and application of the law and practice as a lawyer reinforces your ability to analyse the archaeological and literary evidence in an ordered and structured way in order to reach logical conclusions. The two go together.

Since the time when I was an undergraduate study of classics, there has been a revolution in the study of Roman Britain is now. This is now driven by archaeological research – somewhat to the detriment of the literature. People pay a lot of attention to field studies, and much less attention to what the ancient authors have to say. In recent years, people have been so preoccupied with archaeology and field studies that they have downgraded the importance of the literature. I’ve tried to reintroduce the literature to a preeminent place in writing this book.

It took me eight years. I set about going through the literature first. I did that with the aid of translations where I was getting stuck with the original texts. In other words, I was operating in the traditional way – the way historians would have done it in the 1960s when I was studying classics of Cambridge. I then went through all the reports of field studies, together with the archaeological research reports and tried to combine that with the literary evidence.

That may sound like quite an arduous task for a mere amateur like myself. In fact, it’s an impossible task for an amateur. But by great good fortune, I had the help of Martin Millett, who is the Professor of Classical Archaeology at Cambridge. I went to see him at the suggestion of a Fellow of Jesus college where I’m an Honorary Fellow. He had his doubts as to whether a mere lawyer could actually make anything of it.

But we developed an entirely informal system. I would read chunks of archaeological research and so forth. I would draft my chapters and then go up to Cambridge. Martin and I would discuss them for an hour or two – then I would take him out for lunch. He was very happy with this arrangement.

I think he was quite interested to have a lawyer analysing the evidence and challenging what the academics had said. For me to have his input was essential: there was no way I would know which were the reputable articles and which weren’t; nor would I have known the best sites to visit or what I should be looking at. So Martin guided my reading and research informally.

Some people have said my book is funny, but that might be an area of disparity between classics and the law. It can be disastrous to make jokes in court. But I do try and bring the knowledge of human nature I’ve acquired in the law to the period. Imagine Caesar’s invasion of Britain today and you’d get a public enquiry immediately – or as in Iraq, three different public enquiries with three different terms of reference.

It’s important to treat a classics degree as a springboard for your intellectual life, and to continue to pursue your reading and study of what you have been learning at university. The interesting thing is that human nature doesn’t change very much: in the ancient texts we are observing how human nature, which is the same as now, operated in a very different historical and technological context. The human heart remains the same, but the mindset changes.

Sir Rupert Jackson was a Lord Justice of Appeal until his retirement in 2018. His latest book is The Roman Occupation of Britain and its Legacy (Bloomsbury).