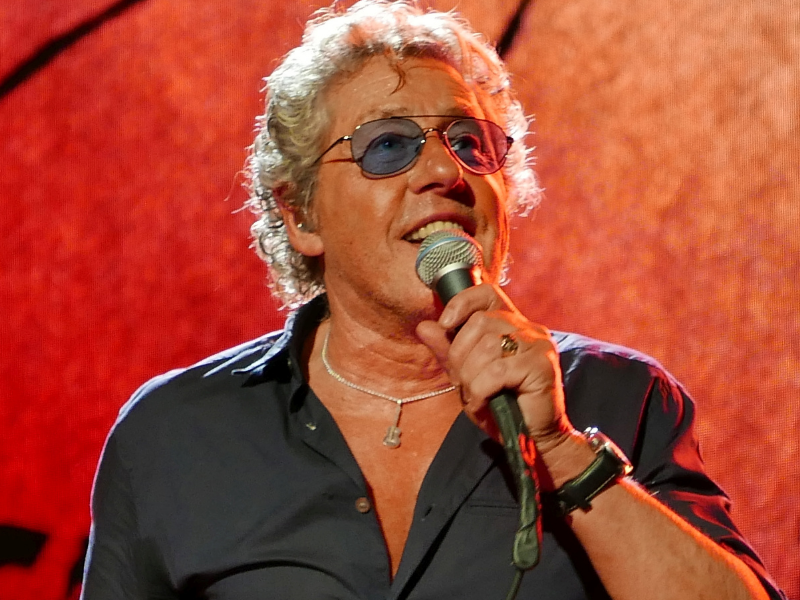 The Who’s Roger Daltrey: “Unlike the civil service we got off our butts and did something”

Rebecca Walker talks to the Who Singer and Teenage Cancer Trust patron about his new craft ale, the music industry and his new solo tour

RW: So tell us about your new beer?

RD: It was something that I started with my son-in-laws and my son during lockdown because we were all sitting on our hands and unlike the civil service we got off our butts and did something. Beer is the new wine. There’s so much wine in the world you could bathe in it. Everybody’s doing vineyards but the craft beers they are fantastic and we’ve managed to find a really great brewer. We’re wiping our nose every week. We haven’t made any profit yet but you know, it’s exciting to do it. I never realised how good beer could be when you’re drinking he mass produced stuff it’s not like a craft beer at all. It’s totally different it’s like a really good claret.

RW: You’ve been quite vocal about the state of the music industry. Do you have sympathy for young musicians.

RD: Musicians were very poorly treated in lockdown, most of them are self-employed. They couldn’t be furloughed: They were being crucified. I planned to put it together last year and I could smell the way the wind was blowing with a new wave of Covid and our so called scientists and their models which are so inaccurate. If you bought a car with that many faults you would take it back immediately and never buy another car of that model but there you go.

RW: It seems as though streaming services preclude musicians from earning a proper living?

RD: They do. It’s a huge problem. The whole record business has been stolen by overseas huge conglomerate record companies and the streaming companies and of course they’re all working on the model that was made when they were taking sensibly or reasonably 75 per cent of the income because they had to produce it they had to distribute it, they had to you know promote it so the artist was quite happy to take a very small cut. The streaming companies pay so little per play that what’s left for the artist is you can have a billion streams and you’ll earn about 200 quid. That ain’t fair. If that’s your yearly take home play you might as well be a welder.

RW: Is there anything Parliament can do?

RD: They are examining it but the trouble is they don’t understand about the music business – they’ve never understood it. We’re always a pain in their ass. This country leads the world in popular music and that claim now is not coming to this country, it’s going abroad. Our industry it’s all going abroad.

RD: The younger generation want to be careful of the world they’re creating. All of this micro brain management – I don’t think it’s very good for us. I’ve never been a fan of the internet: I think Twitter and social media has got its good points but it seems to have brought out the worst in sections of society. It feels like it’s the end of civilisation to me.

RW: You don’t strike me as very impressed with the state of science behind climate change?

RD: One thing you have to remember: All these scientists doing all this stuff –whether they’re right or wrong I’m not commenting on that – all I’m going to try and say here but all the scientists giving out all of these predictions are the same kind of scientists that gave out the Covid predictions. How wrong were they. Is there enough scrutiny going on?

RW: Back to music, you’ve been vocal about the government needed to come up with coronavirus insurance schemes?

RD: We’re not asking the government to pay anything: we’re asking for the standard insurance which we would pay for. We would be covered for the expenses we incur in starting a tour: by the time we go on tour this time we’ll be about a million and a half dollars in debt and if they say we’re locking down again, that’s a huge problem. All we’re asking is that if they closed us down they would cover our costs. I think that’s fair.

RW: And how are you healthwise?

RD: I’m as deaf as a post, eyes are going, ears are going but the voice is alright. I haven’t quite gone the full Tommy.