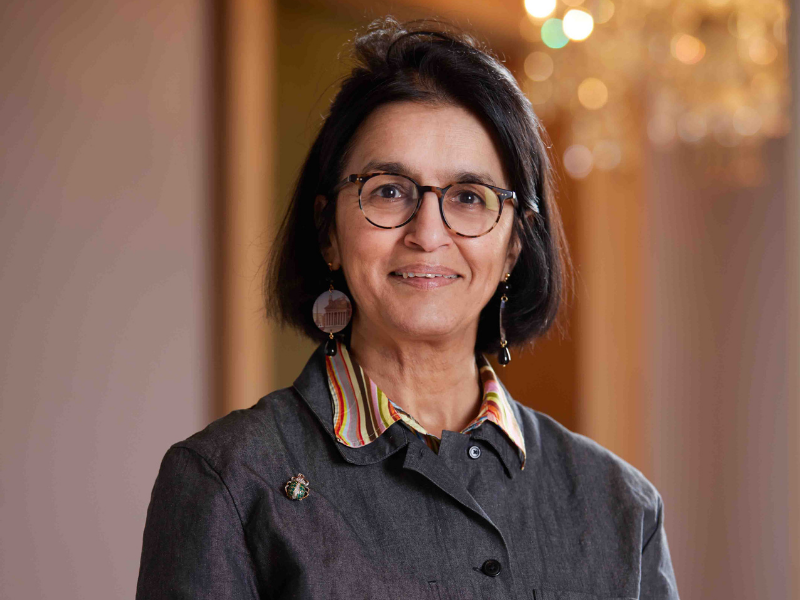 Can you tell us about your reaction to the Covid-19 pandemic at Grange Park opera and how you sought to navigate the last year?

Exactly a year ago (and a week beforethe Government announced a belated lockdown) we cancelled the 2020 Season. When I’d finished faffing around doing refunds, it immediately struck me that people were allowed to go to work, if they couldn’t work from home and why shouldn’t we create new performances . . . but film them. Thus, we created the Found Season involving 108 artists in 15 new events, eight filmed from the stage of the Theatre in the Woods. Other appearances included Bryn Terfel, Roderick Williams performing Schumann, piano virtuoso Pavel Kolesnikov playing Chopin and Beethoven and a pas de deux from English National Ballet.

Covid-19 has actually given us a unique opportunity to share the magic of great musical experiences – which are original, stimulating and food for the soul – with as many people as possible around the world. After the Found Season, we have created the Interim Season – employing more artists.

How many people do you employ at Grange Park?

Did you take advantage of the government furlough scheme?

Did you benefit at all from the DCMS’ funds for charities?

No, we didn’t apply for it! This was because I thought smaller charities with less access to London wealth should get the money. Little did I realise that it was a free for all. Some classical music agents applied for money and got it! Yet a singer who has earned £55k pa has no access to any money.

Overall, do you feel the Government response was satisfactory?

If you mean the Government response to the pandemic overall, I would say it was catastrophic (a) locking down so late in March (b) not having any checks on arrivals in the UK … there were 15k per day UNTESTED in any shape or form (c) eat out to help out (d) locking down in November . . . opening for two weeks partly . . . then allowing anyone to do anything over Xmas. I could go on and on.

Questions must be asked why so many people have died in the UK. And it isn’t over.

Tell us about your work with the Romanoff Foundation.

This is a new collaboration. Normally there would have been fascinating talks about the two Russian operas in this year’s season (Ivan the Terrible, The Life and Death of Alexander Litvinenko) but uncertainty is limiting what we can do.

Just how terrible was Ivan the Terrible?

Well, he loved his son. And he was probably damaged by his own lack of a father figure – his father died when Ivan was 3. I’ve been studying a long history of Russia and it seems that what happened before Ivan was there were bunches of gangs going round Russia proclaiming ownership of territories. Ivan tried to unify the country but at a cost to its people and long-term economy.

Has your audience become more global during the pandemic?

Our extensive filmed output has had 120k views. Some are in far-flung corners. However, when they will be able to get on a plane and visit the Theatre in the Woods . . . who knows??

Owen Wingrave sounds a fascinating project. Do you think you might continue to explore film as an avenue post-pandemic?

On Saturday 20 March we launched another filmed opera: Ravel’sL’heure Espagnole – filmed in a clock shop in Kensington. I am already planning more for the autumn. It’s a great way to keep close to the Grange Park Opera family.

What do you think we most miss about the live experience?

Feelings. Having a collective emotional experience.

Is there anything about the online music experience that is superior that you’ll want to keep once we’re all fully vaccinated?

I’ve been listening to a lot of the oldies playing the piano – Michelangeli, Lipatti and so on.

People are fed up of looking at screens. They are flat. That says it all.

It’s fascinating to see that you worked in the City designing computer systems – did you miss music during that time? Is there tension between the businesswoman and the artist in you?

While I was in the City, I continued to have an active music life, playing the violin in orchestras and chamber music. I used to practice in the lunch break. I know some of my computer colleagues thought I was a bit nuts.

Do you have any mental health concerns about people in the arts? In what ways have you reached out to support artists, musicians and those in your sector affected by the pandemic?

We have an Artist in Need fund and have distributed nearly 200k and our filmed projects are often the only performance work that an artist has been offered for a year. Even someone like Simon Keenlyside whose diary is absolutely full. Empty diary. One cancellation after another. What does it do to your mental health? Artists have to learn to live with rejection so some will be more resilient than others.

What would be your Desert Island Discs?

It’s a secret. I’m waiting for the phone call.

Goethe, looking back on his life, made a good and bad column. Totting it all up, he decided that music was what made the difference and had made his life worth living. Is there a listening experience that really changed you?

I love music – it gives my life another dimension. And I have a bond with people who feel similarly. Those that don’t . . . I want to open that door. The greatest gift of my life is being able to play a Mozart string quartet.

Was there a music teacher who really had an impact on you?

Probably my first piano teacher Gillian Stacey. She died about a year ago and I saw her in hospital the week before.

What character traits do you particularly look for in young employees?

Hard work. I don’t want to see them waiting for 5.30 and rushing out of the door.