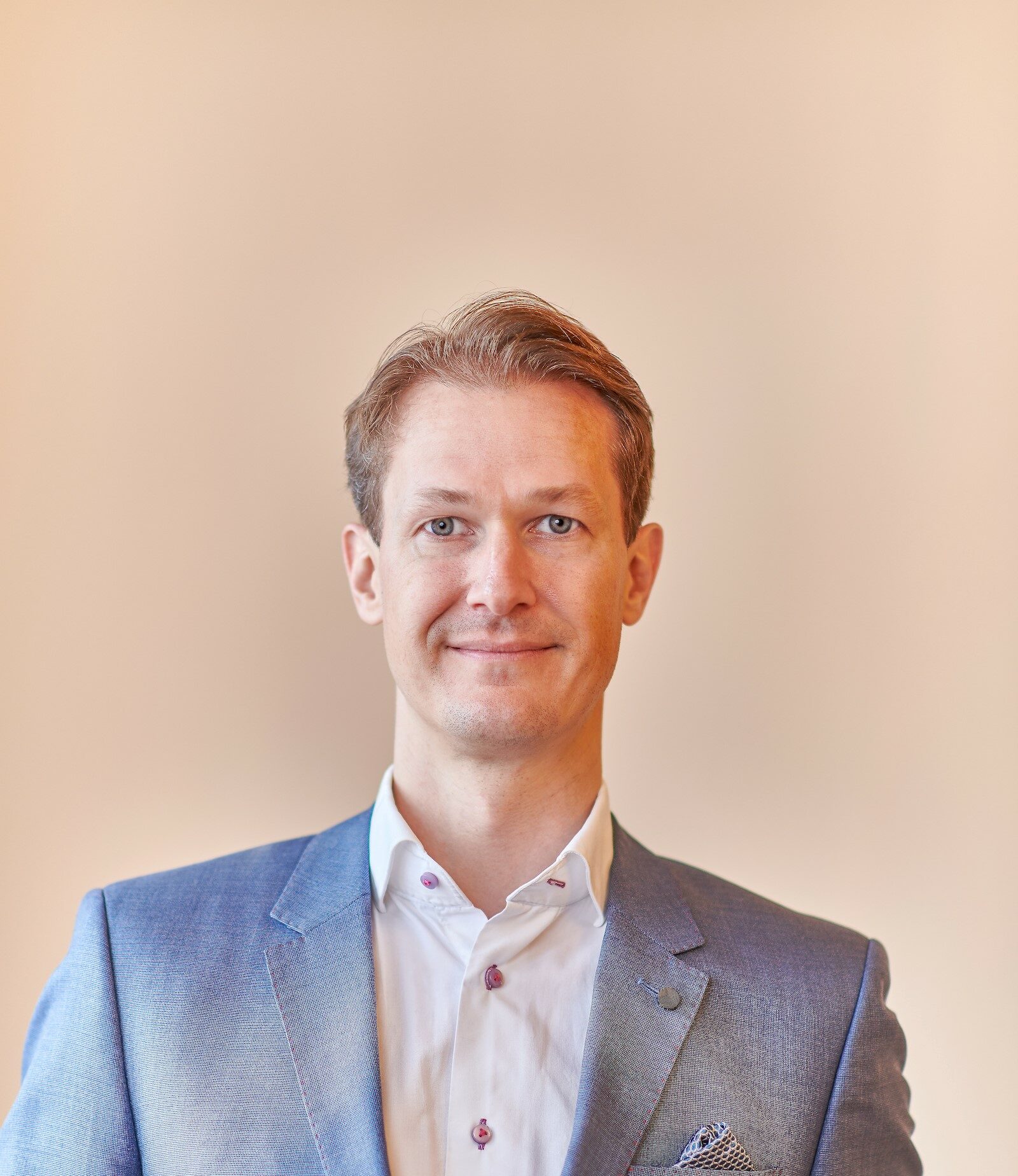 Paracelsus Recovery founder Jan Gerber: “A lot of therapy can happen making coffee in the afternoon”

Our collective commitment to the question of mental health might be one of the main legacies of the pandemic. Though we have now largely returned to work, the scars of Covid-19 remain, and we remain aware of our psychological fragility. This is an issue which isn’t going anywhere – and that’s good news for those clinics who are there to serve high net worth individuals in this space.

Paracelsus Recovery was founded by Jan Gerber’s family back in 2012. “My Dad’s a psychiatrist, and my Mum’s a clinical nurse specialist,” he tells me,”so we have this boutique niche rehab clinic which focuses on the world’s UHNW population, and people in public life.” The business was founded with an important insight: “We realised there was a special need for that demographic. It wasn’t being met on the confidentiality side or on the psychological side.”

A successful person will, of course, have a unique set of experiences – and these may amount to a specific set of struggles which need to be tackled with the very best methods. Gerber explains: “We realised that mental health is not just a question of psychotherapy or psychiatry: it’s actually much more complex than that. Treating one client at a time with the price tag we have, means that there’s budget to look at an individual from a 365 degree perspective.” So what does that entail? “We look at hormone levels, gut health, biochemical markers and so on, on top of psychological assessments and so forth. We found a lot more underlying reasons which could fuel someone’s mental health or addictive behaviour: these are rarely addressed due to budget constraints.” 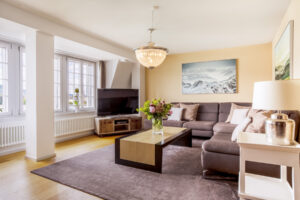 So how did the pandemic affect Gerber’s client base? “A typical CEO is an outgoing person, but sometimes with certain traits such as ADHD or bipolar which may not meet all the diagnostic criteria, but will make them very successful in the first place. But it usually also means they need direct interaction with the people around them.” Prior to Covid-19, the big meetings would still happen in person (“That’s why big corporations have private jets”) but when things changed so dramatically, it often made these high fliers struggle.

Of course, there’s also a generational aspect to the client base. “It’s common knowledge that mental health struggles – if not addressed adequately – spill down to the next generation,” he explains. “There’s probably a genetic component to that which is still being researched but there’s definitely a component which relates to how kids are raised.”

Of course these sorts of problems can still happen even when wealthy parents have the best of intentions. “Nannies, and boarding schools and so forth – all that can create massive problems in a child’s self-esteem,” Gerber continues. “We see it also with entertainers who are so busy with their roles that they can hardly devote time to their children. We talk about neglect at one end of the socioeconomic spectrum, but there’s neglect here too: we can call it affluent neglect.” 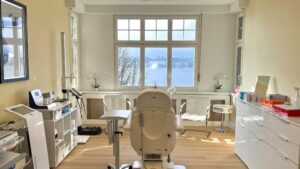 In Switzerland the clinic can look after children from 14 and up; in the company’s London branch, patients begin at 18. But no matter who the clinic is treating, it always tries to bring in the whole family unit to the treatment process. “Normally after a few weeks of focusing on the person and stabilising them would be the right time to bring in family members. It’s essential that the client’s journey isn’t out of sync with the rest of the family. They need to understand the journey, and their own role.”

What really sets Paracelsus apart is its 15:1 ratio, meaning that patients have a degree of attention which will be the envy of those who know that their problems require a deeper level of treatment than is typically possible either at the NHS-funded level or even when it comes to the sort of paid care the middle class can afford.

“There is usually a massive cost constraint on mental health disorders,” explains Gerber. “Our patients see a psychiatrist every day for a couple of hours. We have a live-in therapist – an addictions counsellor – who stays with the client in the same residence, so they’re there for 24 hours. A lot of therapy can happen making coffee in the afternoon, or standing at the kitchen table, or going out for a walk.”

Nutritional scientists are there to monitor gut health; bio-scientists put meal plans into place for the client. Yoga teachers, personal trainers, and massage therapists come in. Dedicated housekeepers, chefs, and drivers complete the picture. All of this is orchestrated by clinical coordinators: “It’s like Swiss clockwork,” Gerber says. “In rehab that doesn’t have that kind of close attention, often problems go by unnoticed – sometimes for many days, and sometimes forever.” 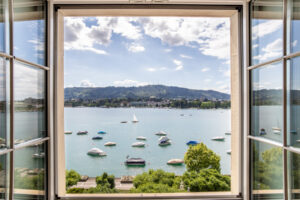 It’s an international clinic and so I take the opportunity to ask him if he sees any national trends in the world’s mental health. Gerber replies: “One difference keeps cropping up: people from the Middle East struggle more with structure than people from the West. In the west, we tend to have meals at more or less specific hours and that puts people in the Middle East at a disadvantage when it comes to mental health recovery, as structure is very important. In some countries, such as Saudi Arabia, there’s no such thing as a schedule. You can say you have a meeting at 11am and someone mightn’t show up and that’s absolutely fine and part of life. It’s not for us to judge if that’s good or bad but it’s definitely not supportive for mental health struggles.”

I ask if the UK’s predilection for alcohol comes up in clinical practice: “Absolutely. The biggest issue I see with alcohol is this: because it’s legal and part of our social interactions, it’s considered less harmful than it actually is. I’m not saying it should be outlawed but it can be more disruptive and destructive than many illicit drugs are. When the slippery slope starts it’s really hard to identify. If you see your friends snorting cocaine, you might think there’s an issue there, but maybe not with alcohol – even though it might actually be more harmful.” 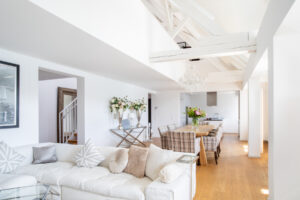 Gerber also points out that some addictions, like food or sex addiction, can be difficult to kick because they are part of our lives. “Sugar is quite an addictive substance and it’s a tough one to kick. Sex addiction is a tough for one as you can’t cut it out forever – you need to learn to live with it healthily, and develop a healthy relationship with that activity.”

I ask Gerber where we are at the moment with mental health and whether there’s anything more government can do on this front. “Government has a big role and it’s a very difficult job,” he says. “It’s easy to pick on all the mistakes and lack of funding and so on, and how that’s deployed because there’s never enough, but government definitely has a role in regulating certain substances. Portugal has shown that legalisation is often the right way to go – but that doesn’t mean addictive substances should be unregulated or untaxed.”

Gerber is clearly passionate about this issue. He continues: “There’s a big role for government in awareness work and in regulating advertising. There’s also a lot of prevention work to be done at schools and with parents. We also need to consider social media and online shopping and the way they’re designed to make people hooked in ways which can be destructive to people’s mental health. But government always lags behind because it’s a bureaucratic process, and government has a lot of things on their plate.”