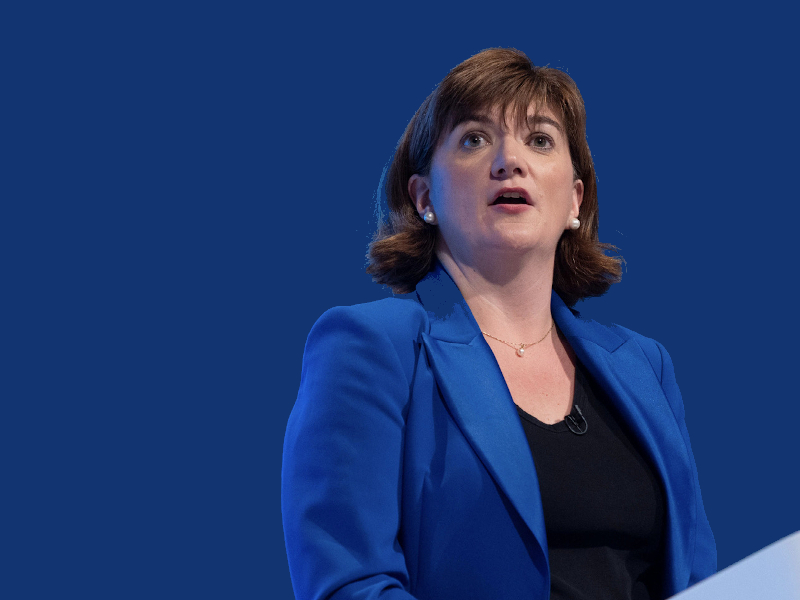 We’re in the fortunate position of being in lockdown in Leicestershire so we have countryside and walks. We’re lucky having a garden; our lane has got quite busy but everyone’s social distancing.

My last day in Parliament was the 12th March so things weren’t as serious as the following week. Once people started cancelling things in London, it felt the wrong place to be.

One thing I’m interested in – especially now – is the formation of character. This period may give us lots of examples to draw from in terms of that. People have found themselves in an extraordinary situation. Obviously, there’s the sheer number of people sadly losing their lives; but then there’s the speed at which things changed. Normally, if you’re in a war or a recession, you can see it approaching down the tracks. With the virus, those who were tracking these things may have had an inkling, but even a couple of weeks before, we were watching Italy’s lockdown and not thinking it would happen here.

Normal politics has been suspended. What the virus has done is make ministers prioritise. The Department for Culture, Media and Sport will be focused a lot on the question of charities; they’ll be listening to various sectors about what is happening economically. It must be very difficult for those who arrived after the reshuffle with their own agenda – and then within three weeks found that has gone out of the window.

And then your boss goes down with the illness himself. That also concentrates minds. I haven’t spoken to the PM, but I sent him a get well message. I got a brief acknowledgement, and we’re all thankful he’s come out the other side.

Both David Cameron and Boris Johnson are similar to work for. Both lead from the front and have firm views about what they think on things; both are willing to engage in discussion, but ultimately make their own decisions. That’s why the Cabinet was able to carry on without Boris there – because he will have set them a firm goal as to where they’re going.

The Department for Education will have its priorities too. They’ll be looking at education of keyworker‘s children; and trying to work out what schools can do to help vulnerable children. There are always going to be tensions between DfE, schools and the teaching unions but everyone threw those tensions aside. But suspending exams was the big decision, of course.

The financial situation is concerning. When I was chairing the Treasury Select Committee in 2017, we found that there are millions of people in this country with less than £100 in savings. There’ll be people applying for universal credit – especially the self-employed – who never thought they’d have to explore that option.

Unfortunately, we can’t help everyone. There could be a crunch at the end of April, when people have to run payroll. If businesses haven’t got the cash in the bank, and the HMRC payments don’t get through, then workers may not be paid. That’s a huge concern: and the lockdown happened so quickly, there was no time to prepare for it.

The historic parallels don’t always run. With the Spanish flu, the media was very different. The influenza was mentioned just once in the House of Commons in 1918. Lloyd George got it and returned to Westminster with a respirator. Interestingly, the only public health legislation that went through during the flu was for better ventilation in theatres.

It’s hard to imagine what the ‘new normal’ will look like for people leaving university. One big thing will be more agile working. There’s no doubt that there are people who’ve wanted to work from home and do hours differently who can now prove to their employers they can get work done without being in an office. It will also be interesting to see if business travel returns. We will need to recalibrate. We’ve been saying for years that climate change is a global emergency. Now we know what a global emergency looks like. The good news is that innovation comes to the fore in times of crisis.

Meanwhile, my post-politics employment plan is suspended too. I’m still working out my new role in the House of Lords. At DCMS, I came to realise that data is the new gold. Those who control data are in a commanding position, and we need to think about who we’re handing it over to. So that, alongside the character agenda, is something I’ll be talking about.