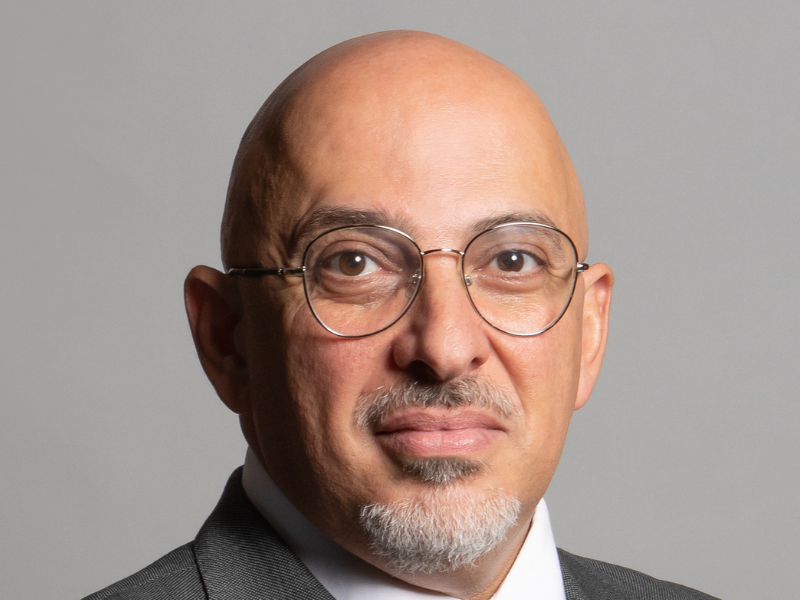 New Secretary of State for Education Nadhim Zahawi on coming to the UK, the vaccine programme, and why Theresa May is misunderstood

My parents came to these shores in 1978. I was 11 years old and I couldn’t speak a word of English – or very few words. I was a very proud young man in the sense that I didn’t want to make mistakes in class in school with my English, so I sat in the back of a class trying to string words together to make a sentence to join in the class. Of course by the time I made the sentence in my head, the subject matter had moved on!

So the teacher called my parents and said, “Look, we think that he has a learning disability because he is really not contributing at all.” And within six months of course I’d picked up the language, and very quickly worked out that this is an amazing country where there are many people are prepared to help a young man like myself.

There were lots of mentors who have helped me in my career. I went to University College London, where I read chemical engineering. Very fortuitously in many ways, I founded YouGov which has now become one of the United Kingdom’s unicorns, and is now worth over a billion dollars. I left that 10 years ago after taking it public. I am particularly proud now to be the Member of Parliament for Stratford-upon-Avon in the heart of England, which is the birthplace and the resting place of William Shakespeare.

All this means that every morning, I wake up and pinch myself  to think that the boy from Baghdad, born to Kurdish parents, has achieved this. I attribute it to the extraordinary nature of this country which offers two gifts. One is freedom, and the other is opportunity. These two things embody everything which is great about the family of nations that makes up the United Kingdom.

I am sometimes asked how I relax in my high-pressure roles. One thing I love doing – and which everyone should do – is to walk, as it’s very good for the mind. During 2021, walking has kept me sane. I actually listened to a programme on Radio 4, and there was an advert for mental illness describing how the best way to combat that condition is to walk. If you ask me the best way to unwind is put on trainers and walk to work. We’ve been in a pressure cooker this past 18 months and I think it’s good for the soul.

The other thing I do is watch box sets late at night. By far the best we’ve watched so far has been Larry David’s Curb Your Enthusiasm, which simply can’t be outdone.

I’m asked sometimes which politician is the most misunderstood – I’d say definitely Theresa May. She can be amazingly passionate about a cause, especially on behalf of her constituents. I saw this in action recently. She came up to me in the House of Commons and said, “Nadhim, I really need to talk to you”. And I thought, ‘Wow, where is all this energy coming from?’.”

When I think back on what we did in the vaccines programme it was extraordinary. It was a truly impressive coming together of institutions, with the NHS at the centre of the core delivery mechanism, but people don’t know how absolutely embedded our Armed Forces were in that whole process. I particularly salute Brigadier Phil Prosser, who is the commander of the 101 Logistics brigade and is brilliant at delivering things to remote terrains and geographies around the world, in Iraq and Afghanistan.

I should add that the private sector has played an equally important role, with Boots and Superdrug at the back end of the chain. At the front end DHL has done a great job delivering the vaccines to the primary care networks. It was a real coming together of the private and public sectors. That’s before you count the 80,000 vaccinators that have gone through the training programme – or the 200,000 volunteers that have come forward to be marshals and receptionists.

Brigadier Prosser described it best. He said: “Minister, we’re building a supermarket chain in about a month, and we’re going to grow it about 20 per cent every week.” And I said: “That’s right, Brigadier, that’s exactly what we’re doing.”

I’ve never been a great policy man, or a think tanker. I love operational challenges, and I was grateful to the prime minister for picking up the phone in mid November, and saying, “Nadhim, I want you to do this job for your country.” It was a great privilege to do.

Of course, the press can sometimes make top-flight politics stressful. But the media have a job to do. This is a democracy. I will take an aggressive free press any day over a dictator. You only have to look at what’s happening to Russia, or the Uyghur people in China. A free press is what makes this country truly great. Is it challenging? No doubt. Can it be frustrating? Absolutely. But I value that freedom far more than I lament the challenges that come with it.

Nadhim Zahawi was talking to Emily Prescott and Robert Golding