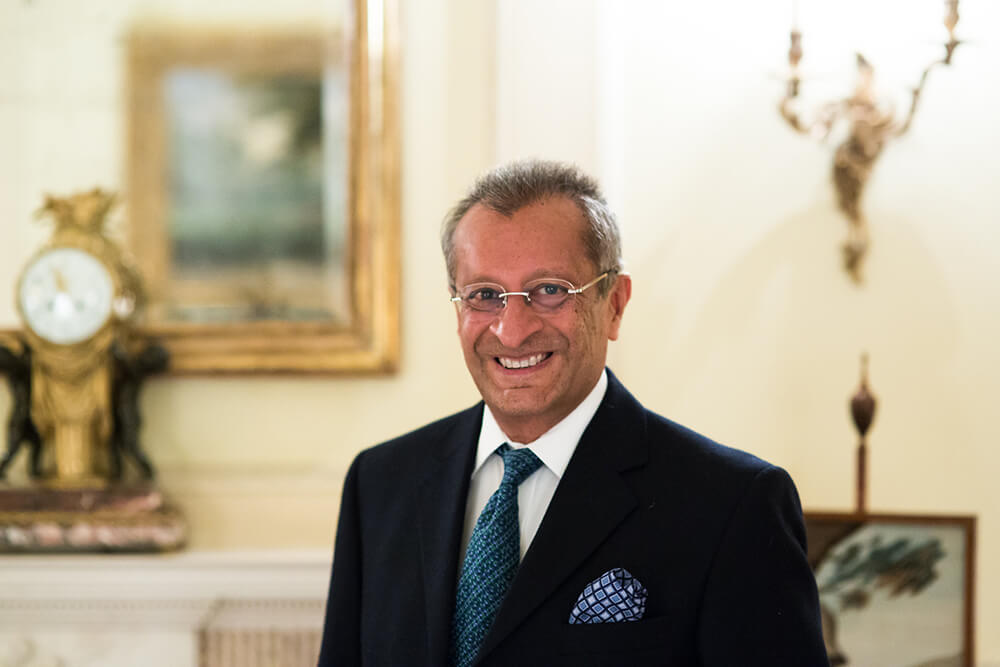 Mohamed Amersi: “We ignore the Middle East at our peril”

Russia is today’s global hotspot but we ignore the Middle East at our peril, according to businessman and philanthropist Mohamed Amersi

Russia’s invasion of Ukraine has galvanised the international community and triggered a combination of diplomatic condemnation and economic sanctions, unprecedented in recent years.

Seen from a UK perspective, the response to Russia’s actions has been swift and strong. It has re-energised NATO and united the EU whilst giving Britain an opportunity to show it can still play a leading role on the world stage in the post-Brexit era.

But, despite the formidable international coalition ranged against Russia, we should not make the mistake of thinking that the rest of the world sees the conflict in exactly the terms that we do.

In the Middle East, the situation is more nuanced. On February 28th, four days after the invasion, the Arab League, which represents 22 Arab states, issued a statement that failed to condemn Russia and was lukewarm towards the Ukrainian cause. The UAE abstained when the first UN Resolution condemning Russia’s invasion was proposed.

Responses have hardened since then, but nevertheless there remains a body of opinion that the West is guilty of double standards and hypocrisy. Critics ask: are Russia’s actions in Ukraine so different from the wars waged by the US and Britain in Iraq, Afghanistan and Libya?

If there is to be a diplomatic reset what does that mean for the Israel-Palestine question or the conflict in Yemen and Libya? Why was the same approach not applied to refugees fleeing devastation in Syria, Iraq, Yemen and Afghanistan? Sceptics argue say that countries of the Middle East are often used as a playground to settle scores by the use of proxies and ask whether there are parallels with Ukraine.

During my career as a lawyer, financier and entrepreneur, I visited all but one of the 22 countries in the Middle East and Africa (MENA) region. I am concerned that the region is so little understood by the new crop of parliamentarians, even though it is gripped by huge geo-political issues which will return to centre stage and ultimately have as great an impact as Russia’s invasion of Ukraine.

Sadly, this attitude is not confined to backbench MPs who may not be primarily focused on international affairs. It also appears to be shared by Boris Johnson’s government.

Earlier this year, he abolished the Middle East and North Africa portfolio held by James Cleverly and made him minister for Europe and North America instead. Despite mounting tensions and ongoing wars in the region, the Government does not seem to believe it needs a dedicated MENA minister, merging the role with others in the department. It is too early to tell whether splitting the Middle East role amongst three Ministers will prove more engaging than having a single Minister, given that conflicts in the MENA region are all inter-connected.

That smacks of a “Little Britain approach” and it makes no sense. The potential for further conflicts in the Middle East should alone be enough to make it a key area of foreign policy for the Government. But, in addition, the region is crucial to its ambitions of promoting a ‘Global Britain’ in the post-Brexit trading world.

With its long history in the region, the UK has relationships which could give it an advantage over other trading blocs, but only if they are deployed judiciously. Yet the Conservative Party currently has no group representing its interests in the region.

The Conservative Middle East Council (CMEC), which was established in 1980, disaffiliated from the Party in 2019, having stayed from its founding principles to foster better understanding of issues in Palestine and the wider Middle East. Instead, it has become closely aligned to certain Gulf States, raising funds from unknown donors; organising junkets; and receiving payment for its services.

In 2020, I was asked to discuss the establishment of a new organisation fully affiliated to the Conservative Party with the objective of promoting understanding and cooperation between the party and the countries of the MENA region.

My vision for Conservative Friends of the Middle East and Africa (Comena), is as a friendship group which organises exchange visits, lectures and cultural events to promote greater understanding of the region and stronger ties with members of the Arab Diplomatic Corps in London, opinion leaders across the Arab world and with the MENA diaspora in the UK.

The vision embraces the entire MENA region, rather than ignoring North Africa and the Levant. No funding or funders would be allowed to dictate the agenda and the group would exert a positive influence through mutual understanding, co-operation, and dialogue. Promoting peace and prosperity throughout the region would be our goals.

More than 100 parliamentarians, diplomats and Middle East experts expressed interest in membership, subject to its affiliation with the party and complying with its constitution. The UK needs to re-set its relationships in the Middle East and Comena could give this vital work fresh impetus because it would be a new organisation, focused on the region’s future, not its past.