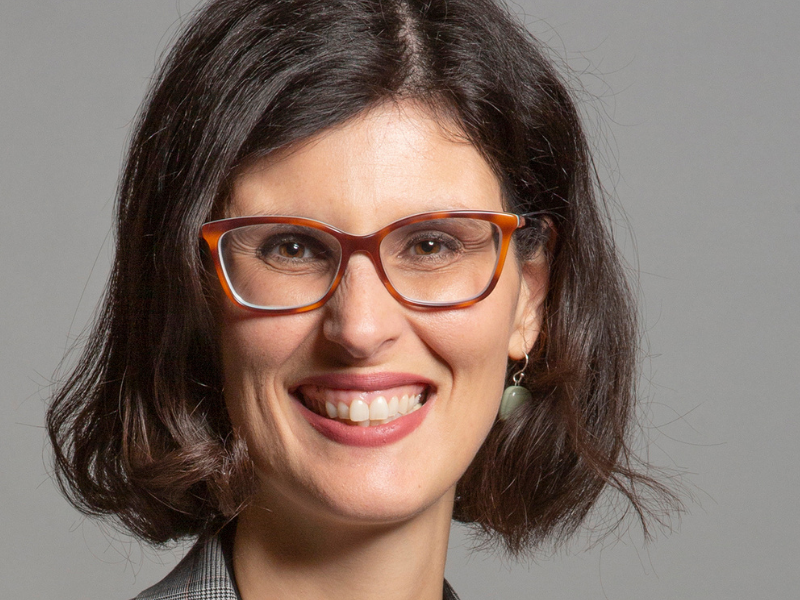 Layla Moran on International Development: ‘It beggars belief that the government isn’t listening’

When Boris Johnson decided to cut the Department for International Development (DfiD) in June of last year, his reasoning was, unsurprisingly, based on safeguarding British needs over others. He said that UK overseas aid “has been treated like a giant cashpoint in the sky, that arrives without any reference to UK interests”.

Since Rishi Sunak’s heavy cuts to Yemen aid announced on Wednesday – a near 60% slash – the government’s insular approach towards international world affairs has once again been brought to the fore and prompted heavy criticism from ex PMs such as David Cameron.

Neither instance of UK isolation are isolated events; they seem to be part of a wider pulling-back of responsibility from tackling the world’s issues. We saw this with the government’s cuts to foreign aid in January from 0.7% to 0.5%, and we’ve seen it with Brexit. On a philosophical plain, the right-wing, Britain-first rhetoric of Brexiteers seems to be in play here: that, over and above all else, our government should prioritise domestic needs over international ones.

Layla Moran, Lib Dem Spokesman for Foreign Affairs and International Development, sees it differently. “Fundamental to Lib Dem values is that global problems need global solutions; just because someone else is somewhere else in the world doesn’t mean we don’t have a duty of care to them, especially if they are at risk of starvation,” she says. Moran sees the cut to Yemen aid as “an embarrassment” and hopes that the “sharp contrast between what we are doing and what the Americans are doing will serve to remind people of what Boris Johnson’s agenda actually is really about.”

Moran says that the government’s approach towards international affairs has changed considerably since the time of the conservative coalition, when “there was a real sense at the time that all the parties were pulling together in the same direction”-which explains why three previous PMs have criticised Johnson for his approach to foreign aid. In its place, says Moran, has risen an “enlightened self-interest”, which stops the progression of economic migration and encourages others to bear the brunt of climate issues.

These narrowing interests have had a huge effect on the charity sector: according to NCVO’s UK Civil Society Almanac report in 2020, the proportion of charity income that comes from government was at its lowest point in a decade ahead of the coronavirus pandemic.

The pandemic added fuel to the fire: a study last June showed that nearly half of UK charities for developing countries were set to close within 12 months following the first lockdown due to lack of financial support. The catch-22 has been that whilst 72% have seen increased demand due to the pressures of Covid on developing countries, 68% received absolutely no government funding at all.

“We rely on Save the Children and other smaller charities for a lot of the work that we do,” says Moran. “They are now in a moment of crisis: the proportion of charities potentially going under is enormously high.

“I’m seriously concerned about that: as soon as an organisation folds you lose that institutional knowledge. We really will struggle to get those links back up and reestablish the important role they play in both civil society in the UK and also abroad”.

“That could be one of the unintended causalities of coronavirus. If smaller charities start to go under, then I think we’re in real trouble”. One answer, says Moran, may be to alter the charity model post-Covid. “It’s now time for charities to join their voices together; I think we need a coordinated response to raise public awareness”.

As an MP of Palestinian descent- the very first, in fact- Moran says her background and life experiences have shaped her view of the part we must all play in helping those less lucky than us.

“It does make you appreciate the world in a different way”, says Moran. “We were taught to appreciate everything we had- as a refugee, my mother had almost nothing growing up and she had to develop enormous resilience.” Moran still has family in Palestine who are living in segregated circumstances, and says it’s “heartbreaking” to hear the stories from back home.

Her father’s job in the diplomatic service for the EU meant that Moran grew up living in war-torn countries like Ethiopia and Jordan. “Those very early memories were so important”, says Moran. “I remember when I was about five we were living in Ethiopia in the midst of its war with Eritrea. I was exposed to huge levels of poverty- literally on my doorstep- and constant military parades outside our house for months.

“I remember asking my father why this was happening, and he explained to me that the dictator who ruled at the time wanted to exert his own power and chose to spend money on tanks over feeding starving people. It became a huge driving force on why I care so much about these issues.

“You can talk about geopolitical shifts and you can speak philosophically and esoterically about world politics, but in the end it all comes down to real people. I keep those individuals in the front of my mind- that’s my motivation and everything else stems from there.”

I point out to Moran that if an unintended causality of Covid-19 has been reduced attention to world issues, then a welcome one might be that it forces us recognise the importance of thinking laterally rather than locally. But she says the way the UK government has approached the vaccine roll-out has only served to highlight our innately “insular” nature: “We haven’t appreciated that no one is safe until everyone is safe. There are parts of the UK where 50% of people are vaccinated- which is an extraordinary achievement- but there are places in the world where not even a handful of health care workers have had the jab.

“It’s important that we help to tackle the world’s problems together. It beggars belief that the government isn’t listening.”