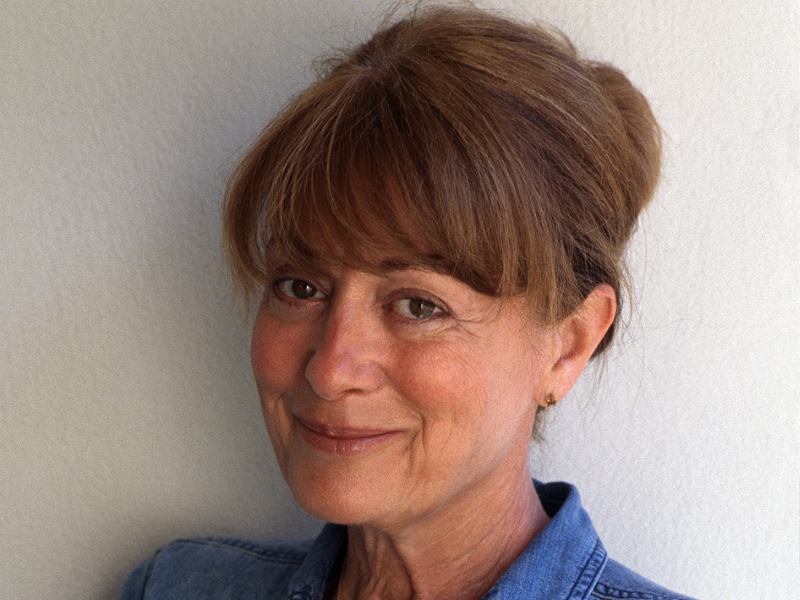 Founder of the Blue Pencil Agency Sara Sarre: “Writing is a gift”

Editor, writer and founder of the Blue Pencil Agency Sara Sarre speaks to Georgia Heneage about the bureaucracy of the publishing industry, the personal events which led to her first novel and buckets of advice to budding young writers.

The publishing industry has changed

An artist is a rule breaker, boundary pusher, and brave commentator on the state of society; art is a dangerous craft which should challenge the status quo. These have been the governing principles of the arts sector for centuries. “Learn the rules like a pro, so you can break them like an artist,” said Pablo Picasso as he transformed traditional portraiture into strange, abstract shapes. Banksy- an artist whose work is almost self-consciously defined against the commercial art world- argues that artists should “think outside the box, collapse the box, and take a f**king sharp knife to it.”

The fact that the term ‘Creative Industries’ was first coined by New Labour in 1998 shows how even in its inception the industry was born out of economic interests. And the fact that the artists themselves were not beneficiaries of the employment boom which ensued- and led to more jobs in areas like marketing and sales- is even more telling.

Despite what Banksy says, the freedom of the artist to work against the commercial, money-oriented mainstream seems to be the luxury of a bygone era. No longer can artists bend the “rules” towards their own craft, as Picasso said. The rules now exist as binding mantras which keep artists under the bureaucratic grip of the industry, and it’s now near impossible for artists to have complete freedom over the direction their art takes.

This prioritising of profit as the capitalist edge of the arts sector has inflected the publishing industry in the UK. Sara Sarre, whose work as an editor, writer and founder of literary consultancy Blue Pencil Agency has given her an insight into the rotten core of the publishing industry, says the problem is that it has become prescriptive and books now have to have a marketing hook over and above all else.

“Twenty years ago the publishing industry started to change,” says Sarre. “Editors once nurtured young writers, and it was all about what a writer had to say. Now the sales team have far more power than editorial.

“Writers are now more concious of the market; a lot of authors are getting out there not because they are brilliant writers but because they have brilliant concepts. You really have to consider your audience and understand that this is a business”.

It was from this recognition of the power imbalance in relationships between writers and publishers that Blue Pencil Agency was founded: “I set it up really to help writers edit their own work and get to a stage when an agent would then have a look at it”, says Sarre. The agency is focused on bringing back that element of nurture which she believes should be the bedrock of every literary relationship.

It has become somewhat of a post-pandemic truism that great art (in particular great literature, because of its unique medium) is born from worldwide catastrophes- the war, the depression, the bubonic plague. The events of the past year will no doubt be no different.

But, like post-war literature, it may take decades for works to emerge which reflect quite literally on the pandemic. Sarre says that though BPA have received lots of submissions inspired by the pandemic, “as a literary subject, at the moment everyone’s avoiding it. I don’t think anyone wants to hear or read it because we’re still in the middle of it: it’s hard to reflect on because we don’t really know the outcome yet”.

Like the book market as a whole, Blue Pencil Agency’s business has soared since Covid. Sarre jokes that agents and editors have developed a regularly-discussed “submission fatigue” because of the sheer amount of material which has been created over lockdown.

One of the more negative aspects of Covid on the literary world has been that it’s made an already saturated market almost unbearably impenetrable, especially for young writers. According to Sarre, there’s a lot of good writers not getting published just because of the sheer amount of material being generated at the moment.

The spirit of youth: what advice does Sarre have for emerging writers?

Despite the overloaded market, Sarre is adamant that now is a “very good time to be a young author”. The phoenix-like literary moment of Sally Rooney’s Normal People was pivotal for young writers, and Sarre says there’s since been a massive wave of fresh young voices.

So for those budding young authors out there just starting to dip their toes in what can feel like a challenging sector to breach, what are Sarre’s nuggets of wisdom?

Last week, Sarre published her novel Mothering Sunday under her pen name Sara James. It tells the story of a young mother who has to give up her child. The reception, she says, has been unexpectedly “fantastic”, and the book has taken on “a life of its own”.

Did her own principles of writing and her perspective as an editor come into play? “Definitely. Being an editor taught me to write- you learn to avoid all those typical mistakes that every author makes.”

Sarre’s book, though, seems to have bucked the trend she herself identified: that in tailoring one’s work towards a particular commercial readership, a writer inevitably loses a sense of the autobiographical.

Mothering Sunday sprung (albeit subconsciously) from deeply personal experiences. “It’s a young woman’s story with an older woman’s perspective”, Sarre ruminates. “My mother abandoned my brother and sister for a short time. The ripple effects of that decision were huge; the whole family never got over it.

“Everyone one of us, including my mother- who died quite young I think as a result of the stress- suffered.” Then, when Sarre got pregnant as a student, her sister’s response was to give it up for adoption. “Though I didn’t marry the father, I wanted to keep my child and now he’s very much a part of my life.”

It’s a book for mothers. And though she wrote for her reader, which is clearly why the book has been such a commercial success, the process of writing was indeed “healing” for Sarre, who felt like she was “bringing out into the air” an issue which lay at the core of her wider family.

Sarre’s next book, however, has nothing to do with her own life. “I’ve learnt to write for the reader, and I now know my audience- or I’ve been told my audience by my publisher- which is women.

“You take what you know- what you’ve learnt, what you’ve lived- into the work. But one of the biggest steps I’ve made as a writer is understanding that it’s not for you. It’s a gift; it has to be. It’s your responsibility to take your reader on a journey away from the world they know and into another. By doing that, you let go of your own fears.”