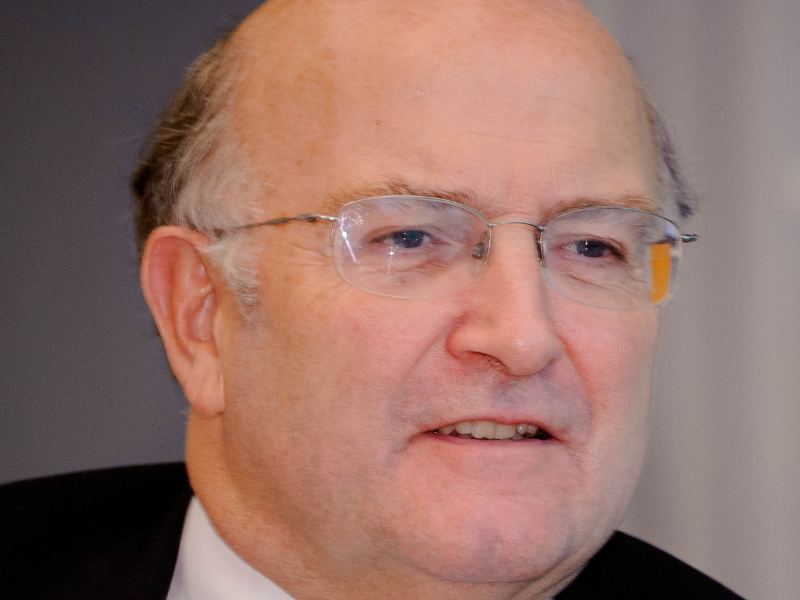 Economist Roger Bootle on the positive side of AI

It seems strange to recall now that before the ghastly Covid pandemic descended on us there was a massive obsession in the media and elsewhere about Artificial Intelligence and robots. The conclusion was fundamentally negative. Most people argued that this great technological improvement was going to bring some form of impoverishment: basically, we were all going to lose our jobs.

I got stuck into reading it all – and found that most of it was written by non-economists. I discovered they had their economics upside down and it was time for an economist to get to grips with it all, which I did. My take on the subject was fundamentally optimistic, so my book stands out from others on the subject.

You’ve got to start with the history and the technological improvements which have been going on for ages. Since the Industrial Revolution, we’ve had a wave of improvements which have knocked out various jobs and skills, and in some cases industries. Others have sprung up to take their place. For me, the question was why should AI be any different?

When you got down to the specifics what the pessimists focused on was that essentially there were going to be no areas where human beings will be able to compete with robots. They say that AI will be different as past machines had to be operated by human beings. I looked at that and thought: ‘That’s bunkum.’

For a start the capability of robots is massively exaggerated in the literature put out by the enthusiasts. Every time I go through an airport, I chuckle at the AI-enabled automatic passport machines. When they work, they’re fine: rows and rows of officials guiding you here and there. When they don’t work, humans come into play. If we go onto robots, they’ve been going on in industry for forty or fifty years but the idea of the omni-capable robot is a long way off. They don’t have sufficient manual dexterity; they can’t plump a cushion or tie a shoelace.

Of course, those shortcomings could theoretically just be temporary. But more important is the question of what you think human beings are. I quote someone as saying in my book that “the human brain is just a computer which happens to be made of meat.” I think that’s fundamentally wrong. There’s something about the way the human mind works which is very different from the way a computer works: we use instinct and make great jumps which a computer can’t make.

Take medicine as an instance. Not only is there room for great advances in record-keeping but also in diagnosis and some people suggest this will lead to the redundancy of medical professionals and surgeons. This is complete and utter nonsense. Human beings needs to interact with and trust other human beings. You’re not going to go along to an AI surgery and hear a robotic voice say, “You’ve got to have your leg chopped off” – and just go, “Okay.” We’ll need to have human beings intermediating between us and the robots and AI.

At the moment, robotic surgery has bought some terrific advances but what it hasn’t done is make surgeons redundant. What it has done is make surgery much more accurate, reliable and quicker and potentially have it done at remote distances. I see a whole range of jobs where humans beings will want to interact with other human beings. There’s one thing which robots will never be better at than robots – and that’s being human.

Of course, that doesn’t mean we’re not seeing the more menial tasks removed in favour of robots doing more. Checkout tills are still a nuisance at the moment, but they will get better. Translation is another interesting one. When these translation apps first started they were useless; now they’re not bad. Google Translate does a pretty reasonable job. Basic accounting and basic legal services are also possible.

It won’t undermine the need for labour for people at the bottom of the heap. It’s the clerical positions which will change – people doing admin and clerical type jobs. I suspect they’ll be replaced. But overall, I see it as something which will massively increase productivity over time.

Roger Bootle is the Chair of Capital Economics