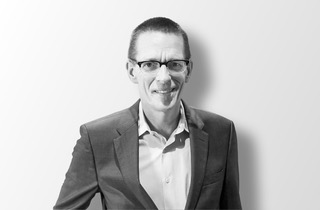 Dean Gustar of The Kusnacht Practice on addiction, the UHNW mindset and why the tone of discussion on alcohol needs to change

Given that The Kusnacht Practice is the leading practice in the world for helping people with addiction issues, you encounter its people armed with pre-conceived notions about them. You try to imagine what the high quality of its many specialists will look like in the flesh. But reality has a way of second-guessing this – and in fact is always more interesting than what we’d pencilled in our minds.

Of course, the place is brilliantly staffed and well-resourced – as you might expect. But somehow you’re not quite prepared for Dean Gustar, the organisation’s Head of Clinical Operations, who has an earthy compassion and a depth of knowledge that impresses immediately. The sense is of a man who has lived through many experiences – and indeed he tells me that he has had his own struggles with addiction in the past.

The more time you spend with him, the more his presence at the clinic makes sense: this is a smart man, who cares deeply about his patients and understands what people are going through when it comes to addiction of all kinds – everything from gaming and alcohol, to drugs and overeating.

“Before I worked at The Kusnacht Practice I’ve never really been around wealth,” Gustar explains. “One of the things I’ve learned is that wealth can be very dangerous. It can be a very lonely place. For instance, it’s very hard for wealthy people to trust other people. And if something doesn’t feel right, they’re used to changing it quickly, with a snap of the fingers. That can make the challenge of behavioural change even more difficult for them.”

That feels like earned wisdom. Gustar has that look of unstinting compassion which you sometimes find in the healthcare sector – the look of a man who is somehow never exhausted but instead mysteriously energised by his proximity to suffering.

He continues: “And of course, their addiction isn’t really going to impact on them financially so that creates less of an incentive to change. Nobody’s going to come and repossess their house.”

Gustar lives in Zurich, about 15 minutes from The Kusnacht Practice. Born in the West Country, he also used to live in Peckham, and knows that part of the world well – the sense is of a down-to-earth Englishman somehow deposited in upmarket Switzerland.  “I used to live on the Peckham Estate, and when my friends came over I used to walk them back to the station – they were in fear for their lives,” he tells me.

In addition, patients normally come to Gustar because of a longstanding pattern of behaviour which has itself been of use – or seemed to be of use to you. “The very thing that may be causing the damage, by its nature is going to be very difficult to let go of because maybe it’s been a survival strategy for you to take drugs or drink or overeat or gamble – or whatever it might be.”

The signs are that during the pandemic these addictions have been increasing as a result of the Covid-19 pandemic: “We’ve seen people whose drinking or drug use has increased as a result of feeling isolated, and not being able to partake in life as they used to,” he explains. And why is that? “Maybe some of the things that help regulate their alcohol use – visiting their parents or going on holiday or feeling productive in their work – have been lost, leading to an increase in other behaviours.”

And, of course, this is the case even when we have all been less exposed to that dangerous thing, the boozy work lunch. “It’s a good point,” says Gustar. “Some of these boozy lunches, there’s this undercurrent of relationship building, where people are engaged in drinking, and where drinking is a kind of obligation.”

But that sense of obligation, especially in beery England, can crop up with great regularity in everyday life. So how do you combat that sense of obligation? “You have to develop your own strategies for dealing with these situations. When it comes to people who care about you or people that love you, if you tell them you’re not drinking and if you feel comfortable telling them why, they should care enough about you just to accept it and support you –and maybe even look out for you in that position.”

And what about those pressure situations – a wedding, or when we see those friends who expect us to drink with them? “I think in those situations, if you’re starting to feel the pressure or people are applying the pressure. you have to come up with a strategy that can support you in that situation – and that could even be an escape plan.”

Gustar is aware of the difficulty of the task he faces with those suffering with addiction, and so he is keen to perspectivise what it means to give up an addiction. “It’s very difficult to change any behaviour. So if you do manage to change from a state of dependent drinking, why would you risk it for somebody that’s just a passing acquaintance?”

I’m reminded of Christopher Hitchens – who died of oesophageal cancer after a lifetime of too much whiskey – who remarked that he might not have drunk so much had he not had a strong constitution. He was able to file his pieces on time, and be successful. Does Gustar see high-functioning alcoholics among his CEO client base? “We do see high-functioning alcoholics and it just makes you wonder how well they would function without alcohol. But they pay a price somewhere, so it could be their relationship or their health – and they’re most likely already paying it in some respects.”

Sometimes the price can be concealed. “As we get older our ability to sustain it decreases – you can’t easily manage a dependency above the age of 55. Alcohol is just a very dangerous substance for the human body.”

And yet, if you look at the public discourse, Gustar points out, you wouldn’t think drink especially were particularly dangerous. “I mean – it’s just everywhere,” he says. There’s a kindly anger here – a note which only someone who knows the cost of our exaltation of alcohol could strike. “I’ve watched some of the debates in Parliament, and they’ve had these discussions about “When’s the pub opening? When are we going to get to the pub and drink that pint again?” And if you look at our UHNW clients, there is so much temptation in their lives. If I go to the airport, I mooch around and maybe go to a Starbuck’s.  They go into a business lounge, and there’s a big bar full of free champagnes.”

To go against these trends and unpick negative behaviours plainly takes willpower – but I suggest to Gustar that willpower isn’t something that’s evenly distributed across the population. Some have it; others don’t. Gustar says: “I think it’s a bit like that Indiana Jones film Raiders of the Lost Arkwhere the sun has to be in place and bounce off here and there and then people change. A lot of things have to be aligned at the right time.” He pauses, then confides: “But you even get people who sit in front of the doctor and the doctor says , ‘If you carry on like this you’ve only got six more months.’. And they carry on doing it. Wealth can be a very lonely place, and the wealthy have a very low tolerance for discomfort.”

Talking to Gustar is a revelation: here is a man who has taken the decision to work towards helping people. And he reminds us also that addiction is a problem more endemic in our society than we might realise – sometimes as much in the tone of parliamentary debate, and our corporate life, as it is in the pub.