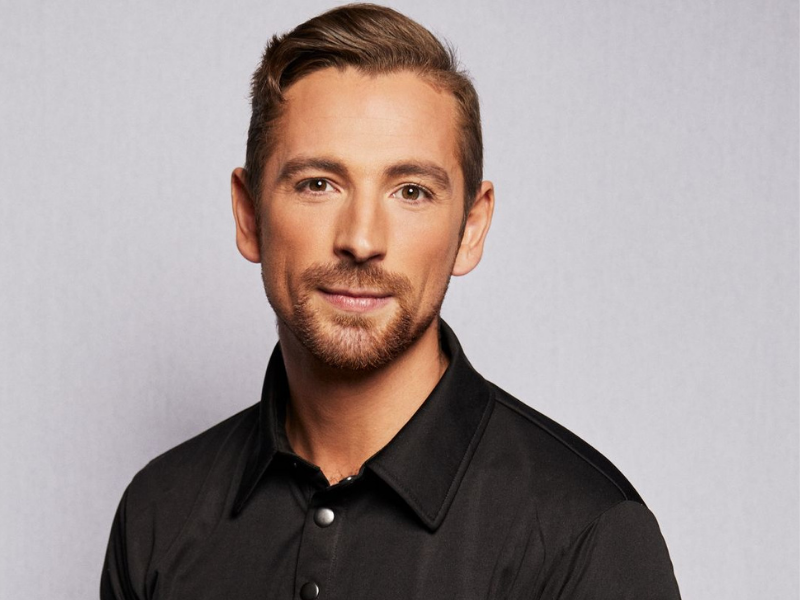 When people ask Zak Johnson why he got into the fashion business, he always tells them that he didn’t. He instead replies: “I got into fixing plastic. I found a problem that I wanted to solve, so I don’t look at what we do as fashion, I look at it as problem solving.”

Johnson, founder and CEO of luxury clothing brand Naeco, is a passionate surfer. Six years ago, whilst working on a contract in Bournemouth, Johnson had ample opportunity to kite surf. Each time he would clear his section of the beach of plastic, putting it in the recycling bin. However, he began to realise that “it felt like I was picking up the same plastic on a weekly basis, I thought at one point, ‘is someone chucking the plastic back in?’, I couldn’t work it out.”

Johnson developed a bugbear and started to look into where plastics go after use. “Six years ago when you started to delve into plastics you’re seen as a little bit strange. It wasn’t as mainstream as it might be now” he explains. In his research Johnson found that 91% of all plastic is incinerated or sent to landfill, and that only 9% is recycled. He was shocked to find that even the plastic that goes into the recycling bin isn’t 100% recycled, it often ends up going into incineration for energy programmes.

Johnson’s decided to come up with a solution that would take waste plastic and reuse it as something in plastic again, “single use is only single use if you use it once” he states. This is where Naeco was born. The name itself, is ocean spelt backwards and represents the sense of reversing the issue.

“I looked at plastic as a commodity, people that are throwing plastic away are looking at it as trash.” says Johnson. The plastic was once manufactured for profit, and bought for a price yet once used is considered to have lost its value. So Johnson went about trying to educate the consumer, that waste plastic still had worth: “it started by looking at it as £10 notes in the ocean rather than looking at it as rubbish.”

Johnson set upon manufacturing sportswear after looking into the process of extrusion, which takes plastic, heats it up and turns it into liquid. From the liquid it can be turned into a pellet, and that’s what virgin plastic looks like. These pellets can then be spun into fibre and yarn, which is where we get polyester. This led Johnson to think “what if I could make a pellet from recycled plastic, and then turn that into fabric?”

In keeping with his new self-confessed, plastics-obsessed eccentric image Johnson set about building an extrusion machine in his spare bedroom. “In the beginning I made tonnes of mistakes because there wasn’t as much research, or at least it wasn’t accessible to the layman at home googling,” but after discovering the need for single waste streams to avoid mixing plastics, the project took off.

Naeco now has industrial machinery that can process 500 kilos of plastic per hour. Once the plastic is recycled into pellets they are sent off to a textile mill and spun into yarn and from there Naeco receives its fabrics.

Making swim shorts was an obvious leap for a fashion business founded in Bournemouth. Johnson envisaged selling them to his friends, who would keep them for around five years, “that then gives a longer lifetime on that plastic and they would value it.” Johnson also recalls how he believed making swimwear would be easy, but not puts this down to naivety. It took 18 months to make fabric, and another year to get to the point of finally making a garment.

Naeco is holistically conscious of its environmental impact, and always seeks to be sustainable in all its practices. Another reason for choosing to design swimwear – and soon outerwear too – was to reduce the microplastics that would return to the ocean through washing. Swimwear and outerwear are among the garments that the consumer will wash the least. Johnson also recommends using a Guppyfriend microfiber bag, to capture micro plastics in the wash. The company also uses natural dyes that are ethical and eco.

“It’s about minimising the washing, and then anything that’s high wash so our jumpers, hoodies, and t-shirts are made from organic cotton or bamboo and they don’t create microplastics.” Naeco takes organic cotton from the cutting room floor of manufacturers who use sustainable fabrics, but Johnson seems most passionate about Bamboo. “It grows super fast, it uses less water, it’s just an efficient powerhouse of a product,” he says “ our t-shirts are so unbelievably soft, nothing feels like bamboo. When you wear a bamboo t-shirt for the first time you don’t want to go back to anything else.”

Naeco started off as a solo venture but now has fourteen employees in the UK, as well as satellite offices in Morocco, the US and Poland with around twenty employees overall. “We’re pretty overworked, which is great” adds Johnson with a laugh, “we’ve definitely grown a lot this year, it’s probably been our biggest growth year.”

This is largely down to Reborn the sustainable corporate workwear arm that Johnson launched two years ago. Reborn creates sustainable workwear for the Jockey Club, Moët Hennessy, Arsenal, Magners and other such brands in that space. The resources for Reborn differ in that “we take plastic from existing waste streams before it enters the ocean” Johnson explains. For example, at the Cheltenham Gold Cup the Jockey Club used a million plastic cups over four days, it was six tonnes of plastic and we converted that plastic back into 30,000 metres of fabric, which created 12,000 garments which actually clothed every single member of staff at Cheltenham Gold Cup.

“That side of our business has exploded this year. I think consumers have become very aware about their sustainability issues.” Johnson puts this down to the lived reality of the current situation: “we’ve seen that what we do to our planet has an impact on our personal lives now. A pandemic like this is just a taster of what we’re in for globally, if we don’t start fixing some of these sustainable areas and tread lightly on the earth.”

This shift in attitude from individuals and corporations has put Naeco in a perfect position for growth. “We don’t add sustainability on to what we do, we truly are sustainable and have been from day one” Johnson explains. Indeed Johnson is now looking to go even further, with the company attempting water recirculation in their factories. Johnson is building new technology to recirculate the water for the manufacturing process, and to reuse the heat from the shredders dissipating it back as energy to reuse in the battery packs. Naeco is its own micro circular economy.

Looking forward, Johnson wants to focus on building more recycling centres. Naeco will have the UK recycling Centre in Buckinghamshire but wants to build one up north and one in the middle of the country. Abroad, the company has an opportunity to expand in Morocco where there are a great deal of textile mills as well as a huge plastic problem.

Johnson is also keen for more collaborations with local authorities and governments. “We’ve seen some states in the US be very receptive to what we’re doing. We’re looking to build recycling centres in the US, where we’re able to take plastic and repurpose 100% of it.”

Despite the relentlessness of plastic production and contamination, Johnson is optimistic about turning the tide. Optimistic is “who we are as a business, if we weren’t I don’t think we’d get out of bed.”I would love us to be in a position where plastic is never, never produced anymore, but ultimately we’re probably going to live in a world for the next 100 years that continues to make plastic. What we need to do is reduce that amount of plastic.

He ends our conversation with a particularly positive prediction “I think in the future all businesses will be sustainable. They won’t just have sustainable principles, they will be entirely sustainable. In 100 years people will say ‘I can’t believe people set up companies that weren’t sustainable from the beginning.’ I think business will evolve and change.”