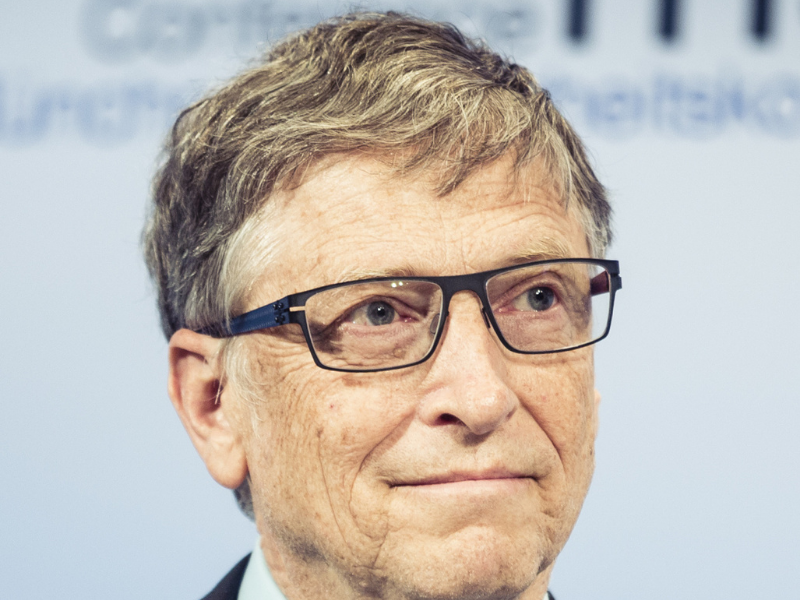 COP 26: Emily Prescott on Bill Gates’ How to Avoid a Climate Disaster

How to Avoid a Climate Disaster: The Solutions We Have and the Breakthroughs We Need by Bill Gates, Penguin, £20.00

A climate disaster is looming and although its impact is mostly invisible in our day-to-day lives, the damage humans have done to the planet already seems dauntingly irreversible. As Bill Gates points out, “fifty-one billion is how many tons of greenhouse gases the world typically adds to the atmosphere every year” and merely aiming to reduce emissions by 2030 is not an adequate target. He explains: “The climate is like a bathtub that’s slowly filling up with water. Even if we slow the flow of water to a trickle, the tub will eventually fill up and water will come spilling out onto the floor. That’s the disaster we have to prevent.” Simply put,“if nothing else changes, the world will keep producing greenhouse gases, climate change will keep getting worse, and the impact on humans will in all likelihood be catastrophic,” Gates says. But How to Avoid a Climate Disaster focuses on the  “if” as Gates considers the changes needed and sets out an optimistic road map of how we can divert a climate disaster.

By his own admission, the burger-loving billionaire founder of Microsoft is an unlikely poster boy for saving the environment. “I own big houses and fly in private planes – in fact, I took one to Paris for the climate conference,” he confesses. While Extinction Rebellion seemingly sees anti-capitalism as crucial to the cause of environmentalism with many of its followers protesting by causing disruption in London’s financial district, Bill Gates is proposing a way to reduce greenhouse gases which will be palatable to big businesses. In each chapter he considers the financial implications of his suggestions. He proposes that countries should implement what he calls “green premiums”. He explains: “Most of these zero-carbon solutions are more expensive than their fossil-fuel counterparts. In part, that’s because the prices of fossil fuels don’t reflect the environmental damage they inflict, so they seem cheaper than the alternative.These additional costs are what I call Green Premiums. During every conversation I have about climate change, Green Premiums are in the back of my mind.”

Indeed, Gates is pragmatic in his approach and is constantly aware of the feasibility of his proposals. In the chapter about eating meat for instance, he says although animal consumption causes a lot of environmental damage, it is unrealistic to stop it entirely.  He looks at meat alternatives, such as Beyond Meat, a company which he has invested in. He reasons: “Artificial meats come with hefty Green Premiums, however. On average, a ground-beef substitute costs 86 percent more than the real thing. But as sales for these alternatives increase, and as more of them hit the market, I’m optimistic that they’ll eventually be cheaper than animal meat.”

Gate remains optimistic throughout the book and suggests the threat of a climate disaster provides mankind with an opportunity to be innovative. He is always looking for the silver linings. For instance, he says: “I never thought I’d find something to like about malaria. It kills 400,000 people a year, most of them children, and the Gates Foundation is part of a global push to eradicate it. So I was surprised when I learned there is actually one nice thing you can say about malaria: It helped give us air conditioning.” In the most compelling chapter, What each of us can Do, he suggests we should all be hopeful. He says: “It’s easy to feel powerless in the face of a problem as big as climate change. But you’re not powerless. And you don’t have to be a politician or a philanthropist to make a difference.” Of course, we hope he is right. Gates was a coronavirus Cassandra. In a 2015 Ted Talk he warned: “If anything kills over 10 million people in the next few decades, it’s likely to be a highly infectious virus rather than a war.” “We need preparedness,” he demanded. This time, hopefully people will listen.