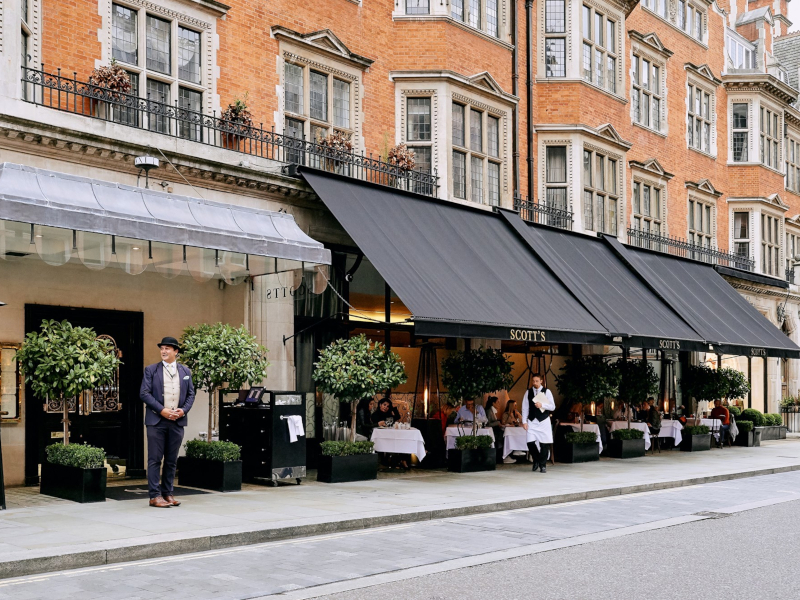 The funny thing is, I always thought 2020 might be a bit of a shakeout in the hospitality business. 2019 had been a year of the beginning of the collapse of the casual dining market and seen some very significant casualties – but of course I had no idea in what form it would come and had no anticipation about the damage perpetrated by Covid-19.

But we were already up against it. I remain angry that we didn’t remain in the EU: I’m always immensely grateful to everybody who over the last 50 or 60 years has come to these shores and shown us how the business could be done. So many people associate restaurants with hot kitchens, swearing chefs, long hours, and not very good remuneration.

Certainly, even as late as 1990, if you were in the restaurant profession you normally didn’t have a mortgage, you rented, didn’t fill in your tax returns, had no life insurance, and no pension. It was a transitory experience and not considered a career.

There used to be shame and ignominy in being in the restaurant business. Now it’s as good as any there is – and in many ways even better.

When it comes to employees, attitude is the main thing. There is no job anybody should do or will succeed at unless they have that. It’s what you make of it. If you start to think: ‘Who are these people coming in? What is the history of the building? Why do people know each other?’ that takes it all to another level. And then there’s the food, how it’s reared and grown, and the fantastic alchemy there is in cooking. By the same token, wine is an extraordinary subject. There’s a great joy in this profession – contrary to the Home Secretary’s opinion.

And let’s not forget that it’s fun. I was always struck when Graham Norton was talking about how he had first come to London and worked in Covent Garden. He said, “I don’t think there should be National Service. Instead, everyone should be compelled to work in a restaurant. You learn about social skills interaction, disputes, reconciliation, any number of things.” He was right. For a generation which has become disconnected by the advances in technology, it really is something very special.

People will return to restaurants. They will have missed the conviviality of community. Too many people are becoming almost entombed in their homes with the working-from-home phenomenon. And it’s interesting, having spoken to a lot of my staff over the last months, how much they yearn to return to work.

It’s also interesting how many friends of my children – I have three all in their later twenties – have decided they don’t want to be in merchant banking or advertising. They’ve been setting up things and finding such happiness in working in restaurants to an extent that I’ve never seen before. With my generation, it was difficult to know what to do. You might have been ignorant but it was easy to find a job. This younger generation know what they want to do but it’s harder to get a job.

I was someone who never quite knew what I wanted to do with my life. Did I want to create? Did I want to do languages? Did I want to be an architect? Thanks to the restaurant business, I’ve been able to do them all.