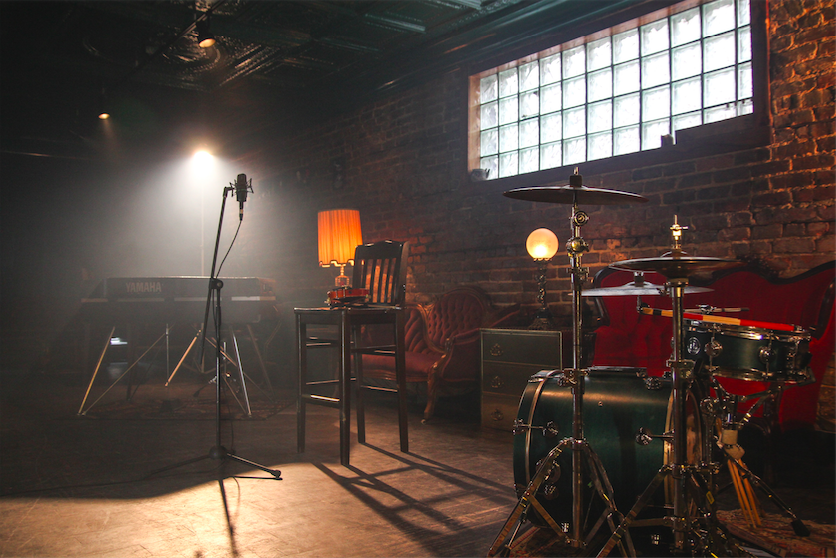 ‘A terrible limbo’: the quagmire the music industry is in

With Rishi Sunak’s announcement of the Budget comes a beacon of hope for the struggling arts and culture sector. In what he calls “a historic package”, Sunak has pledged a £400 million bonus to help keep afloat gigs, theatres and galleries and his Covid Recovery Fund, which has so far supported over 3,000 organisations, will be increased to £1.87 billion.

“This industry is a significant driver of economic activity, employing more than 700,000 people in jobs across the UK”, says Sunak. “I am committed to ensuring the arts are equipped to captivate audiences in the months and years to come.”

The Chancellor’s words are music to sore ears; an industry which is financially reliant on live events, the music sector has been hard hit by the pandemic. The sector generates £5.2bn a year for the economy, £2.7bn in exports and sustains 210,000 jobs.

But eight in every ten pounds of the average musician’s income comes from live performances; recording revenues have drastically dwindled in the digital age. Musicians receive next to nothing from Spotify plays, and live gigs and festivals have provided the backbone of their income over the past decade.

Even before the pandemic, the industry was under close inspection by the government because of the poor financial model used by streaming services like Spotify. A poll by Musicians’ Union last year found that eight out of ten musicians (82%) earn less than £200 each year from online streaming: 92% said streaming made up less than 5% of their yearly salary and half that their income from recorded music had declined over the past decade. Sunak’s financial offering pales in comparison to the huge deficit which faces thousands of struggling musicians, venues and organisations.

With such a small fraction of money made from streaming and a greater financial emphasis on live performance, it is no wonder that musicians have suffered over the past year. There’s a glint of hope for live performers in the rapid vaccine roll-out but it will take decades for the industry to recover from the covid shock. There’s been little to no activity in the music industry since the first lockdown in March, apart from a select few big names at well-established records labels, like Laura Marling or Dua Lipa.

As usual, the hardest hit have been the least known. This has halted the emergence of new talent – the veins of the UKs globally-renowned music scene – many of whom are scouted in-person at gigs. In an NME interview, co-founder of indie label Speedy Wunderground said that “it’s a very difficult time to be a musician” because the pandemic has meant that there will be a backlog of talent “blocking the road”, and Brexit will likely impact touring Europe.

With most live events set to reopen in May and return to full capacity in June, and given financial fuel by Sunak, the future is looking brighter for musicians. Like other art forms, could it have impacted the industry in a positive way? Has it been a catalyst for change?

For Phil Simpson, a Booking Agent who pre-pandemic coordinated the entire live careers for musicians – including booking tours and festival appearances – the pandemic has been “really difficult”.

“With booking I’m always thinking 12 months ahead, and the way I make money is that I take a commission from what the band earns at a live event. So obviously if the gig doesn’t happen and the band doesn’t get paid, then I don’t get paid,” says Simpson.

“That’s why this year has been so hard. I had almost 200 shows booked for 2020, and when everything first kicked off we moved the shows to autumn, which was a massive process. As things got worse we had to move them again and again. In some instances we moved shows 3 or 4 times.” Simpson says they’ve been stuck in a “terrible limbo” where old shows haven’t happened, but they’ve done all the work for them, and new shows haven’t been able to happen. Most venues don’t have availability until spring next year.

Because he was seeing such a shortfall of income, Simpson decided to step away from his company and go back to being an independent agent. “We are seeing that a lot in the industry at the moment,” he says. “All the bigger companies are having to make redundancies and branch off into smaller outlets, just to keep overhead down and be agile.”

The pandemic, and his frustration, shifted Simpson’s career in other ways: he wrote a book on his experiences being a Booking Agent, started mentoring and teaching music. “We’ve all been doing everything we can to diversify our work lives and keep the trickle of income coming in,” he says.

Some of his friends in the wider business of professional music have had to go back into other employment and take on part time jobs. “Some”, says Simpson, “have even given up professional music altogether. I’m lucky that most of my clients are quite well established so that they can find other means to make money like selling CDs or merchandise”.

The effect of the pandemic on musicians has not been exclusively financial. “Musicians are particularly susceptible to mental health issues,” Simpson tells me, “because the highs are high, and the lows are very low”.

And the catch-22 is that the quagmire which the industry is in predominantly effects younger, lesser known artists who are just starting to emerge onto the scene: Simpson says that going forward, the event organisers will be looking for artists who will guarantee them tickets. The unwillingness to take risks will result in younger artists getting less of a chance than their older, better established peers.

As one of those lesser known artists, the pandemic brought huge challenges for Anna Reay. A singer from Newcastle, before lockdown Reay sang at big weddings and corporate events, and had just got a big contract with a cruise liner.

“It was a really worrying time”, she says. “Being a single parent my main income is music. The first couple of weeks were just horrific. I cried every day.”

Once she decided to move back in with her parents and share the homeschooling load, things started to turn around for Reay. “Singing is like a kind of therapy for me, so I started to come up with new ideas just to keep me sane”.

From this sprung an ingenious idea which became hugely popular and has kept her career going since: virtual singing Anagrams. Reay began recording a song every Thursday to coincide with the clap for carers: kids, adults, artists and businesses began sending in videos and photos every week which documented their lockdown activities, which Reay then turned into videos which she shared on social media. She soon got a following, and started to get requests to sing songs for birthdays, cancelled weddings, cancelled parties and postponed events.

At the same time, Reay did doorstep performances – her mic powered by a car generator and with Covid-safety checks in place like ‘keep your distance signs’. For her first ever performance Reay sang for a family who’d just lost a young girl to a rare disease.

“To be honest I’ve never been so busy. I’ve even managed to get a mortgage from it,” says Reay.

“It all just fell into place for me, I think because I panicked and my creative survival kicked in. Every business has had to diversify. So I thought, ‘If they can do it, why can’t we?’”

As Reay says, she’s been “lucky” that she’s been able to “pivot” her business and adapt to the pandemic. Others haven’t. “I’ve seen musicians that have decided to hang their microphones up. It really saddens me how much everything has changed.”