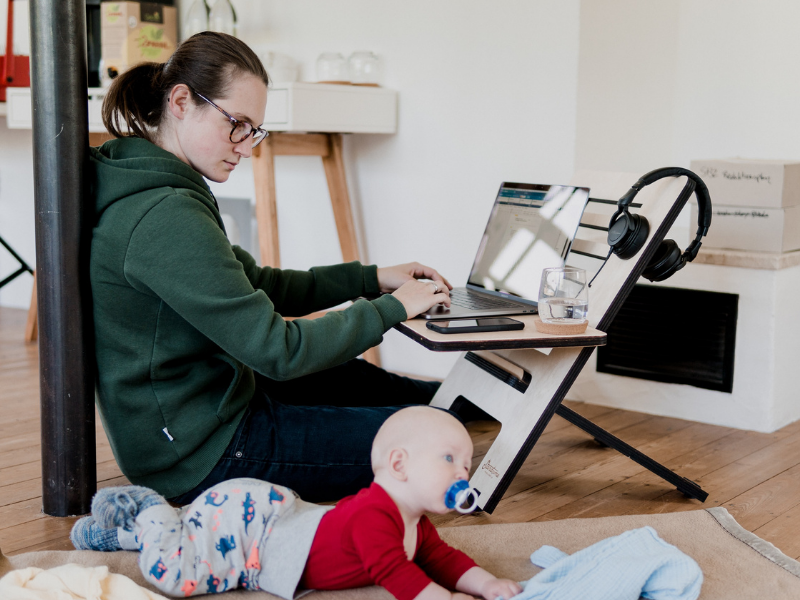 With many firms offering new flexi-working arrangements as restrictions begin to lift across the UK, a study conducted by the World Economic Forum has raised questions about the impact working from home (WFH) may have on career progression, particularly for women.

The study asked lots of different questions about attitudes and outcomes of working from home, collecting data from 5,000 randomly selected UK workers. When asked how much time the employees would like to spend working from home there was a large variety in answers. The report raised the concern that those who “WFH may end up suffering long-run in terms of promotions, which would be a major issue for diversity if certain demographics, like women with young kids, opt to WFH more and miss out on promotions.”

Indeed BBC research suggested that people with disabilities, people with children and women make up the largest number that prefer the prospect of more time working at home. Therefore there could develop a situation where young, ambitious single men who opt to work in the office get ahead of their female peers who decide to work from home.

The BBC report goes on to say that “research shows that home workers – however productive – suffer from a lack of face time with colleagues and managers, which negatively impacts promotions, and ultimately may stall careers.”

It has been well-documented this year that the Covid-19 pandemic has had an adverse effect on women: the burden of domestic chores and childcare has fallen disproportionately on women. Before the pandemic women were doing three times the amount of unpaid domestic and care work than men, but now UN Women Deputy Executive Director Anita Bhatia says this has “doubled.”

For many, home working in a blended manner is here to stay and workers are increasingly being offered choice. But if those that go into the office are more likely to gain promotions by forming stronger bonds with their superiors, and having their work continuously acknowledged and women remain working from home to fulfil domestic needs, then the gender gap at work looks set to regress.

The issue of a disparity in promotions between in-office workers and WFH workers existed well before the so-called “work from home revolution” brought about by the pandemic. In a 2014 study conducted in China, researchers from the Stanford Graduate School of Business found that while people working from home were around 13% more productive, they weren’t rewarded with promotions at nearly the same rate as their colleagues working in the office. The BBC report also stated that remote workers who aren’t being promoted can also end up with a heavier workload.

While more choice for employees on where they work can be considered a positive, before hailing it as ‘revolutionary’ the potential detriments to diversity in leadership must be considered to ensure hard-fought gains on women’s economic and social independence are not lost.