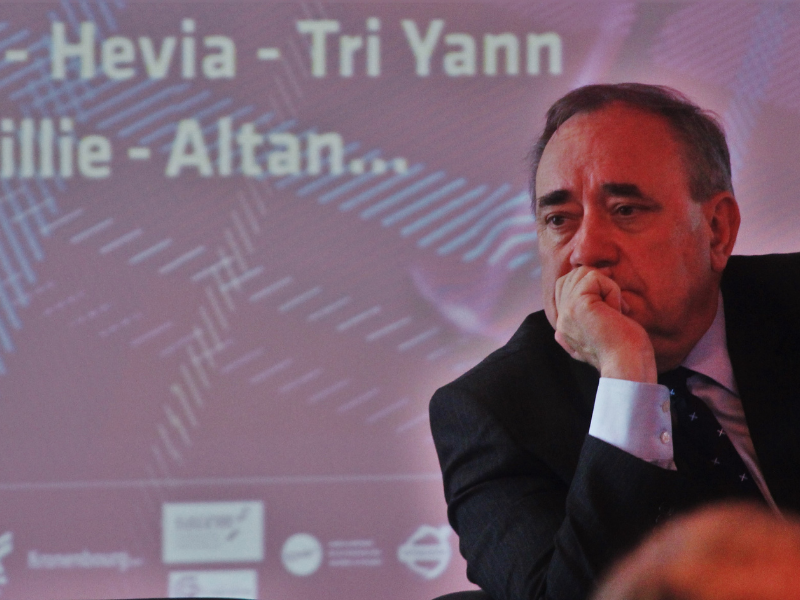 What the Sturgeon-Salmond Affair has to teach

One of the most remarkable things about the Salmond v Sturgeon split is that these two warring enemies were once close friends. Sturgeon told the Holyrood committee yesterday that “Alex Salmond has been for most of my life — since I was about 20, 21 years old — not just a very close political colleague,” but also “a friend, someone in my younger days who I looked up to and revered.”

The duo dominated Scottish politics for over a decade and brought Scottish independence from a fringe movement to the forefront of the devolved parliament. Now their field of gold is strewn with accusations of “conspiracies” and calls for resignation.

Yet, after yesterday’s commanding performance it does not seem that Sturgeon will be stepping down. The Scottish Tories also seem to have jumped the gun in calling for a vote of no confidence. This, of course, may change if Sturgeon is found to have directly broken the ministerial code by misleading parliament about when she first learned of the allegations against Salmond. That investigation is still ongoing.

Accusations of sexual harassment and bullying in the workplaces of our highest offices and institutions continue to come to the fore. Bullying allegations against the Duchess of Sussex have this week emerged from Kensington Palace, and again, only an inquiry will bring the true story to light.  Meanwhile, infighting has been a regular feature of the Johnson administration.

Now an entire political movement is becoming defined by a rift in its former and current leadership that shows no signs of healing anytime soon. The questions at the centre of the case are about who, if anybody, has failed in their role as a leader.

There are lessons in the saga for our own work lives. In the first place, we’re reminded of the great importance of trust in our careers. Here, played out for us in Holyrood, is the sense of grief that attends the breakup of friendship. It is a reminder of how much can be preserved by going into business with the right people – but also how hard it can be to tell who those people are in advance. ‘There is no art/to find the mind’s construction in the face,’ as Shakespeare has it in Macbeth.

Sturgeon’s dignified appearance too was also a reminder that we must be careful not to rush to conclusions until we have heard all sides of a story. For years now, agree with her or not, Sturgeon has been the best player on the pitch in British politics. There is much to be learned from her presentational style: with the world watching her, she expressed herself relieved to be telling her side of things.

But we’re also reminded of the secondary nature of gossip. For years there have been questions about how Scottish independence would work economically, and recent economic data – showing that the country has underperformed relative to the rest of the UK – has certainly added to the sense that the Scottish economy would struggle if the country were to strike out on its own.

The nation’s finances remains worryingly tethered to the world’s oil price, and its growth has been sluggish. In that sense yesterday was a sideshow which didn’t change the fundamental questions the independence movement has to answer.

Whether or not the vote of no confidence passes, or Sturgeon resigns – neither looking likely at the moment – there may well be a considerable drop in public trust for the country’s leadership and this will likely dent support for independence. A reputation, so the saying goes, can take 20 years to build but can be destroyed in just five minutes.