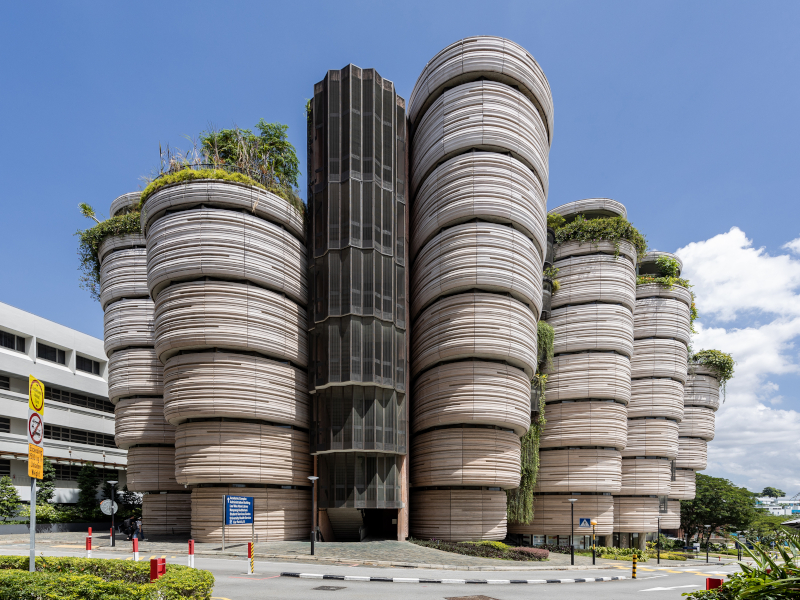 Thomas Heatherwick: ‘Before Covid, the idea of having a study sounded so Victorian’

At the Heatherwick Studio, we’re trying to be growers of more human place making: what’s crucial is the experience dimension of the person using the building. That might sound obvious, but I sensed even as a kid that we’re too often led astray by other forces and not by the needs of the person using a structure.

Some big positives can come out of this strange and tragic situation we’ve all been living through. There’s been a chance to think from new angles. That’s partly because you need to, given the new context. But it’s also welcome: I always thought it would be very hard for me to take a sabbatical, and I envied those around me who could do that. Of course, it was a partial envy – I’m so lucky to have the diverse rollercoaster of impressions I have. My studio is about embracing change and finding ways to adjust. That’s what excites me. The most interesting thing has been reflecting on what the virus means – and how it’s going to change our lives. Before the pandemic, there was more and more sharing – cars, workspaces and living spaces were becoming more efficient because people might live together in different ways. I was saddened at the outset of coronavirus: it felt like a kind of retreat into an understandable self-preservation and selfishness.

Before all this happened, people didn’t think they needed an office in their home – the idea of having a study sounded so Victorian. Throughout lockdown, people have been cowering in their bedrooms and trying to pretend it’s not their bedroom: so people will be making their homes better in advance of a possible second wave, and investing in any eventuality. Post-Covid homes will be better homes.

But public togetherness is what motivates me in the different projects we work on. Take our shopping center Coal Drop’s Yard for example. What motivates me isn’t getting people to shop. What’s exciting is that it’s an excuse at a time when governments don’t invest in public place making to create an interesting space. I wish the government would do more: they had their fingers badly burned in the 1960s and 1970s by terrible architecture, and so they retreated and let the private sector come in.

I’ve always made very tactile buildings and though obviously Covid-19 will change the extent to which we touch things, I think you also touch things with your eyes. The way light falls off a computer screen, for instance, is very dead and simplistic.

But light falling across more complex detail and texture is something that you absorb. If you’re in the mountains you can’t touch them, but you can still feel their form.

We’ve got 200 people here, and I’m thankful for being an older organization. Many of us have worked together for a long time, and we can sustain that over digital communication. There are unexpected benefits. The world’s been conspiring for the last two decades to get us to this point. The digital revolution has been setting us up to do this; it’s astonishing how effective we’ve managed to be at home.

But I don’t think in aggregate its better. There’s no real substitute for being in the studio. Our studio is full of models and memorabilia: it’s our collective memory. It’s important to see your failures, your test pieces, your experiments, and your thought-triggers. We all think we have a flawless memory – but we don’t.

We’re working with one new organization, rethinking large amounts of workspace. I think people are aware this has long ramifications for everybody. It spreads across everything. We just finished a Maggie’s cancer care center in Leeds. It’s a relatively small project but it’s trying to engage with the issues someone with a cancer diagnosis might face. How do you support that health journey? If you look at hospitals today it’s as if the emotional condition doesn’t impact their physical journey.

Looking back at the Garden Bridge, it was a manifestation of this urge to try and make everything connect more to people. A bridge doesn’t just need to be getting from one side to the other: the middle of a bridge is one of the most incredible places you can be. Maybe one day the politics will support our intention to create a new garden for Londoners.