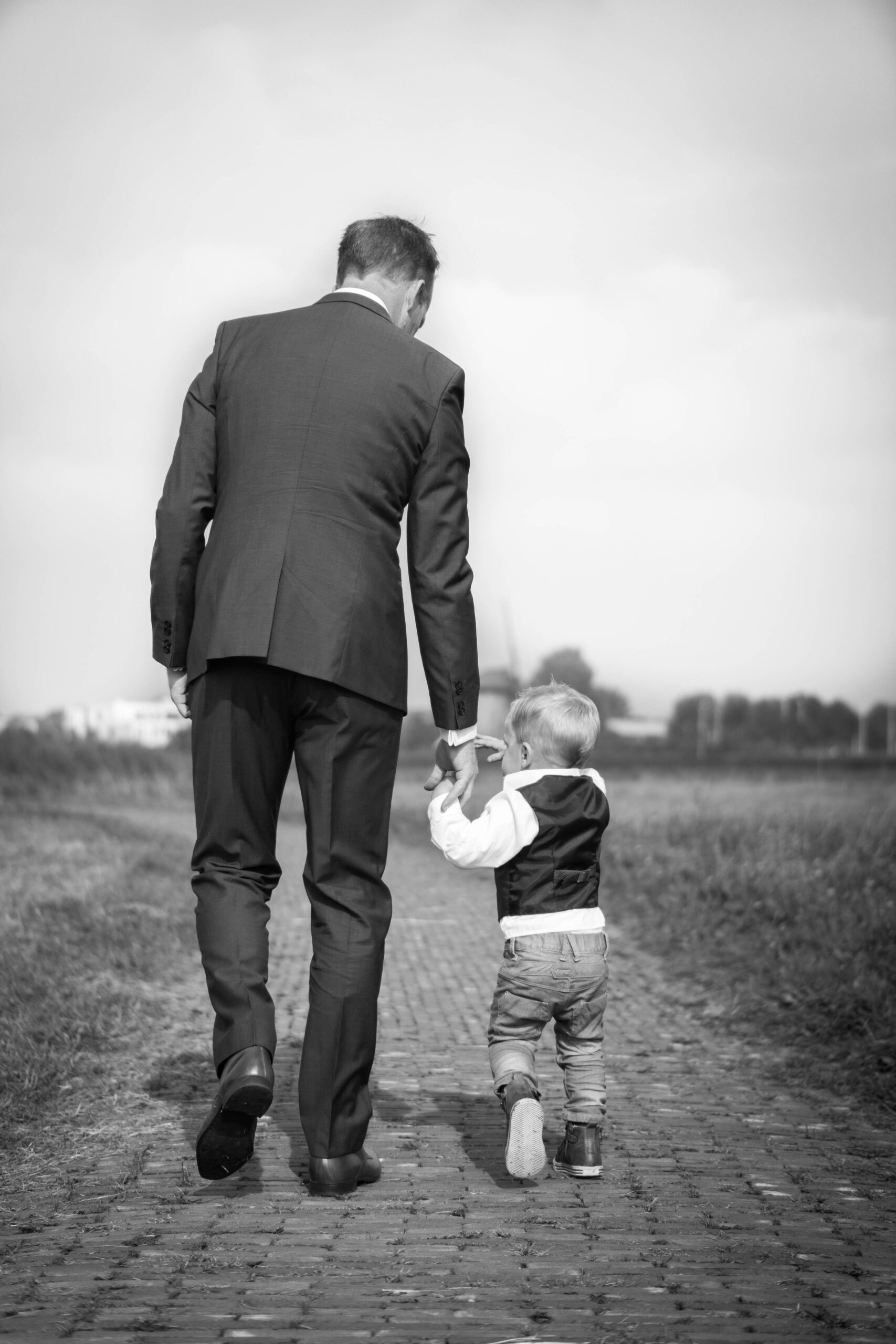 The Succession Question: why family businesses need to plan ahead

What do we mean by the term ‘succession’? The term is most synonymous with the TV series Succession, which centres on the Roy family, the dysfunctional owners of Waystar RoyCo, a global media and hospitality empire, who end-up in a battle royal for control of the family business amid uncertainty about the health of the family’s patriarch, Logan Roy and his plans for the empire’s future. At his 80thbirthday Logan shocks his family – particularly his son Kendall who was primed to take-over the business reigns – with the news that he will not be stepping-down as planned whilst he also throws at his children the news that he is naming his third wife as successor.

Who the Logan family are based upon is an open secret – think of an octogenarian Australian media owner and his warring family – but the issues raised here via satire are key to highlighting real world family, business and wealth survival.  What follows during Succession is a series of family and business conflicts, attempted hostile takeovers and family politics that makes Shakespearean narrative seem simple.

Fundamentally, a failure of clear family governance leads to family, business, asset and wealth destruction – that old chestnut “from clogs to clogs”: the first generation earns the family money, the second generation manages it and the third generation loses it. This trend turns out to be universal across cultures – think of the Vanderbilts in the West. In the East this was summed-up by Sheikh Rashid Al Maktoum: “My grandfather rode a camel, my father rode a camel, I drive a Mercedes, my son drives a Land Rover, his son will drive a Land Rover, but his son will ride a camel.”

What are the main risks to a smooth succession and how should the present generation react, respond and accommodate the next generation? How does the next gen become more active in the business and play their role in the family business?

1) A lack of clear governance systems and processes across the family, business and wealth management

Logan Roy’s impromptu tearing up of any coherent succession plan leads to war amongst competing family members, attempts at hostile takeovers, family members resigning and business, regulatory, security and political risks. So having family governance or a family protocol in place which formalises the family’s mission statement, its USP, why the family are in business together and what the long-term objectives are, is as vital for the family as corporate governance is for the business.

This family protocol becomes enshrined as a family constitution from which policies and processes relating to the family, the business and its wealth are then outlined in detail according to the specific family’s requirements and it is discussed, bottomed-up and amended as a dynamic document during regular meetings of a family council – a council which present generation and next generation participate and lead.

This would seem foundational to all families – yet as Smith & Williamson’s Family Business Survey 2020/21 reveals, the percentage of families that have a key piece of family governance – the family constitution – in place, is still only around 38%, of which half thought they would have to review this within two years.  The Roys would have found it instructive to have a family constitution and council – and include input from the business units including non-executive directors who could have been involved with the succession discussion so turning a family decision into a corporate one.  The next generation would also have had the insight into first generation decision-making and a sense of the direction of travel which would have allowed them to avoid being frozen-out so spectacularly.

Without changing TV genres abruptly, the Game of Thrones analogy symbolises the challenges faced by India’s Ambani family.  When the patriarch died in 2002 like many Indian families there was no succession plan and no will. Chaos reigned.  Rather than a structured approach as to which assets brothers Mukesh and Anil Ambani would inherit, it was left to their mother to preside over an ‘organised demerger’ in 2005, which gave Mukesh control of oil and gas, petrochemicals, refining and manufacturing while Anil took reign over electricity, telecoms and financial services. As the Economist wrote at the time: “Why do family firms so often fail to make the generational leap? Family firms are frequently more riven with intrigue and visceral hatreds than a medieval court – and for similar reasons.”

The chief wealth destroyer, and one of the main features that family governance should work to reduce, is the exponential damage that conflict and disagreement can do to a family and its business.

When families fight, businesses lose their direction, fail to innovate and are often subsumed by their competition.

Whether it’s the ongoing dispute within the Ambani family – which even after the separation of assets was followed by defamation suits, involvement of the Indian prime minister and even Anil publicly blaming his brother for power-cuts that swept across India in 2009.  In Succession, Logan Roy takes his family to the family ranch, Austerlitz, to try to patch things up – yet this sticking plaster is too little, too late.

The core of family governance is trust, communication and the prevention of disputes spiralling out of control. In the Ambani case, a Family Council could have allowed managed conversation and dialogue unifying the family around values and mission but also outlining and preparing the brothers for ownership and management of specific business units.  If agreement could not be reached then the brothers could have been bought out.  Disagreement would have a forum for debate so issues that do arise can be dealt with via dispute resolution and mediation processes precluding the revelation that the founder has no will, or shock announcements at the patriarch’s birthday party, or even in an interview with Oprah which seems the de rigueur approach these days for airing grievance.

What is instructive is the new family council structure that Mukesh Ambani is working on, whereby his immediate family and three children are granted equal representation to enable succession planning whilst at the same time the children have been taking on increasing responsibility within the family business.

The endemic issue that the institution of effective family governance and succession runs into is that often the founder doesn’t want to retire or be succeeded.  They may resist efforts to outline a clear succession plan – or if one is introduced may impede it: e.g., one American next gen was given 75% of the family business to run. The only issue was that he didn’t know from day-day which 75% it was. Pedestrian issues such as moving into father’s office or clearing out the old retainers caused emotional eruptions from the patriarch.

This issue has been particularly relevant due to the ongoing COVID-19 pandemic. As a Barclays Private Bank family business report on Smarter Succession of October 2020 shows: 57% of the present generation are concerned about trusting the next generation’s ability to manage the business. Drilling into the figures shows a possible reason why: 42% of the over 60s want to preserve the family business across the generations compared to 18% of under 40s.  So, there is a clear pretext as to why the present generation might want to stay on.

These figures highlight the lack of family governance.  The next gen should be mentored and grown into the business, socialised to understand the family’s source of wealth, the importance of their involvement in the business and how they can begin to play a role in the management or board team looking at questions such as:

• The focus and direction of the business.

• Business transition and the impact of succession planning on the business.

• The corporate governance framework – including appointments to the board or any significant changes to board structure.

• The family’s attitude to ethical and moral issues that may arise in connection with business operations.

In conclusion, the message for the existing generation and next gen is: develop family governance, sincerely commit wholeheartedly to the succession plans that are developed and ensure that dispute resolution and conflict-mitigation mechanisms are in place.  Sadly Logan Roy did not get the memo.

Regular reviews of the family enterprises, building-up resilience and agility ensuring clear reporting, metrics and efficiencies allows for clear strategic decisions to be taken, whilst looking at family governance – that is a family constitution, family council and conflict resolution, can build a resilient family that helps drive the business and removes threats to the business that can come from conflict and disputes.