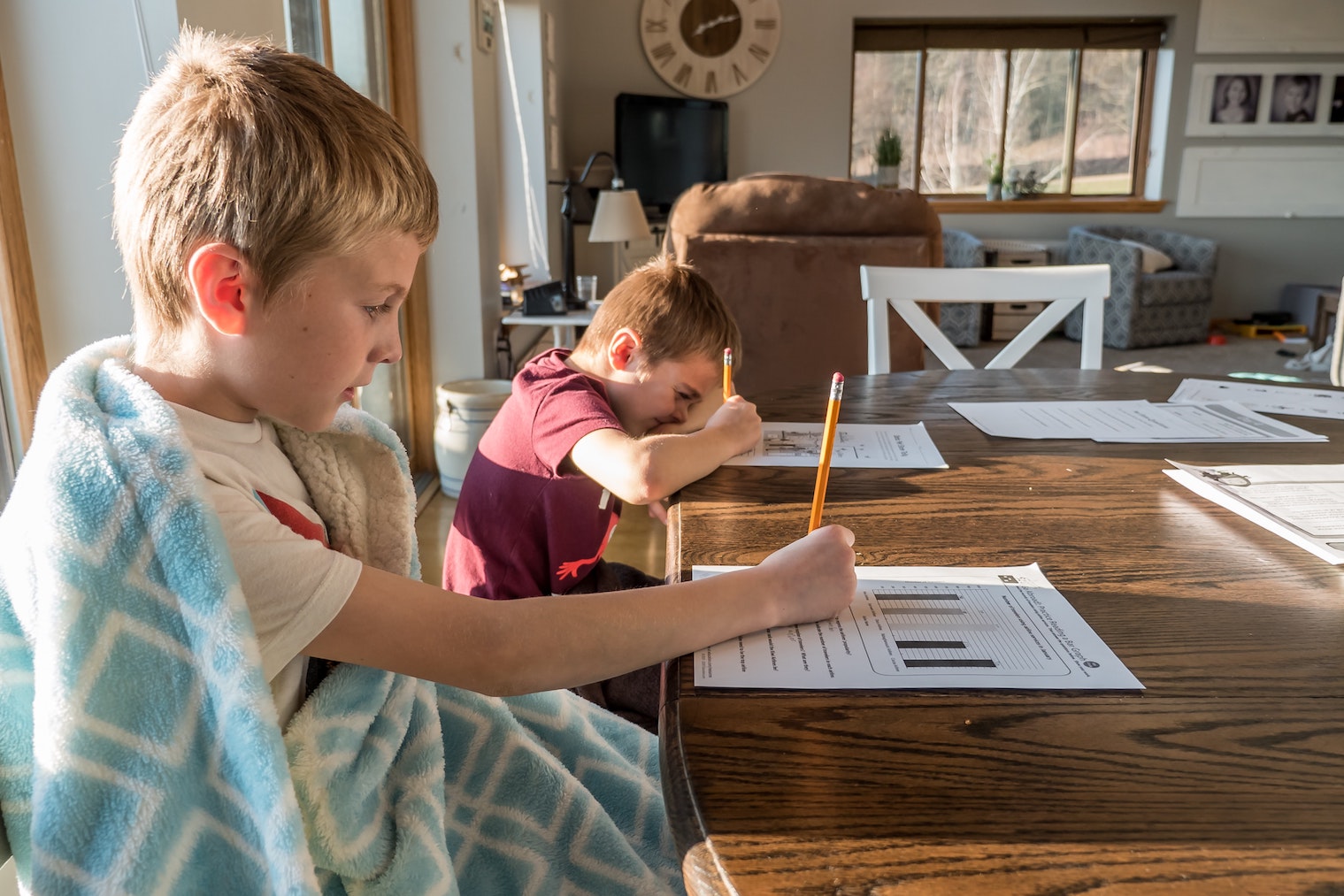 Many parents filed their tax returns on the 31st January. A fun day for no-one, but for many salt in the wound followed when Prime Minister Boris Johnson sent a letter of support through the letterbox the following Monday. The letter was intended to thank parents for their stellar work in filling the education void left by the closure of schools for the second time in twelve months. Some received this with hostility, others with annoyance, many with exhausted ambivalence.

Johnson’s well-intentioned letter changed nothing. Parents have been left to pick up the slack left by online provision from schools and yet there has been no direct financial support from the state for their doing so. Some parents have demanding jobs; others struggle to make ends meet while they’re on furlough. Meanwhile the self-employed are hemorraghing productivity in order to care for little ones. One business-owner described sole trader parents to me as ‘the sacrificial lambs of Covid-19’.

It’s no surprise then that with the half-term slog now in full swing, it’s not uncommon to hear parents wondering – only half-jokingly – when their salary for half a term’s education is coming. But it’s a more serious issue than many realise. There is a strong government that as Rishi Sunak’s budget day approaches, he should be considering a tax rebate – especially for self-employed parents.

One self-employed writer, Iris, 40, and who has two children, told me: “For the self-employed, productivity is synonymous with income. The self-employed can’t and don’t claim furlough, and are some of the most affected by homeschooling as they have no work support structure when they are unable to cope.” She continued: ‘They’re by nature entrepreneurial people, the sort of people the Conservatives are meant to admire. In addition they have to pay 150% of annual tax in their first year of moving to self-employed status. Individuals that did this in 2019-20, unknowing of what was to come, are particularly hard hit now.”

Freelancing support has indeed been poor from the government, but further to this it also has a gender aspect. The leading charity Pregnant Then Screwed was set up to fight against the discrimination women face during pregnancy and after having children. The organisation recently took the government to court, with the help of law firm Leigh Day and Doughty Street Chambers, to challenge the discrimination inherent in the Self-Employment Income Support Scheme.

The basis of their argument is that the calculation of the grant does not exempt periods of maternity leave when calculating average earnings, leaving around 69,200 women affected. When questioned, the Chancellor compared taking maternity leave to taking a sabbatical or ill-health. The charity lost their challenge yesterday and are considering grounds for an appeal.

While all this unfolds, out there the pain is real. One single mother, Susan, who is also self-employed, tells us: “I feel constantly torn, all I want is to do the best for my daughter, whether that be helping her with her studies or staying afloat financially. Whenever I’m working to do that I feel neglectful of her education and future, when I’m helping with homework I’m anxious to get back to work.”

The Prime Minister’s letter offers a vague commitment to an education recovery programmes which many feel will be too little too late, if they happen at all. The lobby group UsforThem has a membership base of tens of thousands of increasingly concerned parents arguing for the reopening of schools. The group stress that they support the vast majority of precautionary hygiene measures proposed by the Department for Education but that the damage to children and families of closing schools is too great.

Molly King, the organisation’s founder and mother of two, told me that the government must “extend the furlough scheme so that parents can concentrate on their children without fear of losing their jobs. There needs to be explicit acknowledgment that it is impossible to do both well and that children need their parents like never before.”

Liz Cole, the other co-founder of Pregnant but Screwed, agrees: “Parents are on their knees. Many are telling us that they are barely keeping their heads above water financially and in terms of their own mental health. Combined with the pressures of juggling homeschooling and employment, a growing number of families are now at breaking point. It is deeply concerning.”

One such parent is Peta Swindall, a puppeteer and executive director of the Little Angel Theatre, who explains: “It has been a challenging time, particularly for freelance workers, and puppetry is no exception. Where possible we have tried to support our freelance family, with well over 100 employment opportunities and paid representation on the industry wide Freelance Taskforce, but the scale of the work has been much reduced, with many of those we work with losing their whole roster of work overnight.”

Molly King is also desperately worried about the mental health of children not in the classroom, as well as increasing concerns about many children’s physical safety. Indeed, a Prince’s Trust report in January 2021 revealed that one in four young people now say that they are “unable to cope with life” since the start of the pandemic. Something King describes as “shaming.”

“We are also starting to hear some very troubling things on the safeguarding front,” King continues. “School governors and heads are telling us they are aware of significant increases in safeguarding referrals. Families really are now at the end of their tether and for the most vulnerable children and families this will be the grim result. From what we are seeing, we believe there’s a tsunami of mental and family breakdown ahead.”

Liz Cole agrees: “What parents most need from the government is a commitment to reopen schools and keep them open – allowing us to give our children the certainty and hope they desperately need. The combined impact of these current two status quos amounts to a declaration of war on childhood.” The campaign has received the support of 28 MPs so far, and they insist that number is growing each day.

According to Kevin Peachey of BBC News, more than five million people have fallen into a fragile financial position during the pandemic. That’s in addition to an estimated 14.2 million people, who are vulnerable to a financial shock. The Financial Conduct Authority data only covers the impact from February to October last year and they estimate that the impact will now be greater, after a further four months of restrictions, and counting.

The government must act now to help struggling parents, for families’ sake and for the sake of the next generation. It is true that the strain of this will lift if the schools return on 8th March. Education spending came in at 92.3 billion in 2019/20. Tax-paying self-employed parents traditionally find consolation in the thought that their payments to their Revenue are part of their contribution to the broader social contract.

It goes without saying that the Covid-19 pandemic has radically altered that. The Treasury has been helped those affected in many instances, and his is to be applauded. But it is only right that we draw attention to the self-employed parent.

But how might the situation be remedied? The reality is that this is an area which isn’t being sufficiently explored by the leading think tanks – a fact in itself symptomatic of an issue which has fallen through the cracks.

Mark Morrin, Principal Research Consultant at Respublica, said: ‘For years the self-employed have been encouraged to go that way, but when the crisis came they were ignored.’ He added that this gap speaks to the fact that the Conservatives ‘used to be entrepreneurial under Thatcher,’ but that now ‘the Red Wall Tories don’t look at the world that way. There is a major piece of research to be done here. You might not admire Hungary and Poland for obvious reasons but they have more sophisticated approaches to family policy. Singapore is also miles ahead in this area.’

Parents are tired of being called the ‘heroes of this crisis’ without having any recognition from the government about their contribution in stepping in for the state at this difficult time. And if you’re self-employed that lack of recognition may well go hand in hand without any recognition from where it would most help: the Treasury.