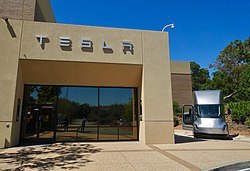 The Race to $1 trillion – which companies are on track?

New research from approve.com has examined the growth of companies, showing which are on track to reach a valuation of 1 trillion dollars.

Currently, only five companies have reached the benchmark (Apple, Microsoft, Saudi Aramco, Amazon, and Alphabet), but more companies are set to surpass $1 trillion by the end of the year.

Tesla has shown a very high growth rate, averaging an increase of 124% per year. Tesla is currently valued at $584bn, but they are on track to surpass 1 trillion by the end of the year according to the study.

Facebook and Chinese tech company Tencent are also on their ways up, with growth rates of 40% and 97%, respectively. Facebook’s growth rate is not as great as Tesla or Tencent, but as Facebook is already valued at $947 billion, they don’t have far to go.

Researchers also looked at what the fastest growing sectors are based on the same annual growth data. They’ve found that telecommunications is in the lead, with the automotive and entertainment industries following close behind.

One driving force behind the growth in telecommunications is Comcast, with a growth rate of 187%. Tesla’s success has led to growth in the automotive industry as well, despite the recent hit that industry has taken due to the pandemic.

The pandemic has also driven up internet traffic and led to the growth of streaming services, so entertainment companies such as Disney and Netflix are also growing fast. Netflix, with a growth rate of 74% annually, has greatly benefitted from the rise in home movie streaming.

Approve.com’s projection puts Comcast on track to reach $1 Trillion by 2023, while Netflix will have to wait until 2024. Disney, currently valued at $322bn, is projected to reach the mark by 2030.