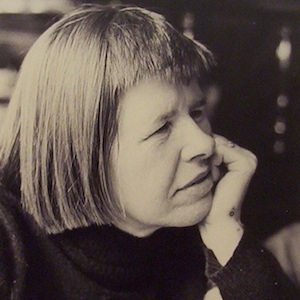 Here the poet and critic Merryn Williams recalls her first job at the Open University. As ever, we publish her poem after the interview.

FW: So what jobs do you recall with particular affection?

MW: I had a job at the Open University which was temporary, but then I got married and lived in the wilds of Bedfordshire and was fully occupied with bringing up children. That did give me time to write when they were a little older and I found that working from home was what I preferred. I went on teaching OU summer schools for several years, until they changed the curriculum, but I was teaching the nineteenth-century novel, not poetry.

Do you think poetry is being demoted in our society today?

It certainly is the case that poetry is being demoted, if children no longer have to do it at GCSE, but I had doubts about the kind of poetry that was being taught, when I occasionally coached my own children or the children of friends. They were forced to study ‘Poetry of the 1930s’, or Sylvia Plath. They found it difficult! I see the use of teaching the work of living poets, and asking these poets into schools, but it’s not usually the best of them who are selected.

What were your experiences of being taught poetry at school?

My own experience was very different. I have fond memories of Miss Margaret Smith from Hastings High, who took us to London to see Shakespeare, and I was excited by the poems in our ancient set books. ‘Beeny Cliff’, ‘Summertime in Bredon’, ‘The Wild Swans at Coole’, and all sorts of delightful Georgian pieces about moonlight or ice carts or London snow. So you will see that I have rather traditional tastes! My favourite workplace poem is Charles Causley’s ‘School at Four O’Clock’.

When the Open University opened, people

said it could never work, and was a mad

idea; there were only two real universities anyhow.

It was my first job and I was terrified.

I got there, knowing no one.  A field of mud

not far off emerged a new city, Milton Keynes.

There was much that I had to learn fast.  Then there was summer school,

teaching the great English and Russian novels to students

all older than myself.  I stayed awake

and heard them celebrating through the small hours.

I agonised at the thought of public speaking.

I didn’t know how vast it would become, but am grateful

for all the interesting people I met, the skills that I discovered;

thankful, above all, that the Open University

taught me to write so as to be understood.