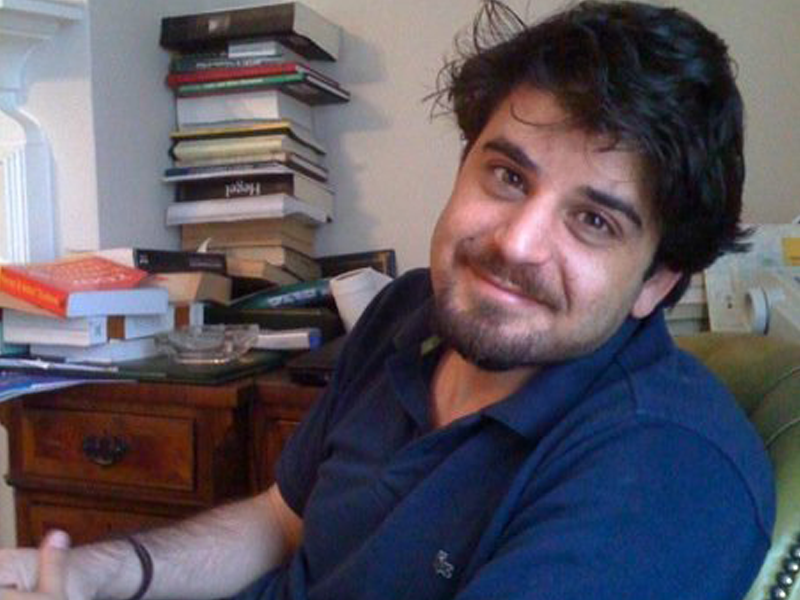 In the latest in our series focussing on poetry and the workplace, Omar Sabbagh discusses how his work as a university professor has impacted on his creativity

As a university teacher I am fortunate in the kind of work my profession demands.  My vocation as a writer, critical or creative, is where my personal hopes and projects and overall wished-for trajectory lie with most force. But I have often been inspired to write from out of the milieu of my day-job.

Working in education educates the educator, you might say, in more ways than in just the way any work educates.  In a sense, this has always been part of academic professions: a lecture and its reception can spur a new inkling for an academic article, or lead to a new insight.  There are, in fact, many examples in my own life-experience of this happening. Here, for example, is a poem written quite swiftly after teaching a class on Plato:

Strange to say it, but I’ve a nose for such things,

Smelling the whiteness, greenness, and so on…

I teach Plato, for instance, and the platonic folly

Of seeing that you see, the light, the lightest worry,


And I dance across the stage of the dapper class

Too, where two eyes make one, make two, make

And with unlike, I teach my pupils to grow, blacker

And blacker, till they return to their origin of white.

I’ve a nose for such things, though it’s strange to say it.

To the middle of the flesh that meets the dark laughter.

Work comes bearing gifts.  And you don’t have to have enjoyed Seamus Heaney’s ‘Digging’, to know that cultivating work with the pen can be just as nourishing as agriculture. But at the same time, one can also recognize the truth in the old romantic myth of ‘the tree of idleness.’

The romantic notion here is that truly creative work is not actually ‘work.’  That artists are born not made.  Under this mythography, the muse visits capriciously and the poet must be readied for that caprice.  And to be readied for that caprice means not to be doing anything else but waiting.  There is probably truth to this because idleness, rather than rigorous diligence, allows for more contingencies to pile up, and then for those to become actuated.

I’ve often found there’s a delayed reward to work. Often you read around a topic to seemingly little effect at the time.  But ten years later you might happen to be working on something to which the older work suddenly contributes, leading to its success.  I think this lesson is applicable in all our work lives.  If you work in a company which involves, say, the cultivating of contacts it can happen that eight years later, three companies on, perhaps the fortuitousness of having cultivated certain relationships which bore no profit whatsoever at the time, becomes in hindsight the centre of a sudden present success.  Scientists also find that a play of the imagination – whereby inventions and hypotheses are made without any immediate fruit – can later turn out to be the source of a new technology or line of research and development.

Play is at the heart of progress of whatever sort – and imagination is constructive, not merely fanciful. It is part of seeing well, and that’s just as relevant to an Einstein or a Keynes or a Bill Gates, as to people like me. In an essay criticizing quantitative trends in the adjudication of the fruitfulness of ‘academic’ work, Stefan Collini writes:

Publication in the humanities is, therefore, not always a matter of communicating ‘new findings’ or proposing a ‘new theory.’  It is often the expression of the deepened understanding which some individual has acquired, through much reading, discussion, and reflection, on a topic which has been in some senses ‘known’ for many generations.[1]

I like the way Collini correctly highlights that ‘newness’ is not a given, or even something immediately at hand.

My poem ‘More’ was also written very swiftly. The poem opens up into another way in which work might impact on writing – how one’s marriage, and the relationship of your spouse to work, might alter what you write.  It doesn’t have much to do with gender in this case, but rather with the interface of different temperaments – the idle (myself) and the industrious (the beloved in this poem).  And I suppose the moral of this poem is that those who won’t countenance the felicities of idleness, may end up feeling more fruitless than they otherwise would.  In this sense, idleness may seem from the poet’s perspective like a kind of health-giving temperance – a living with the let-live.

You look to a spot that’s taken by a star

Because there’s so much more

You could be doing,

And so much more, the air above, beneath your

Wings; and more – in lists I cannot bring

At times, of a simpler, lighter hue;


But when the missed ambition strikes

You look at me, busied in my blue

Music, and decide to mar


The day with your temper: tics,

My love, I’ve gotten used to.

Omar Sabbagh is a widely published poet, writer and critic.  His latest books are: Reading Fiona Sampson: A Study in Contemporary Poetry and Poetics (Anthem Press, 2020); To My Mind or Kinbotes: Essays on Literature (Whisk(e)y Tit, 2021).  Morning Lit: Portals After Alia is forthcoming in early 2022 with Cinnamon Press.  Currently, he teaches at the American University in Dubai (AUD), where he is Associate Professor of English.