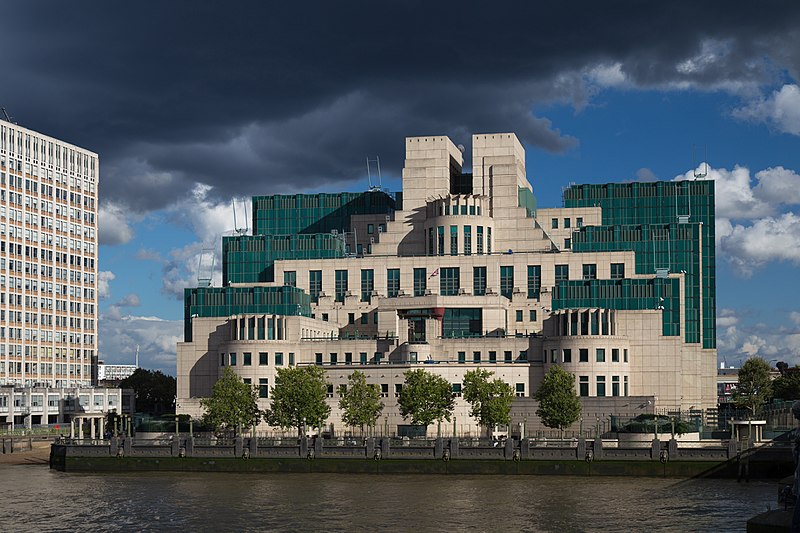 The inside story on how to be a spy

Along the river from Westminster in Thames House more than 4,000 people are working to protect the UK against threats to national security. Members of MI5 must be discreet about their work defending the country from espionage and terrorism but former intelligence officer Annie Machon has given FinitoWorld some insider information about MI5’s recruitment process and what it is like to be a spy.

MI5 of course refuse to reveal exactly what goes on behind the austere stone-fronted building but they do tell people what the job does not involve. They warn spy-hopefuls to put down their martini glass and throw away the Aston Martin keys. In reality being a spy isn’t glamorous and the work is often “routine and painstaking (though vitally important),” they say.

Intelligence officers will be highly trained in espionage techniques. Sometimes they operate openly, declaring themselves as representatives of foreign intelligence services to their host nation, sometimes they will operate covertly under the cover of other official positions and occasionally they may operate in “deep cover” under false names and nationalities.

Machon, a classics graduate from Girton College, Cambridge, applied to the foreign office to become a diplomat in 1990 and then received a mysterious letter from the ministry of defence. It told her there may be other jobs she would find more interesting and it asked her to ring a number.

“My first instinctive response, excuse the language, was ‘oh f*** it’s MI5’ I don’t know why but I was actually quite frightened and thought, why would they want me?” She says. But when she received the letter Machon’s father, a spy geek and John LeCarre enthusiast was in the room and he encouraged her to call the number.

The recruitment process took ten months and she was quizzed on various matters from her sexuality to her political views. Eventually Machon was given the job and   she began working on countering Irish terrorist threats.

The way Machon was recruited seems far more professional than the way the former head of MI5 Eliza Manningham-Buller entered MI5 in 1974  after an encounter at a drinks party. Indeed, since Machon’s job offer, MI5 have professionalised their recruitment process even further. It’s far more transparent and people can apply to work for MI5 via its website. People who reach the interview stage will be assessed with competency-based interview questions in which they will be asked for specific examples of past behaviour. If the interview goes well, there is a thorough vetting process and candidates have to complete detailed questionnaires and provide references.

During Machon’s final year at MI5 she was trained up as a recruiter. “It was the first year where they put open adverts into newspapers rather than the oblique ones. They had 20,000 applicants most of whom were James Bond wannabes and of course none of them got through and I think out of the 20,000 only 5 were recruited.”

In summary she says, if you want to work for the organisation “you need good organisation, good judgement, good analysis and good team-building skills.”

Ever increasingly, it seems MI5 is looking to diversify its workforce. “In my day it was very white, mostly male and almost certainly Oxbridge. They understood they had this groupthink problem and also Al Qaeda had appeared over the horizon as the new big terrorist threat so they did realise they need people from more ethnically diverse backgrounds as well.”

At the moment 43% of the workforce are women. Machon said: “In my day it was actually about 50:50 women working there but the bulk of the women who worked in the intelligence agencies at that time were working in the registry or working as secretaries.”

“I know that over the past 15 years they’ve been targeting women, even using Mumsnet I think to try and recruit more women,” she added.

In December 2020 MI5 published a Gender Pay Gap report which shows the mean pay for men is 13% higher than for women.  Director Ken McCallum said: “MI5 is committed to accelerating pace to deliver a diverse and inclusive workplace, harnessing and growing the talents of all sorts of people from all sorts of backgrounds to keep the country safe.”

Indeed, Machon praised MI5 for receiving awards from the likes of Stonewall for being one of the best LGBT employees.  She said: “This is an amazingly fast advance from my time there because when I joined you were not allowed to be homosexual because it might have been used for blackmail. That only changed in 1994 so to go from that to where we are I think is all credit to them.”

She speaks of the culture positively. “It was a very friendly workplace and it became so very quickly because you can’t talk about your life to anyone else so friendships and social groups and everything for very fast on the inside,” she explains.

But ultimately, Machon ended up on the run for a year after going to the press to expose alleged criminality within MI5.

It was back in August, 1997 that Machon went rogue. She and her fellow whistleblower David Shayler were concerned about how various departments within the intelligence service were operating. The pair took a number of classified documents to The Mail on Sunday. The very first story to be published alleged that the phone of the then New Labour spin doctor Peter Mandelson had been bugged for three years during the early 1970s.

Of course Machon never returned to the organisation after that. But inspired by her time at MI5, she has been focussing her time on ethical data solutions and she urges people who are interested in protecting the country to do the same.

MI5 offers roles for school leavers as well as university graduates and they are interested in a diverse range of people. As Machon’s story shows, joining MI5 is never going to be an easy career path but if you are genuinely interested in keeping the country safe it could be a route to seriously consider.