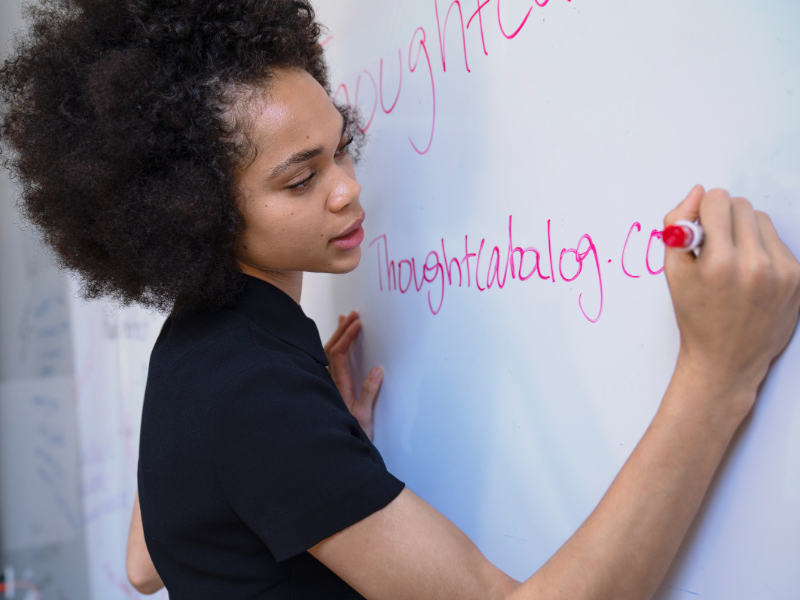 The Californian teachers who have never taught in the classroom

Schools in Ventura County, California first closed on March 13thof last year. As the pandemic continued, the county extended that shutdown multiple times with no set end in sight. Now, many districts are seeing students return to class. For many new teachers, this will be their first time in front of a class of real life, non-virtual students.

Melissa Grennan is a 22-year-old history teacher in her first year on the job. It is apparent that she really cares for her pupils, and that she chose this job for the love of it.

“I’ve always wanted to become a teacher. I’ve liked telling people what to do since I was little,” she jokes.

Brennan now teaches US History to 16-year-olds in their Junior year at Ventura High School. She has never met any of them. A once exciting prospect, the reality of teaching in 2021 has not fitted with her expectations.

“I was really excited about the aspect of getting to know my students, which is much harder online,” she says, while sitting in the same home office where she teaches. There are Polaroid photographs hung with clothes pins on her wall, and she keeps her camera angle high to disguise the fact that she is delivering lectures from her childhood bedroom.

“I thought there was going to be a lot more interactive collaboration, and over Zoom there’s none,” Grennan continues. “We can’t require that the students turn their cameras on… we can’t even require that they attend because of equity issues. I only know what three of my students look like.”

Ventura High School is public, so the school is not allowed to require parents to spend money on educational tools. Because some families cannot afford internet, attendance cannot be made mandatory.

Getting students engaged with the material has always been difficult at the best of times. Now, with motivation at an all-time low, teachers often face black screens and muted microphones.

“I feel so bad for them,” Grennan says. “I’ve had a few students reach out to me to say, ‘I’m sorry that my grades are so low, I just have no motivation right now’, and that’s a heart-breaking email to get from a 16-year-old.”

She has attempted to make things easier on the students, but relaxed requirements are not enough to keep many of their grades afloat.

“My grading policy is pretty lax: there are no late penalties or homework. Everything I assign we do together in class,” Grennan explains. She has resorted to awarding one extra credit point for any comment a student makes in the chatroom – only one student regularly engages.

“I once was able to bring Kanye West into the conversation,” she says, laughing to herself. “One student commented, ‘I miss the old Kanye’, and I said, ‘You know what? That’s an extra credit point right there, because at least I know that you were listening!’”

New teachers report to a Cooperating Teacher (CT) who sits in on the class to keep things on track. Normally Grennan and her CT would alternate lesson plans, but with the pandemic, the CT has left her to fend mostly for herself. She has enjoyed this freedom, and often discusses current events in her online classroom.

Teaching US History today is in and of itself a challenge. Grennan had her students take a political typography quiz to provide an easier approach to the issue.

“On both sides of the spectrum, I had kids tell me that Trump was making the US a better place, and some tell me that AOC is their idol! Every one of them told me that they were going to vote in the first election they could,” she says. “I don’t share my own opinions, I mostly let them share theirs. Sometimes I do worry about turning kids away. When I say the election (of Joe Biden) was legitimate, which is a fact, I wonder how many of them just shut down.”

While juggling lesson plans and drafting emails to concerned parents, Grennan attends Cal Lutheran University, pursuing her full teaching credential and a Master’s degree. She says that she faces the same feeling of distance and lack of motivation that her students face.

“I think online learning works for some, but I don’t think it should become the norm. Even at the university level, I hate taking classes online,” Grennan says. “If I have to sit in class for three hours, I’d rather do it in a room full of people!”

Despite the grim situation, Grennan is able to see the positive side of things. “If I’m able to teach online, imagine how much easier it’ll be in-person,” she says, adding that “so many teachers have quit because of how awful this is… I guess that makes it easier to find a job!”

Ventura High School is set to re-open in August.