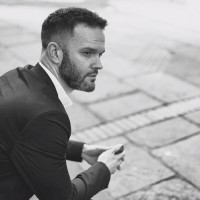 For 20 years, I have been assisting successful and busy HNW individuals and families as a private assistant.

I represent those who need highly experienced and flexible support – someone to represent them confidently, discretely, and efficiently in all matters relating to their private lives.

To my principal(s), I am a personal Swiss Army knife.

I have been featured in The Financial Times, I am consistently approached for the top PA roles, and I am considered one of the best in the market.

All the while, being part of an industry that is only 4% male.

Sounds pretty good, right?  What is doesn’t say it that I fell into the industry by fluke – and that I blagged and bullshitted my way into one of the most high-profile roles in London at one point. It doesn’t say how A/B testing various approaches to things like job applications, CV structure, and interview techniques eventually resulted in success. Nor does it say how personal development and private study led me to some of the winning formulas and ideas that are now part of the one-to-one courses I give to aspiring assistants, 2nd jobbers, and the experienced PA’s and EA’s out there..

Would you like to know how I did it?…. One word: Mindset.

In my first interview as a PA I only asked one question at the end; more for clarity than anything else. “So, you tell me what you want, I go do it, you’re happy and you pay me for doing that. That’s it?!”.  It sounded too good to be true. What I didn’t understand back then is that it can be a nightmare on multiple levels for some people. Many people get stuck on the question of: ‘What if’.  What if I can do it?! What if I can’t find it?! What if I can’t arrange it?!  But to me that was easy-peasy.  My mindset was already in a place: I believe there is a way around everything.

In that first job, it was made clear to me by my principal that, “it is not about you, it’s about me”.  I made her laugh when I replied, “I grew up in an all-female household, so I’m used to being a second class citizen”.  That was partly a joke, but there was also truth to it. I was already accustomed to not being the centre of attention in a house of two older sisters. The mindset was already there. What I had to learn was the actual job.

I should have been fired at least once a month in that job, but I was fortunate that my principal wanted to mould her PA. She wanted it done in her way. Fast forward ten more years and two more principals and I thought I knew it all.  I did not. But what I took with me into new roles was the starting point of ‘it’s not about me’. That gave me the chance to study the new Principal and find out how to perform. It wasn’t about my ego and who I was. That would’ve only got in the way. I learned to focus on them and to figure out the rest out as I went.

After 21 years in the sector, I can now be found working for a lovely family and using all of my know-how and every single one of my skills to make sure they have smooth sailing in their lives.

Wikipedia:  A personal assistant, also referred to as personal aide or personal secretary, is a job title describing a person who assists a specific person with their daily business or personal tasks

What I discovered in just three short phone calls over the course of a weekend at the end of Summer ’21, changed not only my understanding of the sector but what it was most definitely lacking.

I was messaged by three contacts of mine asking for help with various arrangements.  These were highly successful people within their respective industries, all with their own assistants.  Why on earth did they have to ask me for help?  This was especially odd as what they needed in each instance was easily accomplished. Clearly, they didn’t feel their own assistants were capable.

Out of a sense of frustration I jumped onto LinkedIn on the Monday morning and told everyone that I was going to upgrade anyone who wanted it. I would lift the veil, and tell the truth, and hand over all the tips and tricks of my trade, and instil a new way of thinking.  I would launch a closed-door Masterclass for 20 people with one of London’s leading personal assistants.

72 hours later I was sold out! This was a surprise. I didn’t have a website, venue, or even talking points. I spent the next week building a shoddy site, putting together a curriculum, and begging for venue space among my contacts.

What I anticipated being a four-hour session turned into eight hours. I thought it would just be listening ears, but the day turned into a deep dive workshop and lengthy Q&A. Each attendee had their own needs and wants.  I realised that there was no one-size-fits-all formula for upgrading an executive assistant / personal assistant. That then became the first and last group Masterclass.

I have since moved to one-on-one sessions where I cater to exactly the areas the pupil wishes to focus on or needs the most. I have FaceTime and IRL sessions with self-funding individuals, have been booked by employers wanting a tailor-made session for their existing assistant (minus the ‘job hunting’ part of the curriculum).  I have conducted group sessions for a company’s team of assistants with a focus on mindset. I have also become part of an HR onboarding package for new assistants joining the firm; it is a way to iron out any creases and make sure assistants are at their best in their first week.

Whether corporate or private bookings, my intention has stayed the same; to not only provide valuable an abundant content but also the opportunity to benefit from my support and advice after the Masterclass.

The Sector as a Whole

There a two main job titles that ultimately make up the industry.

An Executive Assistant is someone who typically supports in a business capacity in a 9-5 office environment.  The role involves diary management, travel arrangements, expense reconciliation, call handling, and some light personal arrangements.  It tends to attract those who have an interest in business to some degree and who like structure and a team or office environment.

A Personal Assistant is a broad term but typically revolves around the lifestyle and personal requirements of the principal. No two days are ever the same; just as no two days are ever the same for anyone’s personal life. Social, travel, family, extended family, medical, household, and research and procurement can be just some of the items that feature in the assistant’s day. Those who do well in this role enjoy being of help and have a genuine love of variety.

By comparison, executive assistant salary average is only slightly higher at £38,704.  Vacancies in London however have only gone up 1.0 per cent year-on-year. As of writing, there are 1,588 London executive assistant jobs. This would go to suggest that there is a growing demand for personal assistants and that the pandemic affected the number of EA’s required in office spaces. Maybe.

The top executive assistants in London can earn £70,000 pa and a top earning personal assistant can pull £85,000 pa.  With longevity and generous employers, these roles can see six-figures when bonuses are factored in.

With the advent of the remote working Virtual Assistant, even relatively low earners can get business or personal support of some kind.  I have seen all walks of life advertise for an assistant. Old money, new money, celebrities (from A-D), foreign wealth, new to London, occasional visitors, relocators, musicians, authors, start-up entrepreneurs, overwhelmed single parents, the list goes on. In general, it is the overwhelmed who seek private support.

The Future of the Sector

10 years ago, before Open Table or Seven Rooms, to get a seat at a top London eatery took connections and savvy.  Equally, the reservations desk needed to be diary magicians to fit all the VIPs in. Now, and even more so since the pandemic, these apps are not only the interface for the diner but also for the restaurant. The availability you see, is what they see.

My point? I don’t see a time when the principal will login to something in order to make all the arrangements they need when they can pick up the phone to someone who knows them personally; who knows what they like and how they like it done. Only so much can be done by the principal themselves before the overload happens again.

In short, the assistant isn’t going anywhere.  It doesn’t matter who is reading this – if I gave you me for the day, I would be rushed off my feet with all the to-do’s you have in your life.  Wealth or success just adds to the list.

I am writing a guidebook based on my sessions of The PA Masterclass.  It distils the curriculum into the essential information to help those who are considering the industry or getting back into it after time away.  It’s also geared to help the move from 1st to 2nd job.

Unfortunately, I can’t see everyone who requests the Masterclass as I’m in a live role and short on spare time.  Also, not everyone can afford the Masterclass but I want to be able to give advice to anyone who needs it in whichever way I can.