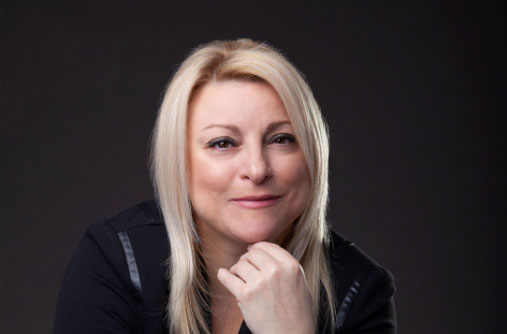 We live in an age of rapid change. It feels like many of the workplace conventions we accepted without question for the last 30 years are turning on their heads on a daily basis. I am not talking about digitalisation; I am talking about the human experience of working. Today, we are encouraged to bring our whole selves to work, to express our sense of personal identity without fear of discrimination or disapproval. We expect equality and inclusivity, and we expect our mental health to be prioritised as much as our physical health and safety. This is a good thing.

However, there is still a long way to go in so many areas. The human experience of the workplace is changing, but are workplace relationships changing with them? After all, don’t we still have seniority, hierarchy and decision-making structures that look rather old-fashioned?

Let’s use mentoring as an example of traditional workplace relationships.  What image does mentoring create in your imagination? When you visualise the mentor-mentee relationship, which one is older? Conventional wisdom – and every Kung Fu movie, Star Wars style epic and Hollywood action blockbuster – says the mentor is older. There is an unconscious bias at work here, the age-old association between older and wiser. But wait, what exactly does wiser refer to? Knowledge and experience. Those two attributes don’t necessarily track with age. In fact, in the modern workplace – especially given its reliance on new technologies – knowledge and experience are rapidly transferring to a much younger demographic.

Could we consider mentoring from a different perspective? Yes. Who is better suited to mentor on using social media channels and selfie videos to communicate in the workplace? Well, clearly the person with the most experience would be who? A 50-year-old executive in a C-suite role or a new graduate with a thriving Instagram account? Emerging professionals – digital natives –  have grown up in a world of mobile digital communications and social media. Obviously, the new graduate is the best mentor candidate in this context.

That concept of getting new hires to mentor the C-suite is a truly progressive approach to improving company performance on a range of different levels. It sets-up a skills transfer that is two-way, because by teaching the older members of the company to engage with new ideas, the emerging talent gets to work with experienced senior leaders, and their knowledge will rub off in both directions.

This brings us to the elephant in the room. If you believe the hype, the leadership of every organisation has a door that is always open and an open mind for any and all ideas. In reality, there’s a stubbornness about age and seniority. The stubbornness comes from workplace status, and status is the enemy of inclusion and effective change. Is that cynical? Well, how many new recruits are mentoring their C-suites? How many graduates are helping their CEOs to create podcasts or advising their CTOs on company smartphone contracts? Not nearly enough.

What is really at stake for organisations when tackling this kind of change is bottom line, buck-stops-here, profit and loss common sense. Mentoring-up (or reverse mentoring) is a really good example of innovation within the field of employee experience. It increases engagement for emerging professionals with the larger organisation – to look over the cubicle wall towards the top. It also improves talent retention, which saves bottom-line HR dollars, and increases the knowledge within the workforce, which in turn improves results and productivity. It also promotes inclusion. It’s a win-win.

About 12 years ago I remember talking to an HR professional at a major New York bank, who had problems with hiring emerging professionals. The best candidates would turn down job offers once they discovered company policy was to use an office Blackberry with official work apps, and couldn’t use their personal smartphones, personal emails or personal chat apps to communicate with colleagues. My HR friend couldn’t work out what the problem was, saying “it’s just a phone”. I explained that personal smartphones weren’t just phones, they represented a new way of living and working – and new expectations of the workplace. That wasn’t something the leadership of that organisation could learn from their own experiences, they needed to listen to emerging professionals in a way they hadn’t before.

Similarly, one of my coaching clients told me about a project at a major telecoms company, where each senior leader was assigned a “digital ninja” – a young person who helped a C-suite mentee to make the most of their new internal Yammer platform. This is a step in the right direction, but it hit a snag. Emerging professionals didn’t like the term ninja. Ninjas are generally associated with Japan and traditionally male, it’s a cliché, loaded with rather old-fashioned notions of technology and loaded with unconscious gender and racial issues. The people who were named ninjas wanted to be referred to as skilled professionals – something validating, not something out of a Kung-Fu movie.

We live in times where terms like ‘woke’ and ‘culture wars’ fill our news feeds, and there seems to be increasing polarisation in politics and society. This is ultimately bad for business because workplaces rely on social co-operation and teamwork. Diversity and inclusion aren’t just about personal identity, they refer to smarter working practices and decision making. The workplaces that embrace the power of inclusion across traditional hierarchies will ultimately win out, with reduced recruitment costs, lower staff turnover and better productivity. It’s about recognising how concepts like inclusion relate to improving business performance. Mentoring-up is just one example of a practical approach to turning the good intentions of diversity and inclusion into better, hands-on company processes. As for the next great idea, perhaps the emerging talent should be suggesting that to their C-suites, rather than waiting for the older generation to take the initiative? Now that is a very exciting idea.

Sophia Petrides is a Finito mentor