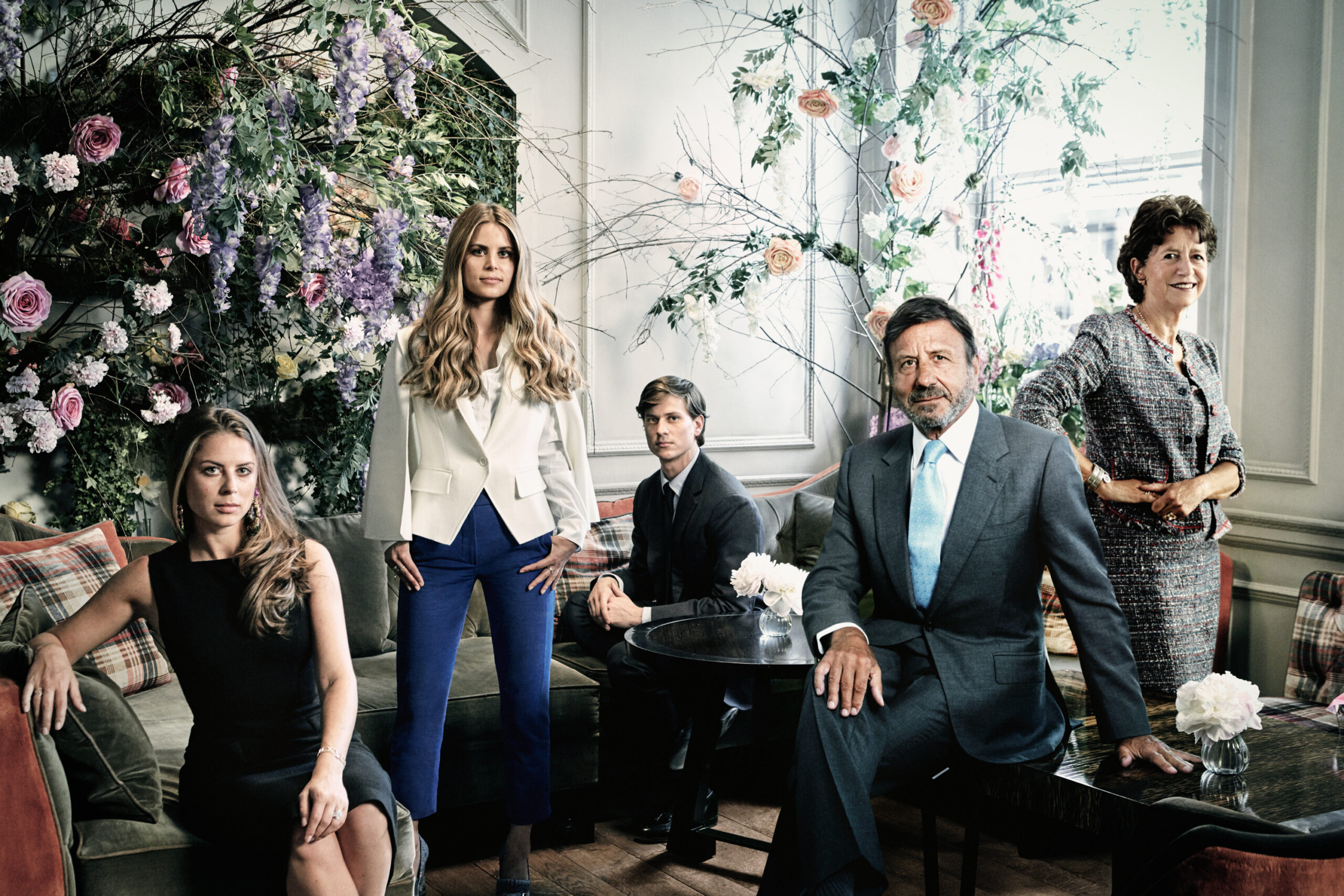 The attractions of the hotel industry are the same as they were before the pandemic. Young people should know that hotels dependent on a domestic audience are doing better than hotels that had been dependent on an international market. For instance, my sister has two hotels, the Hotel Tresanton in Cornwall and Hotel Endsleigh in Devon. They have been doing very well.

My father, the late Lord Forte, had an enthusiasm for the hospitality business, and a great sense of dedication to it. He was very disciplined in his approach and a man of huge integrity. His view of business was that it’s important to be fair to people, to one’s partners, one’s customers, staff and suppliers – and to treat everyone with equal respect. He was an intelligent man with great charm and the ability to communicate.

Looking back, he created an atmosphere – a culture which was very strong and it all to do with him. I try to do the same in the businesses I’ve created. That’s the thing I’m most proud of. However much money and wealth I’ve created, what pleases me is the sense of culture and continuity which you’ll find across my properties.

My hope is that there’s a warmth and welcoming atmosphere in all my hotels which you don’t find in all other properties – I aim for that sense of family, history and continuity and I hope my staff see us as family. My sister Olga, and my children too, are all passionate about what we do and care very much about the results and the quality of the service we give to our customers. We have a professional team of people working for us, very good training programmes, development schemes and so on.

As to my children, they all have different roles within the business. My daughter Lydia is responsible for restaurants and bars. She has long experience of working outside the company in restaurants. In fact, after her university degree at Oxford, she became a waitress in one of Mark Hix’s restaurants and did a year and a half with him, before being recruited to be assistant manager at the Markham Inn in Chelsea.

My second daughter Irene is responsible for the spas, and also worked holiday jobs and spent a year and a half working in Brown’s going through various departments. Having worked on the personal training side and taken special initiatives there, she developed a spa philosophy for us because we’d never had one before she came on board – but then I don’t like them, and don’t use them myself!

Irene has also developed some organic skincare products off her own bat called Irene Forte, and she’s launching that effectively as a separate business though we’ll continue to have a shareholding in it. My son works on the development side finding new hotels and so on. We’d be especially in moving into America and Paris at some point.

I’m sometimes asked about the Everyman hardbacks in the rooms. It’s a feature we’ve had in our hotels, but again it’s a family thing. My sister’s really pushed that as part of decoration in the hotels. It’s do with making them feel more homely and more comfortable. The Everyman range has a big cross section of books, and we try and put books relating to the locality of the hotel in the rooms. So for example in the Verdura Resort in Sicily, we have Montalbano novels, as well as Lampedusa’s The Leopard.

I only speak Italian and French. I don’t speak German unfortunately; I’ve been too lazy to learn it. I’ve had a hotel presence there for ten years now and hardly speak a word of it, so I suppose I should be chastised for that. Obviously, if you speak people’s languages you can interact that much better. Although Italy is my second country, my blood is Italian so I have a natural instinct for Italy. I’m thought of as an Italian in Italy, or as a Brit in the UK – or a very strange one! But what makes the hotels work so well is this family culture I’m describing.