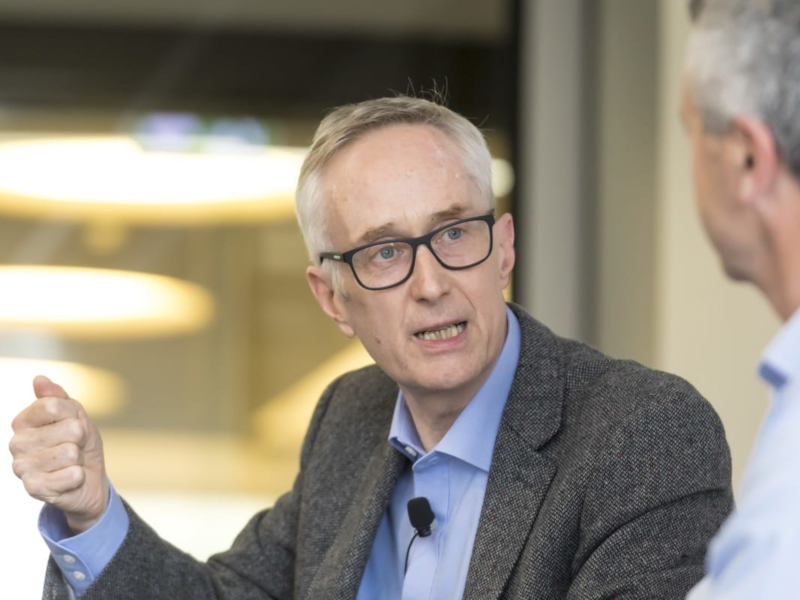 The great educationalist on Blair, the Office for National Students and lessons learned in international education

Secretary of State for the Department for Education Gavin Williamson recently asked me to chair a review on digital poverty. We’ll publish in February and we’ll look at what universities have been doing in this area and we’ll make some recommendations both for the next academic year 2021-2 and for the long term.

A lot of people think that ‘digital poverty’ means I haven’t got a laptop but there’s a lot more to it than that. It’s also: ‘Have you got the hardware? Have you got appropriate software? Have you got a teacher trained to teach online? Have you got connectivity and reliability and rapid repair if needed? If any one of them isn’t functional, you’ll be losing out digitally’.

When I was working with Tony Blair, he always used to say about education: ‘This is much more important than anything, even than the Middle East.’ Most prime ministers don’t care enough about education and it was great to know when the spending review came round that the PM would want to increase the education budget. And to be fair to Gordon Brown he was also a big fan of education. It’s not their fault but the new government has been completely overwhelmed by the coronavirus crisis.

In my most recent role as head of Office for Students, I’m always aware when I’m dealing with universities that these are institutions under immense strain because of the coronavirus situation. But because of what’s been happening with Black Lives Matter, we’ve been very careful to make sure we hold their feet to the fire on making sure the numbers stack up on underprivileged children, especially those from minority backgrounds.

Pakistan is a country I’ve grown to love. I’ve been there 50-something times. It’s a tough place to work and I’ve grown to love the people. Delivery Associates, the firm I chair, focused on primary elementary school and on getting kids into school and making sure they’re learning. We made some significant progress. There are 100 million people including 13 million children, and we had a wide range of initiatives, including vouchers for lower income families getting their kids into school.

Travelling around the world I’ve had the opportunity to work with some brilliant people. For instance, Barack Obama had a Secretary of State for Education called Arne Duncan. The US federal government is a relatively minor player in the US, as most is funded at local and state level. But Duncan got a big pot of money as a result of the legislation passed in the aftermath of the financial crisis. Another person might have just shared out the money by state according to population but he didn’t do that. He did a Race to the Top competition whereby any state lifting the cap on the number of charter schools and introducing an individual student level data system could play. The traditional thing would have been for the education department in Washington to pick and choose among state proposals and be lobbied endlessly by senators from states. Duncan got panels of experts to interview state teams. They reported back to him and he placed the interviews between experts and state teams on YouTube. That worked well, as it was a wholly transparent process.

The turnover in our civil service is too high. When I was working in the Blair administration, I would typically say to the permanent secretary in the education department, on an important issue: ‘This is an important priority of the prime minister. Would you please make sure this person is a) good at their job and b) likely to be in it for a while? Otherwise, I knew nothing would get done.’

There’s another perhaps deeper issue, which is institutional memory over a long period. People forget the history. Nobody forgets the 70th anniversary of the NHS; in 2018 everyone celebrated. Now we have the 150th anniversary of state education in this country, as a result of the Education Reform Act passed in the first Gladstone administration, and no one knows about it. But in September, after some pressure from me, the Foundation for Education Development [FED] was persuaded put on an event.

Employability is a big issue universities need to look at.

I don’t know truthfully what will happen as a result of coronavirus, but I hope some surprising and positive things will come out of it. One thing will be the use of digital techniques including not just lectures and individual tuition online – all of which happened very rapidly once lockdown occurred – but also things like virtual reality. For instance, if you’re training to be a pilot, you’re not in a plane most of the time; you’re in a simulator. Things like that will be accelerated.