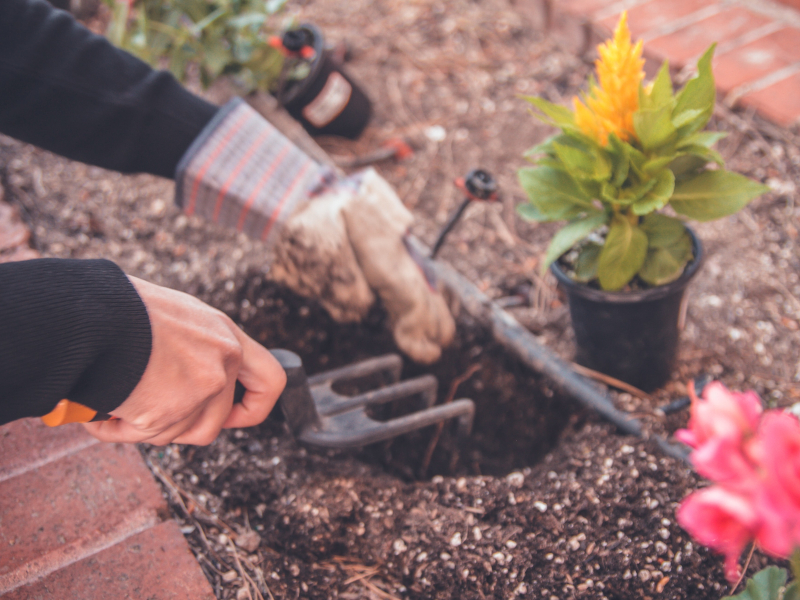 Should gardening be on the national curriculum?

Never let a casual utterance from a great man go to waste. When Sir David Attenborough expressed an interest in the idea of gardening forming part of the national curriculum, Finito World looked into the matter in more detail

Sir David Attenborough is obviously a man used to uttering qualifiers. When we put it to him in our interview opposite that gardening ought to be on the national curriculum he expressed excited interest, but also stated that he wished to know more.

Obedient as always to the wishes of a great man, we conducted some research for him.

The idea chimed immediately within the gardening profession. Jo Thompson, a former teacher and four-time Gold medal-winner at the RHS Chelsea Flower Show, said: ‘In the past six months, people have started to want to develop their skills again, casting their minds back to retrieve nuggets of information once passed on by parents, grandparents, an enthusiastic teacher, an encouraging neighbor,’ she told us.

Soon others in the profession had expressed interest in our campaign, including the legendary Piet Oudolf, who designed the gardens at the High Line in New York. But we felt the need to stress-test the idea with someone from the political classes in order to ascertain how it would be perceived by Whitehall and Westminster. Who better to speak to than the former education secretary Nicky Morgan who held the role of Secretary of State to the Department for Education from 2014 to 2016?

Morgan replied immediately: ‘Interesting point from David Attenborough,’ before admitting: ‘As education secretary, I started keeping a list of all the things people wanted schools to do – on top of teaching the curriculum – and if we’d said yes to all of them – and most were sensible – schools would have to stay open until midnight.’

Even so, Morgan was receptive to the idea and made the following suggestion: ‘My take on it is that there should be time in the school week to have a period when young people do something other than academic work which develops their character and supports their mental health and that could well include gardening – but would include other activities such as volunteering, enterprise etc.’

It is noteworthy that gardening feeds into both the character agenda of the right, and ideas more usually associated with the left. The activity teaches us not only resilience and patience – attributes Morgan deems particularly important – but also a sense of citizenship and wisdom espoused by another former education secretary Estelle Morris on page 14.

And with more teaching going on outside, isn’t this also inevitable? Green party peer Natalie Bennett concurs: ‘I’ve been asking the government questions about taking more education outside and into the natural world. We need not just biological science but contact with nature.’ For her, as for Morgan, it is part of a wider story where we need to teach children to explore ‘their creative side’.

But isn’t there a problem also whereby urban sites will be less able to teach gardening as, say, a typical private school in Surrey?

We put this objection to international plants man Piet Oudolf. He had little time for that reasoning: ‘It’s true that most people in cities have no gardens, but I think even in cities you can learn by what’s going on in your street and in your neighborhood. Street gardens can stimulate children and be interesting.’

Thompson agreed: ‘Even if you haven’t got a garden space, there’s a chance you have a window sill or a front doorstep, and it’s being shown how these spaces can be transformed, bringing not only joy to the person who’s gardening but also to passers-by, engendering conversation and thus combatting loneliness and isolation.’

Having dispensed with the likely objections, we felt we were now armed with enough to take the matter to Robert Halfon MP, a legendary campaigner in his own right, who sits as Chair of the Education Select Committee. We wrote to him, explaining that the gardening agenda would assist him in his own fight for guaranteed apprenticeships, arguing that a change to the curriculum would ‘create children unafraid of work, and able to understand that education must sit within the context of a sense of one’s wider place in the world.’

Our next letter to the education secretary Gavin Williamson’s special advisers makes our case fully, arguing that it is the right moment for the government to signal its understanding of the way in which the world has changed since Covid-19, and also urging the government to accept that gardening is an industry with jobs, at a time when we need to seek every employment avenue available.

Acknowledgements from Mr Halfon’s office, and from the Department for Education were received before we went to press. Mr Halfon wrote: “I really believe that outdoor practical activities are so important. I’d be interested in how it would work in practice.”

Encouraged by this, we will update readers on progress as and when it comes in.