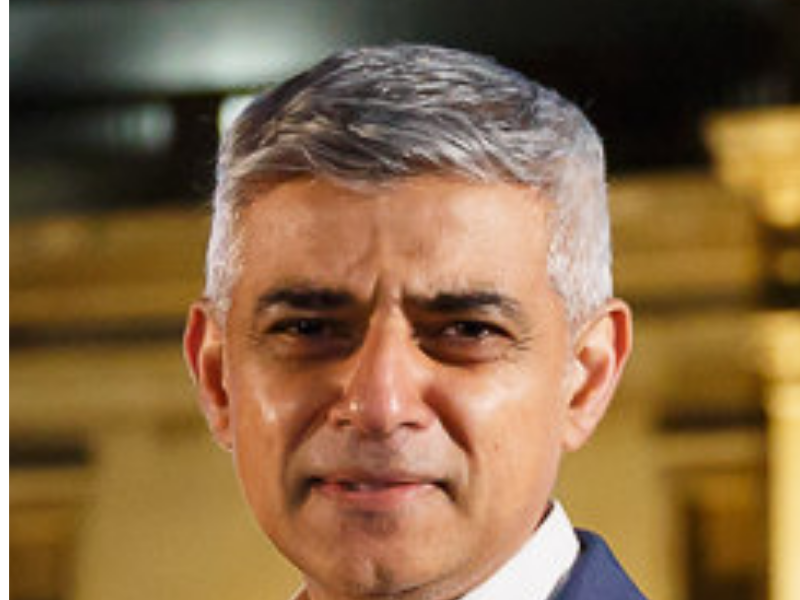 Sadiq Khan exclusive: ‘My focus is on jobs, jobs, jobs’

In the next in our series on the London mayoral election, Emily Prescott interviews the current mayor Sadiq Khan about education, the economy and his regret at trusting Boris Johnson

Sadiq Khan has a few regrets. For instance, on the London Mayoral campaign trail a few weeks ago he tried to display his skills by performing bunny hops on a bicycle borrowed from a reporter. “The bike’s too heavy, it’s a nonsense bike,” he sighed as he failed to achieve lift-off. “On reflection, it may have been a mistake,” he concedes now.

These lighter moments of Boris-esque buffoonery are rare for Khan, and in reality, his regrets are not so quaint — at times he cries and at times he struggles to sleep.  “Every night when I go to bed, I am always reflective on what could have gone better during the day. I don’t ever think I’ve had a perfect day,”  he tells us via email.

Khan, who became London’s mayor after a landslide victory over his Conservative opponent Zac Goldsmith in 2016, has had a particularly tough year.  “A big regret I have is trusting the Prime Minister last March when he said he would follow the science in tackling Covid-19. It quite quickly became clear that this was not the case and unfortunately led to many avoidable deaths,” he says.

Indeed, more than 14,000 people have died in London hospitals following a positive COVID test. Khan himself has lost friends to the virus, one of whom was just 53 — three years older than the mayor.

Throughout the pandemic, Khan has been open about his emotional struggles. He has also openly expressed frustration at being excluded from key decisions by the Government and not being invited to COBRA meetings. His relationship with the prime minister is far from harmonious and we understand he is now off the prime minister’s Christmas list. “This pandemic should have been an opportunity for the Government to see Mayors across the country as its allies rather than adversaries,” he sighs.

If only he had more power.  Covid-19 has meant a vast expansion of Government control and cuts to Khan’s budget. “I think Mayors across the country have far too little power compared to our global counterparts,” Khan says, and adds: “For example, the Mayors of New York and Tokyo can spend 50 percent and 70 percent of tax raised in their cities compared with the seven percent I have as Mayor of London.”

Although London mayors have few formal powers, they have big profiles and large platforms. And Khan is determined to keep whatever power he does have so he is staring down Shaun Bailey, the Tory candidate in what Khan says is a “two-horse race” on May 6.

“The Conservative candidate has shown Londoners time and time again that he will not stand up for our city and that he doesn’t share our values when it comes to openness, inclusion and diversity,” he says.

“I respect him as an individual,” he insists, but proceeds to say: “He has said terrible things about women, working class communities and multiculturalism… I find his views divisive and offensive.” Even when he’s talking about his rival, Khan has a respectfulness — while his supporters might say this is evidence of his level-headedness, his critics might say it is evidence of his weakness.

Those who point to Khan’s weaknesses focus on his planned pedestrianisation of Oxford Street, which was vetoed by the Conservative-run Westminster Council, then of course there’s been the severely delayed opening of Crossrail. Meanwhile, his supporters often point to his introduction of the world’s first ultra-low emission zone. A recent report, which does not include falls in pollution after the first Covid-19 lockdown, found there has been a 94 per cent reduction in the number of people living in areas with illegal levels of nitrogen dioxide since Khan became mayor.

But if Khan gets elected again, he has a lot to do to revitalise London post-COVID. “I’ll urgently tackle the increase in unemployment with a relentless focus on jobs, revive tourism in central London and support a safe recovery for our hospitality and creative sectors. I am pursuing a vision for a brighter future for London that will make our capital greener, fairer and safer for all, and I will always stand up for our city against the most anti-London government in living memory,” he writes, rather like a press officer.

He adds: “I have a plan for supporting more than 170,000 well paid, future-proof jobs in the green economy as well as generating employment by supporting businesses, helping Londoners retrain and banging the drum for investment in our city from around the world.”

Although running the schools doesn’t fall under the Mayor’s jurisdiction, Khan has been “working hard to close the digital divide across schools in London, allocating £1.5million towards school children accessing the equipment they need to learn throughout the pandemic and beyond.”

“I also back making relationships education for primary pupils and relationships and sex education for secondary pupils compulsory to promote learning about positive, healthy relationships of all shapes and sizes and counter unhealthy attitudes and behaviours which can, if left unchecked, evolve into bigotry, discrimination and even violence,” he tells us.

While Laurence Fox told FinitoWorld, rather confusingly, that he wanted to “recolonise the curriculum,” Khan is more articulate about how he thinks history classes should deal Britain’s colonial past. He has campaigned for black history to be part of the national curriculum. He explains: “Education has an important role to play in providing a more complete picture of our history and a better understanding of the historic and institutional reasons for racial inequality in Britain.”

Khan still lives in Tooting where he grew up on a housing estate. He was the son of a Pakistani immigrant bus driver and a piecework seamstress. He worked as a human rights lawyer before he was elected to parliament in 2005 and became London’s first Muslim MP. He insists he is there to represent all Londoners and to tackle inequality in the capital.

“If re-elected, I will continue to lobby the government to make these changes to the National Curriculum and give schools the tools and support they need to empower a new generation of Londoners to strive towards a fairer and more equitable city,” he concludes.

He may have failed to achieve lift-off on the bike on Hackney Marshes, but will his message land with Londoners this time? Almost definitely, but will he be able to work with the Prime Minister and implement the changes he talks about? Now that will be harder to get off the ground.