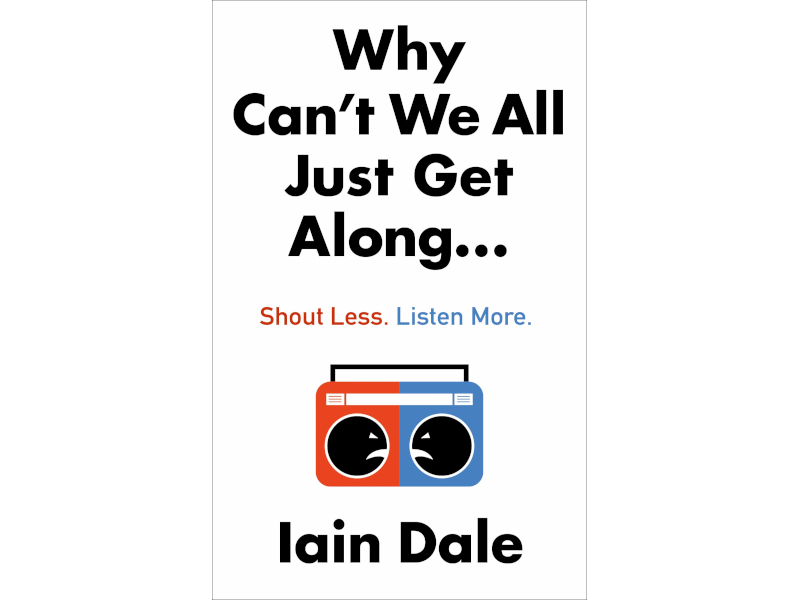 Review: Why Can’t We All Just Get Along by Iain Dale

By reflecting on Brexit, Trump and Twitter spats, Iain Dale examines why public discourse has become so angry and unproductive. Dale builds a gloriously optimistic road map to a kinder world, centred around the fundamental decencies of human nature. He even provides a simple bullet point list of suggestions from “Never post a picture of your food. No one is interested. Not even your mother” to “Whatever you do, don’t swear.” By his own admission, this is not an intellectual book and at times, like so many journalists, he spends too much time writing about Twitter storms. The richest and most illuminating anecdotes, however, come from his experiences interviewing prime ministers and, surprisingly, his relationship with his parents. This is a book about disagreements, but mostly it’s a book about hope.

Why Can’t We All Just Get Along: HarperCollins Publishers, £12.99