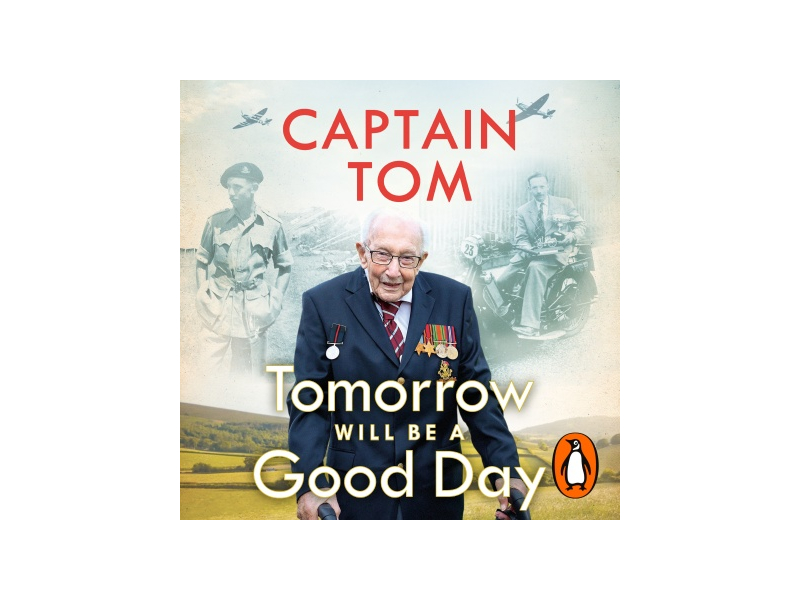 Review: Tomorrow will be a Good Day by Captain Sir Thomas Moore

Reading Captain Tom’s autobiography feels a bit like watching one of those really good X Factor auditions, you know it is a bit staged and quite formulaic but it still makes you feel warm and fuzzy. The book has a wonderfully satisfying narrative arch following the extraordinary life of a seemingly ordinary man who suffers some tragedies but finishes triumphant. Although the tone is mostly gentle, Moore is surprisingly frank in its detailing of some of the sadnesses in his romantic relationships, from descriptions of the “loveless bed” in his first marriage to the death of his wife, Pamela, “to watch someone you love decline through dementia is a slow kind of torture,” he says. It also portrays Moore’s warmth and humour, for instance, on his knighthood he writes: “I joked that I hoped the Queen wasn’t too heavy-handed with the sword.” It is this collision between the ordinary and extraordinary that captured the nation’s hearts when the 100-year-old walked around his garden to raise money for the NHS and this shines through in the autobiography.