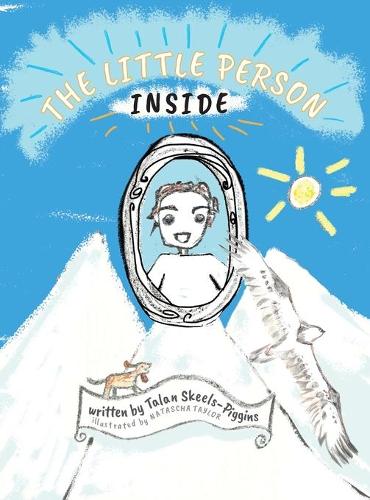 This column hasn’t so far made a habit of reviewing children’s books, but it mustn’t ever be said we don’t celebrate the achievements of our mentors and so an exception has been made here. Besides, this short book by Talan Skeels-Piggins is a pleasure to read and is also splendidly illustrated by Natascha Taylor.

The books takes the form of a potted autobiography and Skeels-Piggins really does have an extraordinary story to tell: it contains lessons about resilience and creativity which apply as much to the adult reader as to children. The book resembles the hit series Big People, Little Dreams – except that it is a book about Skeels-Piggins written by Skeels-Piggins himself.

His story is heartbreaking and heartwarming all in one go. Talan has been many things but he began as a teacher, not knowing at that stage that his life would be all about the wider lessons he has learned to impart. He writes: “He was always happy to teach others how to play. And so, he joined a big school and became the PE Teacher.” This need to impart knowledge would stand him in good stead, when the terrible tragedy of his life hit. Skeels-Piggins was the victim of a car accident, and the experience of this is described in simple terms for the young reader: “Talan was very sad. He thought he would never play again. This made him cry.”

What makes Skeels-Piggins remarkable isn’t just that he did find a way to play again – becoming both a Paralympic skier, and famous motorcycle racer, but also learning that his own story doesn’t have to exist in isolation. Especially during the pandemic, it can connect to all stories – and shed a light on situations utterly unlike his.

This book therefore celebrates two things – firstly it celebrates resilience, and insodoing implies that life is a thing infinitely worth being resilient about. By telling the story at all, it also celebrates our interconnectedness. As one page has it: ‘Sometimes we all feel lost.’

This has never been truer than in our bewildering post-pandemic world and it’s this which makes the book so relevant to all of us.

Skeels-Piggins gives his readers here what he also gives Finito candidates: that affirmation that difficult times are where we really find out who we are – and that they might have a surreptitious value secreted in them. Perhaps, we may even arrive at the astonishing position of being almost glad of the hardship we suffered, as it was only by experiencing adversity that we learned what we had in ourselves to traverse it.