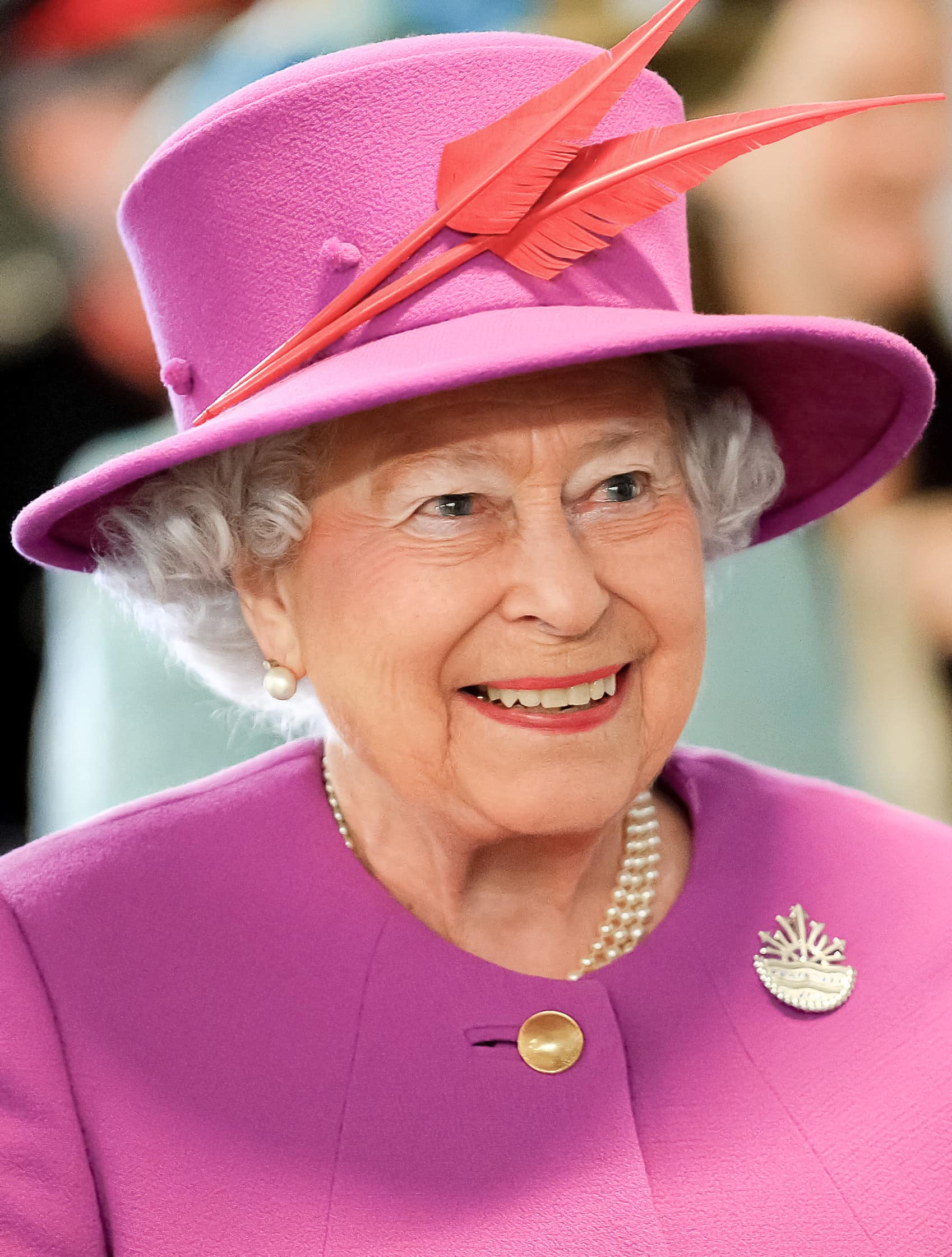 In September 1928, Winston Churchill went to shoot stag and grouse with King George V at Balmoral. There he met not only the Duke of York – who would in time become King George VI – but also a certain Princess Elizabeth. He wrote back to his wife Clementine of the young girl: “She is a character. She has an air of authority and reflectiveness astonishing in an infant.”

Here we see the very young Elizabeth playing as a girl at the place of her death nearly a century later. It is a reminder of what the death of the monarch yesterday severs us from. In time Elizabeth’s first prime minister would be Churchill himself, and, as she carried out the obligations of her long life she became more and more a link back to the past.

Elizabeth worked with 15 prime ministers from Churchill to Liz Truss, who she asked to form a new administration as recently as Tuesday. She also knew 14 US presidents, not to mention countless other world leaders. By nature not particularly intellectual, she nevertheless was in a position to take everyone’s measure: her experience of eminent people, though it may often have come through the distorting lens of her fame, is likely unmatched in the history of the world.

Much has been written of the symbolic value of her tenure as monarch: Elizabeth was a reminder that the great changes in society have, from a certain perspective, a trivial nature. The latest iPhone update comes into a human hand which evolved 1.8 million years ago and our brains, aided by every imaginable technology, still crave the old affections. Not only did Elizabeth know that, she devoted her life to that principle of continuity as she saw it embodied in centuries of monarchy.

What is the idea of monarchy? Really, it is a mystical notion – perhaps our last remaining popular mysticism. To understand it properly – and therefore to comprehend what Elizabeth Windsor stood for – it is necessary to go to the Tower of London. There you will find the Crown Jewels, but also an object still more interesting: the 12th century coronation spoon which is used for anointing the sovereign during the coronation ceremony. It will be in use soon to anoint King Charles III.

That spoon can also be seen in footage of Elizabeth’s own coronation in 1953. It links her – and us – to the deep past, tying us to people who have long since departed, the precise meaning of their lives unknown to us. At this point of Elizabeth’s own departure, we feel the weight of this history as we too rarely do in our busy and exciting lives. By being historic, she asks us to consider what that history entails – and she does this especially in death.

A lot is being written today about her admirable sense of duty, and, of course, the facts of her life show this to have been among her prime virtues. The vast number of assignments, trips, meetings, openings, occasions and obligations which she carried out over the years are testament to a work ethic which, during the pandemic era of working from home, has gone slightly out of fashion.

Sometimes we talk of her dedication to duty as if we might immediately emulate it. This is difficult. The Queen’s role in life unfolded according to the known rhythms of Sandringham, Windsor, Buckingham Palace, and Balmoral as she partook in the ancient life of the nation. Our own duties, without those ceremonial structures, are sometimes less evident. What exactly do we wish to do? Where do our duties lie?

This isn’t an easy question to answer, as we see every day in the mentoring we give to people. But this doesn’t mean the life of Elizabeth II has nothing to teach us on these important questions. One of her most-quoted phrases, referring to her tendency to be out and about as monarch, is: “I have to be seen to be believed.” In this, she presents herself as a believer in a proactive form of carrying out tasks: to work hard is to make oneself ubiquitous and to give full embodiment to whatever role you are called upon to do. That degree of endeavour might apply in any role.

Sometimes our role will involve sacrifice; all forms of activity cause some deficit elsewhere in our life. The Queen’s humour is often attested by those who knew her in private, but the public persona was reliably straight-faced, and to her critics, could seem a little dour. To suppress a twinkle is hard, but her sober approach meant that she herself was rarely the meaning of a given occasion, though she might augment it with her presence. Fame, for her, was something to be put to use, never something to revel in for its own sake.

Elizabeth is also on record as having lamented the regularity with which people change jobs today. When she came to the throne, it was usual to spend one’s working life at the same firm, amid the same people, conducting – and honing – similar tasks. Today’s gig economy seemed flighty to her.

The whole question of a successful career can be boiled down to deciding what you want to do and sticking at it. When I recently encountered the clockmaker Keith Scobie-Youngs, who is currently restoring Big Ben, he referred to clockmaking as ‘a narrow pond but deep’. Similarly, when I have encountered those who work in wine, or coffee, or some small but intriguing area of finance or law, I have found them to be among the happiest people with regard to their careers. Elizabeth, with her staying power, would have understood this.

The royals also, of course, are inspiring to young people, because they are surrounded by people doing their jobs well. Walk into Berry Bros, where the Queen purchased her wine, and you’ll see that same quality and commitment to service which you’ll find if you’re ever lucky enough to meet the solicitor Mark Bridges, who for years handled her tax affairs at Farrer & Co. The Royal family has long stood for excellence, and the Queen was always at the apex of that. It is another aspect of the inspiration which attaches to her.

Her influence is especially difficult to gauge since it was subtle and exercised behind closed doors. Among the tributes issued by former prime ministers, Sir John Major’s strikes me as the most resonant. He wrote: “I think people would have been extraordinarily surprised if they realised the depth of information the Queen had about the lives of people in every conceivable part of the United Kingdom. She was always extraordinarily well briefed. And on foreign affairs, she would always say if there was a difficulty of a foreign leader, ‘Well I met him many years ago’ or ‘I knew his father’. There was always a wise word to be had. And those meetings with the Queen were always the better part of a prime minister’s week.”

The Queen married a constant hunger for information with a certain unobtrusive watchfulness. Her prime ministers are unanimous that this accumulated to considerable wisdom.

There were points during her reign, especially around the time of the death of Diana, Princess of Wales, when she was written off as irrelevant, or boring or unfeeling. Sometimes the joke was on her critics who simply couldn’t discern her relevance, or see why she was interesting, or understand why dignity is always to do with what you decide not to say. ‘A bore’, wrote Proust, ‘is someone who tells you everything’. Elizabeth often said little, but only because it wasn’t her place to be voluble. One of the threads, and it is a golden one, among the memories of her, is what a good listener she was.

And now we listen to the silence of her passing, and must seek solace in a rainbow over Windsor Castle, the words of the new King, and the words of a new Prime Minister. If there is anything to be learned, it is that some lives have a sort of grandeur and symmetry which feels important in ways we can’t quite discern.

Elizabeth knew it was her duty to see out her Platinum Jubilee, and to see the Prime Minister on Tuesday. One can see how another winter would have been too much, and that life without Prince Philip was always likely to be hard for her. Those who die in September have known the summer, and are spared the winter.

Yesterday in London, if I read the crowds rightly outside Buckingham Palace, there was already a sort of solemn gaiety in the air which had to do with an appreciation of a monumental life.

Gaiety was more an aspect of Elizabeth than we might realise. I read that Sir Alan Lascelles, Elizabeth’s first private secretary, wrote in his diary in relation to Churchill’s weekly audiences with the young Queen Elizabeth: “When Winston had his weekly audience in the Bow Room at Buckingham Palace, I, having shown him in, would sit next door till he came out, when we shared whiskies and soda for half an hour. I could not hear what they were talking about, but it was, more often than not, punctuated by peals of laughter.”

It is an image which encapsulates her life: joy in a room we can’t visit. It might also serve as an image of what one would hope for her in death. But these are uncertainties and Churchill was on another occasion more specific about the young monarch: “All the film people in all the world, if they had scoured the globe, could not have found anyone more suited to the part.”