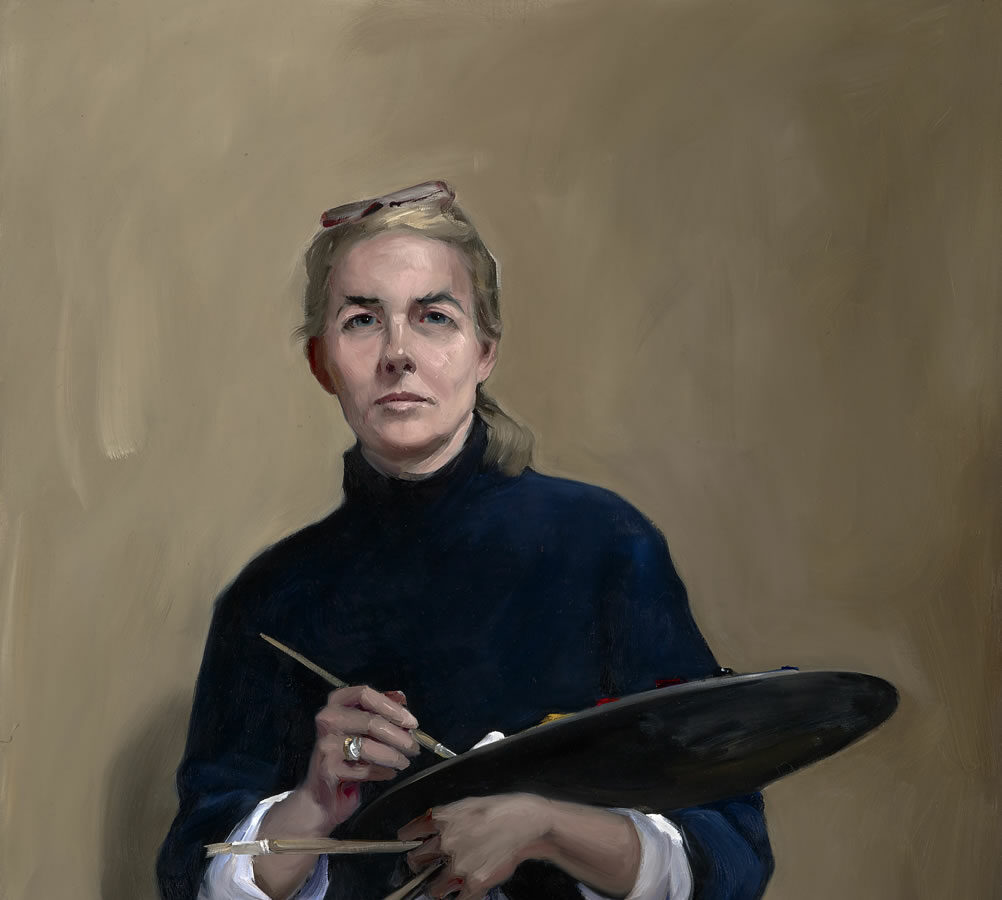 Portrait painter Nicky Philipps: ‘Even the most creative person can’t drum something up out of nothing’

My decision to be an artist wasn’t really a light bulb moment because my mother, father, maternal grandmother, and paternal grandfather all painted.  It ran through the family and when we were little, my mother would make us copy Beatrix Potter figures.
At that time, I was mad about horses and wanted to paint them all the time. I would look at Stubbs and Munnings, and experiment a lot in both watercolour and oil.
I went one day to see the brilliant horse painter, Susan Crawford who was wonderfully encouraging and said she’d heard about the Cecil-Graves school in Florence. I was immediately interested as I was quite depressed by my experience of British art schools who had virtually stopped life drawing and offered very little structure. I feel their approach has represented an awful decline. Rather than adopting any rigorous training, my teachers used to lay out some object or other and say “express yourselves…” and just leave us to it. I gather it is much the same today. 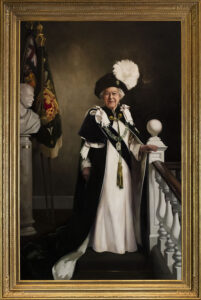 This kind of non existent teaching fails to realise that even the most creative and imaginative person may have difficulty drumming up something out of nothing. I suppose in retrospect they were at least facilitating us to draw and paint, but we never had access to top class materials and the whole place was grotty and altogether rather uninspiring. So I left.
That’s when I went to Florence and it totally changed everything. Indeed, it is why I became a professional painter. I enrolled at the Studio Cecil Graves set up by two Americans who wanted to keep alive the whole tradition of classical art training. It’s interesting that amid all the decline, it should be in north America – supposedly the New World – that the sight-size technique, originating with Leonardo Da Vinci but used most prolifically by the 18th century French academy, has been preserved.

In those days, before you went on to be an apprentice you had to train your eye. This was fundamental and it was done by making the student carry out a series of drawings of plaster casts concentrating on shapes, angles and tone, basically the grammar of drawing. This rigorous teaching was a complete revelation to me and I find it a real shame that the arts education in the UK largely does not rate it. I am constantly asked by young aspiring painters where they can actually be ‘taught’ to draw and hearing the bitterness of older people who wanted to paint for a living but without the structure to progress their ability, simply and sadly gave up. 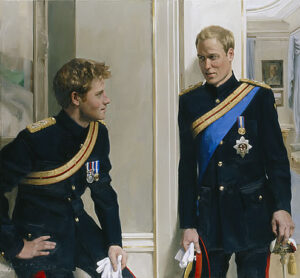 In Florence, the ethos was that you had to draw the plaster cast, exactly as it was. I am convinced that most people who try and are encouraged to look and look and look again would be able to draw an object better than they think. Not once have I encountered anyone who when asked to compare their drawing of an  object (a jug for instance,) to the real thing, hasn’t been able to point out where they have gone wrong. It’s not that they can’t see, it’s just that when copying, they haven’t looked hard enough.

Of course this first stage of cast drawing is only the start and should be followed up by an intensive study of the Old Masters. This encourages an understanding of composition and colour, vital in any successful painting. They were Old Masters for a reason after all…..
As a student in London I was never told that Monet and Renoir, and even Matisse and Picasso had actually had a classical training. The feeling was that if one restricted oneself to the ‘cage’ of academic drawing, it would compromise one’s imaginative flair and all paintings would look the same. But this seems to me to be nonsense if you compare Leonardo da Vinci and Monet, for instance.
Reynolds wrote in his discourses to his students that it was their duty after the cast drawing tuition, to study the Old Masters and then “ to do their own thing.” That third part is what makes painters different is why we have Sargent and Seurat, Van Dyck and Van Gogh, Chardin and Chagall, Poussin and Picasso. All painters with distinctly different styles. There is really nothing wrong with training one’s eye properly, and indeed it helps one to better appreciate the world in all its glory. 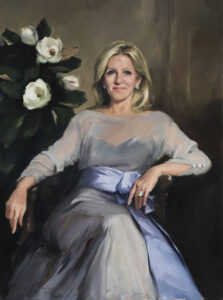 Almost as important to a young art student is the emphasis on the aesthetic. The Florentine studio was a beautiful oval room in a converted church filled with half finished marble sculptures and plaster casts. A properly paid, good-looking model with a shapely figure would be draped over a huge velvet chair with artistic lighting creating wonderful shadows. By the window would be a student holding his palette as Vermeer and Velasquez show in their self-portraits. I immediately knew I wanted to be there. The atmosphere was fabulous.
I look back and I think how incredibly lucky I was and long to hear that similar processes are once again to be adopted for British art schools.

Nicky Philipps is a portrait-painter, especially famous for her portraits of Queen Elizabeth II