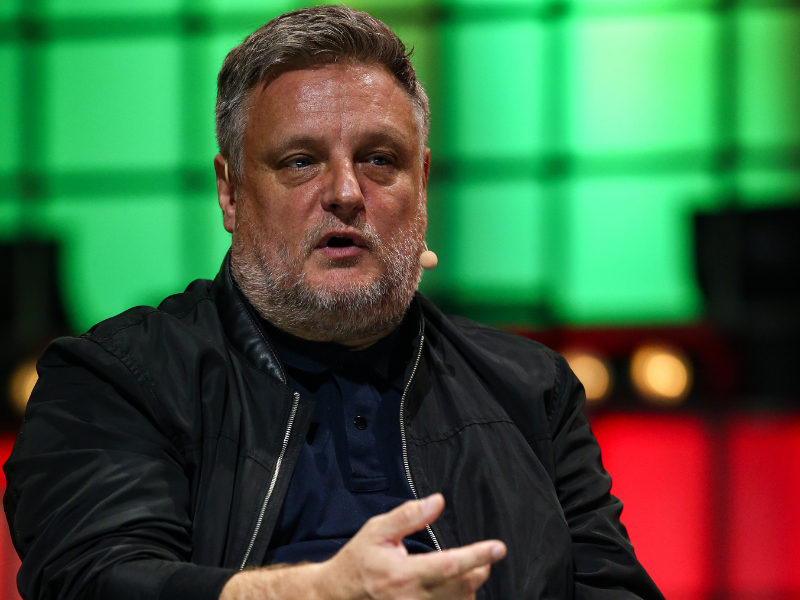 For anyone looking to be famous, one possible route seems to be to truncate your name into a snappy word: the strategy has worked for Beyoncé, Banksy, Madonna and plenty of others. Perhaps in a busy world we don’t have time for multiple syllables anymore. Were Warhol alive today he might just be Andy.

The photographer Rankin is shorthand for John Rankin Waddell: as the founder of Dazed and Confused the globally distributed magazine, photographer of Kate Moss and Her Majesty Queen Elizabeth II, and with long ties to the music industry, the 54-year-old photographer is now at the summit of his profession.

So how did he get started? His early education looks at first inauspicious:  Rankin studied accounting at Brighton Polytechnic, before dropping out in order to study photography at Barnfield college in Luton. He subsequently relocated to the London College of Printing. In time, his reputation as a fashion and music photographer grew.

But he really owes his start, he tells us to Icelandic pop star Bjork: ‘Bjork was brilliant. It was literally my first ever shoot for a record label. She’s one of the most era-defining musicians because aesthetically she’s so unique and original, and she’s very in control of her image.”

What did he learn from her? “What I loved about her was that she just let me do my thing. I have to be honest; there was a moment in the shoot where I was trying to do something that was a bit derivative of another photographer, and she gave me the confidence to just not do it. She was like, ‘You don’t need that shot, stick to what you’re doing’.”

So did that make a difference in terms of his subsequent career? “She kind of set me up in a way, because very few people have ever surpassed her collaborative approach.” Collaboration is a leitmotif in Rankin’s career. It was only upon meeting Jefferson Hack at London College of Printing that he felt able to launch Dazed and Confusedin 1992.

Fast forward to 2021, and Rankin is still productive – and still collaborating. His latest book How to Die Wellis produced in partnership with Royal London, the UK’s largest pensions company. So how does he think this book will help people in these death-conscious times? “Death scares people, and that discomfort is the main barrier to talking about it,” he says. “The hardest part is getting started, but once you push through the fear – those conversations become a lot easier.”

This tracks with my own encounters with those who’ve been around death a lot – from nurses and doctors to undertakers and funeral directors, they seem not to have the expected heaviness, but instead a certain lightness of being.

So has compiling the book helped Rankin face his own mortality, and the mortality of his loved ones? “Making this book has definitely helped me to deal with my own grief, as well as confront the idea of dying,” he admits. “And it’s so important that we do, because having these kinds of discussions means that when the time comes, our loved ones are prepared.”

It’s been an extraordinary time. For over a year now, we look at our media and see the death toll writ large.

Have we become a morbid society? “I’m not sure the pandemic has made us, as a society, any better at having these conversations. The shock and size of the grief has been overwhelming,” Rankin says. “I think it’s going to take a long time for people to process what has happened. But it has certainly presented us with the undeniable reality of death.”

And yet How to Die Wellisn’t a serious book by any stretch of the imagination – it’s full of anecdotes, lightness of touch, and charm.

How did he go about compiling the book? “We interviewed a broad selection of people who shared their experiences of grief – and also told us what they’d like their funeral to look like. There were some absolute corkers. From unusual song choices, to outrageous outfits, to hilarious last words. Death is just like life: there are ups, downs, laughs, lots of crying – and more than a few funny bits.”