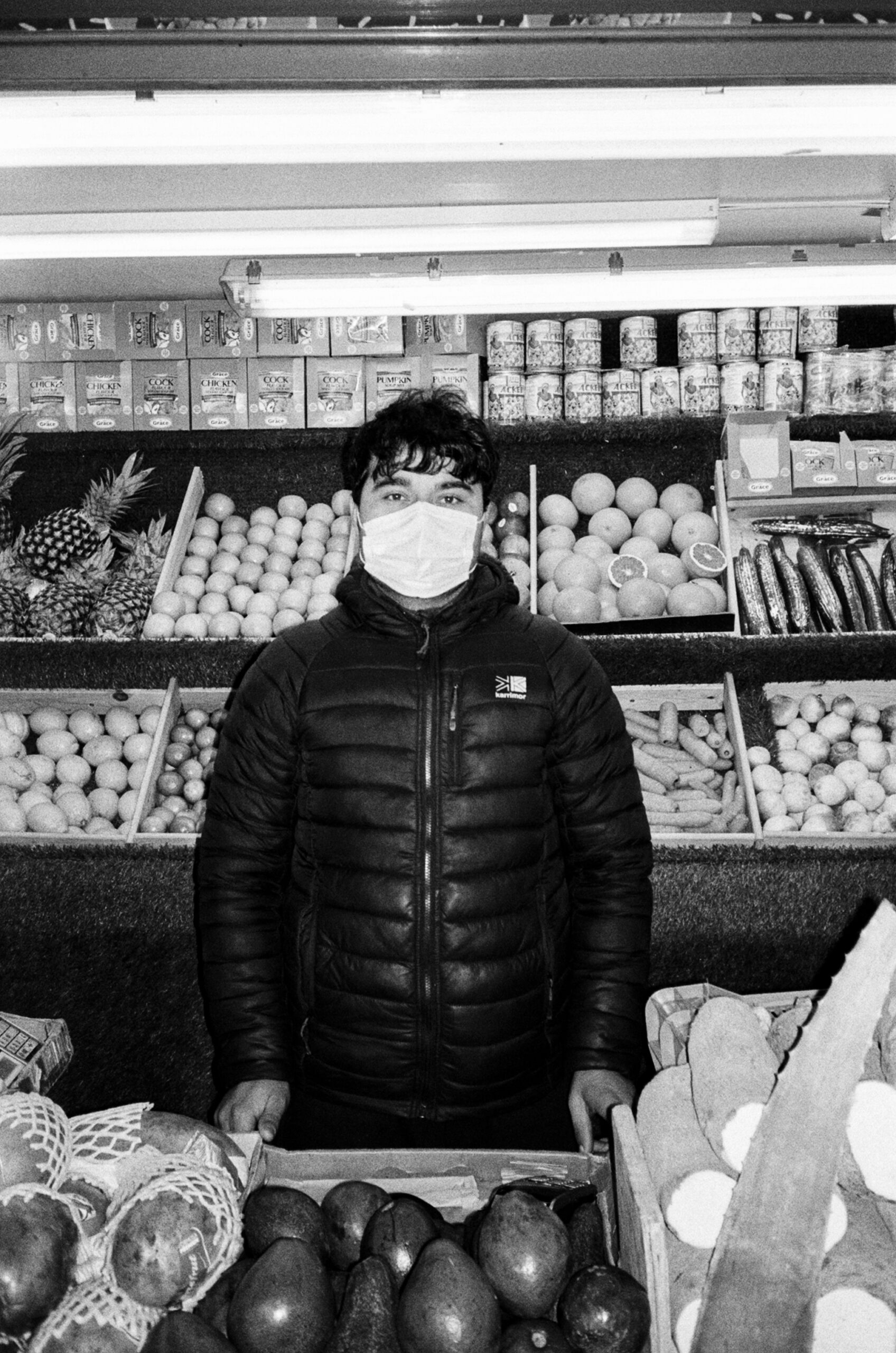 Photo essay: Pivoting and life in the new now

We live in a time of stolen moments and as human interactions are increasingly restricted and often frowned upon when witnessed, little pockets of old city traditions raise their hands and prosper. The butchers, bakers, greengrocers and fishmongers who have survived the almost all encompassing tentacles of the supermarkets find themselves propelled into the spotlight, shining lone but defiant strip lights on otherwise shuttered streets.

The triangle of roads surrounding Electric Avenue in the heart of Brixton bustle with a respectful defiance, flourishing in the celebration of old village style traditions. Surrounding businesses and individuals inspired to adapt and succeed are a refreshing positive during these times of change.

Part homage, part documentary, these photos hold a candle to the prosperous little pockets of normality where human interaction remains joyful, bartering still exists and wheeled shopping trolleys and reusable bags are yet to be replaced by the delivery vans that lurk in the shadows on residential roads from dawn until nightfall and beyond.

Whilst a local fishmonger in South London won’t make headlines for continuing to serve the community their thriving independence is reflected in other businesses across other sectors, especially in the hospitality industry. Chicken shops on high streets have taped off their tables to keep the takeaway side of their businesses alive and as larger pubs tied to breweries mothballed their taps and closed their doors, independent owners used the rules to stay open and keep their heads above water. In becoming take away establishments for their neighbourhoods they have created little pockets of considered normality in these abnormal times.

Just as businesses have pivoted and changed direction to survive over the last ten months so individuals affected by the pandemic have had to change direction and embrace new adventures and careers.

From becoming Deliveroo drivers instead of going to University, learning new technology to keep previously cash dominated businesses alive to rediscovering local shops and regrowing previously lost relationships with neighbourhood suppliers these portraits also reflect a changing community that has often had to pivot to survive and in some cases now thrive in the new now.

The images were shot on both 35mm film and a Leica SL modern digital camera. The small unassuming Olympus Mju 35mm film camera I find not only to be a great conversation starter but also much less imposing than a larger digital body and puts more subjects at ease. What is lost in mega pixels I find is more than made up for in warmth and openness.