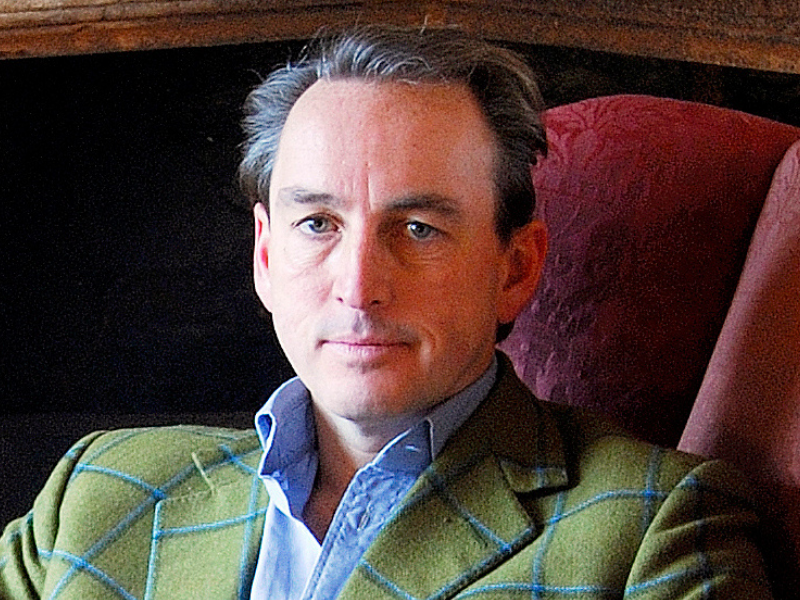 Philip Mould on his early education in art

Mine was a strange upbringing in some respects. We ended up in Wirral because my parents are southerners, but they moved north. My mother contracted polio, and my father had come out of the Marines; it was very difficult to have a disabled wife and travel the world. He inherited from my step-grandfather the running of a printing works in Liverpool – and so rather like the beginnings of a sitcom this southern family relocated.

As a result, I was brought up in the school system as it was presented to us on the Wirral, which was a number of prep schools – one of which was called Kingsmead, and that was the one I went to. I left when I was 13 and went 250 miles away to Sussex to a Christian monastery called Worth, which is not a school I was particularly happy with.

But during that period from when I was ten to around 14, I would buy things from antique shops. This was my start. If you’re interested in historical objects as I am, the most glorious opportunity for a young enthusiast – and that’s especially so if there’s someone who can initially guide them – is the understanding of hallmarks. These are like hieroglyphs. One time, I went into an antique shop at the behest of my mother, and there was this woman called Xena Roberts, a retired schoolteacher.

It changed me. I remember the atmosphere in there, particularly the smell of silver dip and sulphur – the smell of hell in fact. There was also the sweet smell of furniture polish and fags. Xena smoked endless No. 6’s. In a sort of hectoring way, she got me to pick up a spoon, making me forget why I had come in there. I turned it over, as one does, and she asked me what I saw there. With hallmarks, the first thing you sometimes notice is the head of the King or Queen who is on the throne. And then you see the so-called lion passant – that magnificent thing which goes back to Richard the Lionheart.

That’s not all. Then you’ve got the initials of the person who made it, whose name you can look up – as well as the city where it was smelted. Then there’s usually a letter of the alphabet relating to the year in which it was made. There would be different alphabets as the years went on and combining that with the head of whoever’s on the throne, you could know a lot about that object. It was a glorious set of insights – an education in itself. It was a portal into transforming objects with knowledge, and it was the starting point of me getting interested in art.

I was terrible at school. I was precocious in as much as I could speak well, and my parents taught me some very nice words, but my exams sort of collapsed on top of me. I went on kids’ TV when I was 15. It was an equivalent of Blue Peter called Magpie, and by that time I had a collection of silver shoe buckles. That day they became my performing seal. After that, I started writing about them and doing a bit of freelance journalism. It was great to be able to wow people with knowledge as a kid and transform things. I felt like a magician.

East Anglia University gave me time to grow up a bit, meeting people and trying new things. I probably didn’t need to go to university, but what it does give you is an environment where the company you’re in tests you a bit more. It’s a bit like a Grand Tour, going off somewhere. I had a clear idea of what I wanted to do after. I was completely confident holding works of art, looking at them, smelling them – the connoisseur side of things. So university, though it wasn’t essential for me, gave me an opportunity to enrich what I wanted to do. It also gave me confidence and life skills.

But it was at local auction houses where I got my teeth into things. I’m sad to say I also had my first taste of the dark side of the art world when I was in university. His name was Cyril Paston. He ran a shop which specialised in the works of Sir Alfred Munnings, the horse painter. I befriended him, and he had several Munnings paintings which he said were good quality. I hired a car and took them to London to show a friend of my brother, who knew about these things.

Once I’d pulled up, he looked through the car window, and I didn’t even have to take them off the back seat before he said “fakes”. As it turns out, Paston was painting the things himself. I then realised that there’s this whole other dark underbelly of the art world that one has to be aware of. The opposite of beauty is deception, I suppose, so when you know you are being deceived the beauty disappears.

So if I look at my early education I find that I was always learning when I least expected it – in a chance visit to an antiques shop, and even thanks to that scam. That’s how the world is: always teaching you – at educational institutions, yes, but perhaps more importantly, when you’re nowhere near them at all.