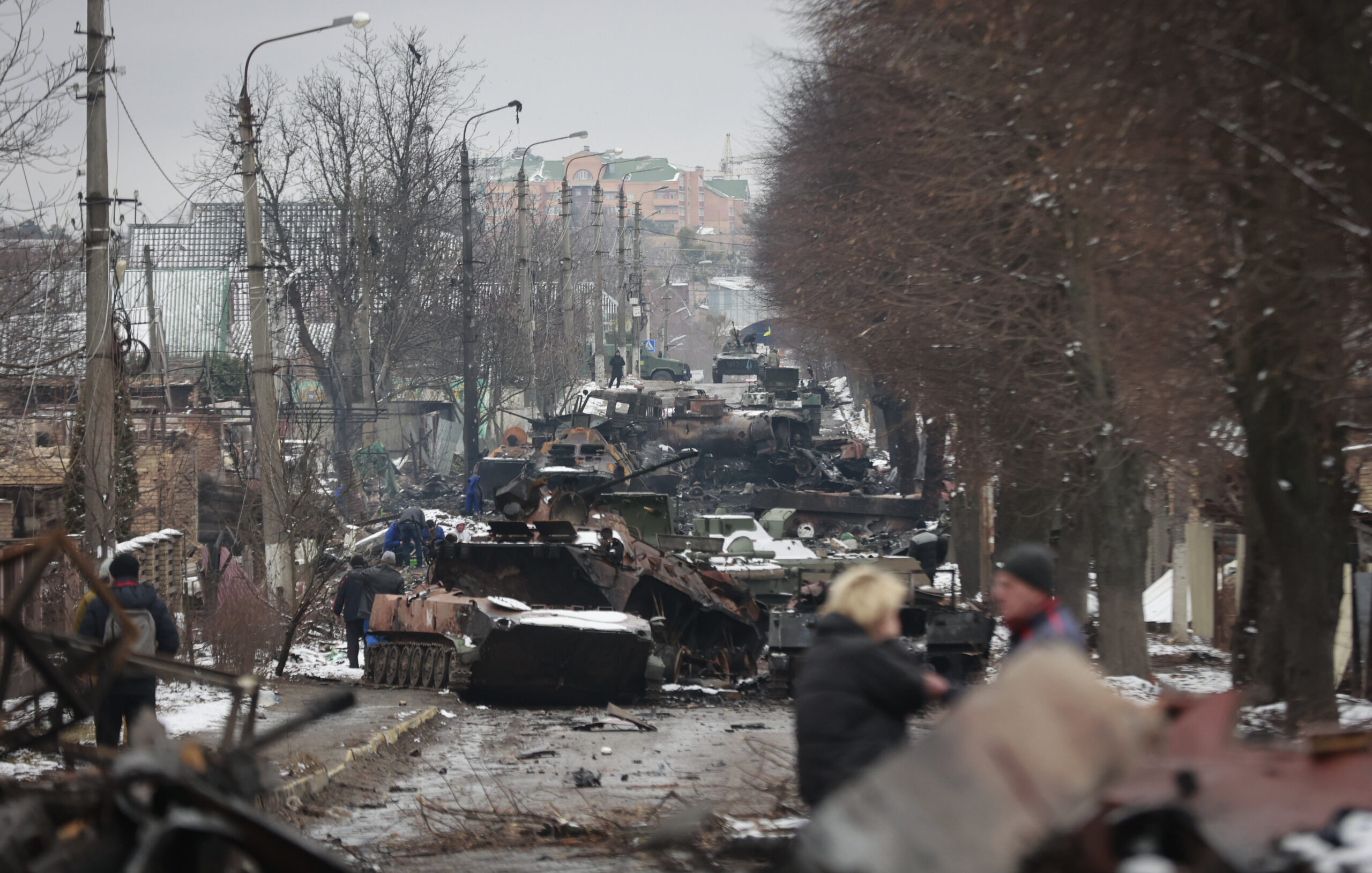 Opinion: War and the Dignity of Work

When Vladimir Vladimirovich Putin invaded Ukraine he was certainly not trying to reinforce values opposite to his, but this is precisely what war-mongerers tend to do. Whenever war commences, we witness both the collapse of the society of the country invaded, but also the eerie continuation of our own lives.

The juxtaposition between a warzone and our seemingly robust lives in the West is very unfair. It is not uncommon to experience guilt at the chasm between what’s on the news and the comparatively quiet nature of our own lives.

Of course, we must always be careful that awareness of that disparity doesn’t shade into a sort of accidental smugness, even a sense of superiority over those less fortunate. George Orwell deliberately set 1984 in England as a warning that Stalinism too could happen here. But if the spectacle of war doesn’t give us some form of knowledge about the fortunate nature of our own lives then we will probably lack the courage to defend them.

But in the midst of a job search it is all too easy to be overwhelmed by the stress of the process. It can help to remind oneself that it is a privilege to make your way in a peaceable economy. As Jonathan Cathey observer in our Letter from Bucharest in this issue, the tragedy of war is that it disrupts the economic activity which had defined a country beforehand: one of the casualties of an invaded people, he writes, is “all the things they were doing and all the progress they were making before they were invaded.”

Geopolitical conflict also makes us think about the real purpose behind so many industries – especially those which crop up in discussions over sanctions and strategy. The green industry, as important as it undoubtedly is, has been exploited by Putin. Our inability to frack or create nuclear power stations makes those industries look far more urgent today than they did at the start of the year.

Similarly the banking sector now seems to contain too much Russian money, and one might now think twice before becoming, say, a relationship manager at a top bank if the relationship one might end up managing is an oligarch whose money comes from questionable sources. Likewise, the numerous buying and selling agents in London’s Mayfair may now be wondering if the excellent hand-holding client service which they offered Russian clients was really a decent use of their talents. A young person starting out in life has the opportunity to ask themselves these questions and also perhaps avoid a lifetime of their talents being placed in service to the wrong people.

War is a terrible thing but it has the tendency to make us ask who we are and what we really want to do. It was the former chief of staff to President Barack Obama Rahm Emanuel who coined the phrase which is likely to be his most lasting legacy: ‘Never let a crisis go to waste’. His words seem truer with every passing year.