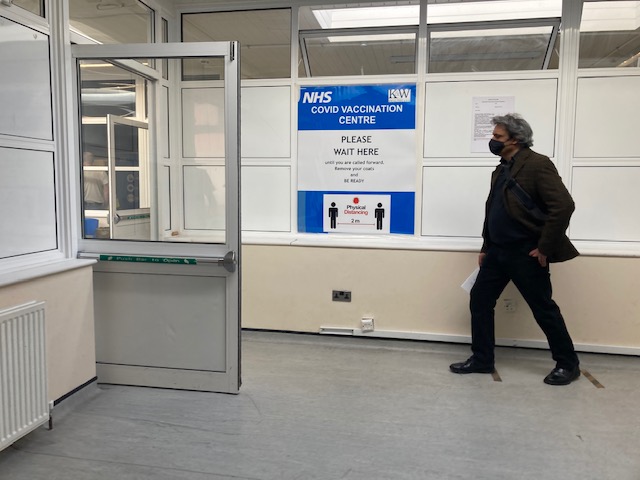 More than just immunity: what getting the vaccine means for the young

With the spring finally upon us, it feels like there’s much to be optimistic about: the vaccine rollout is heavily underway – nearly a third of adults have already been vaccinated to date – and the arrival of warmer weather seems to have injected an ounce of energy to what has been a lethargic, heavy winter.

This was certainly the flavour in the air yesterday, as I queued for a vaccine outside an old converted school in Harlesden. As high-vis staff shepherded us through a maze of empty school classrooms and into small white cubicles, where the deed was done in literally minutes, I’ve never felt more like a character in Contagion. Yet for the first time since this pandemic began, it heralded a glimmer of hope on what has been a bleak horizon.

Being a 23-year old asthmatic, getting the vaccine so early brought with it a concoction of different emotions- excitement, trepidation, and definitely a bit of guilt. But as someone who has recently started a new job, getting the jab felt like a lot more than just immunity. Working remotely can be incredibly lonely, and most young people – me included – have felt like they’ve missed out on those fundamental face-to-face experiences which are so important in shaping your career at an early age.

So the jab signalled the start of a new dawn, and a brighter future; it opened up the possibility of going back to the office and returning to some kind of normality – something we’ve all missed as we’ve entered the jobs world for the first time. It also gestured towards a return to some kind of social normalcy and an escape from the state of boredom, inertia and melancholy in which so many young people have found themselves this winter.

Economists have argued for decades that confidence is a fundamental ingredient in economy growth; as people start to feel more secure in their jobs investment soars and spending increases. As Forbes journalist Tim Worstall puts it, “more economic activity is the definition of economic growth…people wandering down the street and in general thinking “Hey, yeah, I feel good!” means that the economy does in fact grow.”

The rolling vaccine programme and the arrival of the sunshine may just give our economy the confidence booster it needs to bring us out of this winter depression.