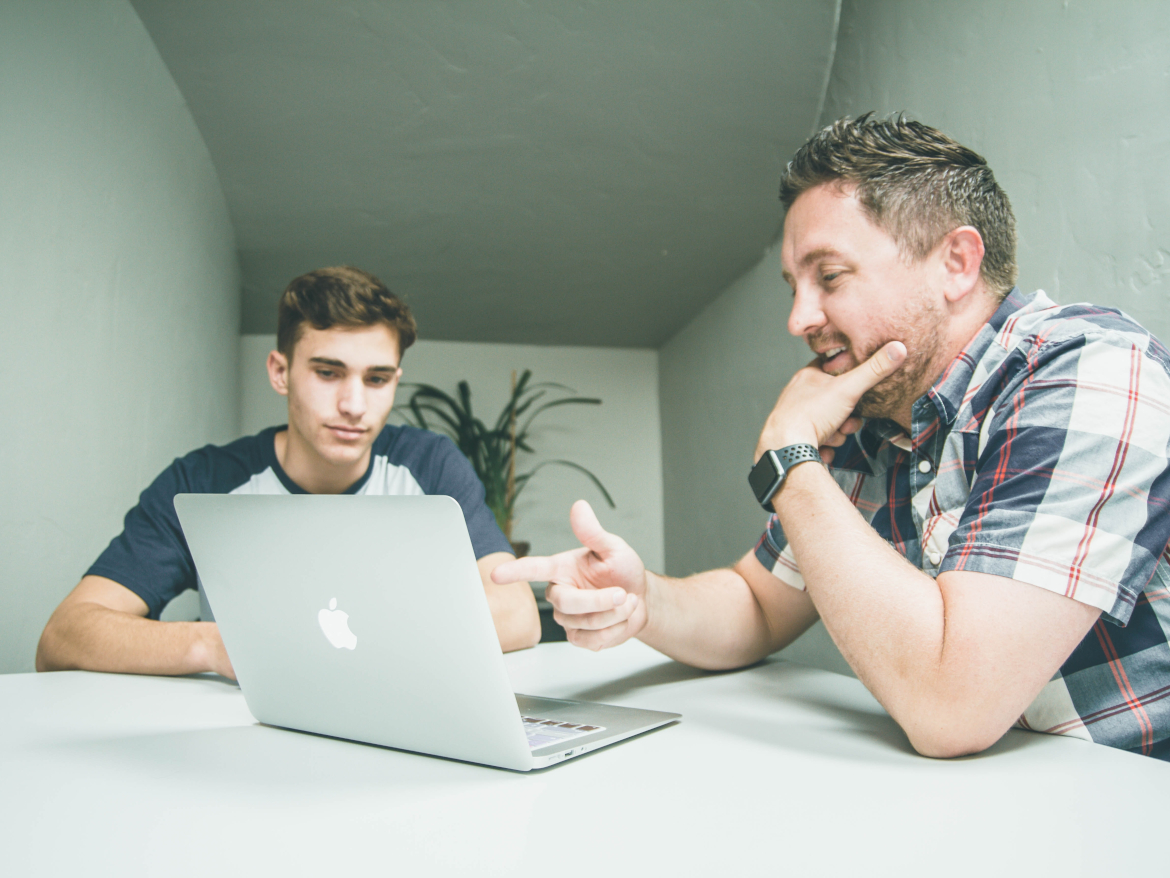 When one of our students was furloughed from his job, he needed help to make the best use of his day-to-day. So, we brought in one of our mentors, Andy Inman, to show him that time waits for no man.

Andy, where did you first learn the importance of making the best use of your time?

Retiring from a 30-year career in the military, I’d been well trained in making good use of time. From the very early days at Sandhurst – getting out of bed at 04.30 hrs to make my bed – to more recent projects like rapidly developing a workable plan on live operations in Afghanistan and Iraq, I know from first-hand experience that time can work for you as easily as it can work against you.

What made you want to become a mentor with Finito?

Now I own a small company that delivers military training to overseas customers, I’ve been able to take the skills acquired throughout my career and use them in a new and closely aligned environment. But having benefited enormously from mentoring before I started my career, and knowing what a huge difference it made for my life, I was delighted to learn of the work done by Finito. It resonated with me, and I realised that my hard-earned skills could be beneficial to an entirely different set of people.

What was the situation when you first met our student?

Having already mentored a number of the Finito students, the Covid-19 lockdown period came with its own challenges. Simon, having been furloughed from his job, had altered his daily routine to such an extent that he was getting up in the early afternoon to play games online, message mates and eventually get to sleep at around 05.00 hrs, having achieved little. He would repeat the routine daily, to the extent that he had lost track of the days and was growing despondent with “life going nowhere” and achieving little of substance each day.

What advice were you able to offer Simon?

I had already discussed with a number of my students a technique taught by the military to deal with isolation and imprisonment – and let’s face it, for many, Covid-19 lockdown wasn’t far off. By building structure into his day and including four simple elements, together we ensured Simon was feeding his mind, body and soul, and using the time that was forced upon him in useful ways.

What was the first step in the process?

Simon and I discussed a way to bring his body clock more in line with the outside world. By sleeping through the morning, he was experiencing disturbed sleep because of the noise going on outside. So, through short WhatsApp discussions, we were able to get Simon to a point where he was getting up at 08.30 and going to bed at 11.00 pm, which was a significant improvement on where he had been! Once his sleeping pattern was in a better state, we were all set to move on to the next chapter of his journey – introducing the four elements.

Can you talk us through that? What do you mean by skill-building?

I wanted to find something that Simon was interested in learning, so he could exercise his brain. He eventually went for an app that taught him French, a subject he had learnt at school but hadn’t worked on for years. As with all of the elements, it was vital that this was not a chore – but something he would enjoy, and saw the point in doing. Plans to holiday in France were all the reason he needed to make it work.

How did Simon handle the creative element of his day?

Getting the creative juices flowing is crucial to exercise a different part of the brain. Simon is like me, in that the traditional arts didn’t sit easily with him, and he wasn’t keen to display his writing skills either. We settled on cookery – not necessarily the first thing that springs to mind when looking for a way to express creativity, but by coming up with recipes and cooking some meals, he was able to express himself as well as helping his parents by taking on the chore of feeding the family in the evening. He did admit that some of his creations were less successful than others, but using a variety of resources he became quite adept at creating dinner for the three of them.

Physical activity is an important one – how did you bring this into Simon’s routine?

With both sides of the brain busy with skill-building and creativity, the third element was to exercise the body. I explained that this could range from daily yoga to a brisk stroll, but Simon opted for taking the dog for a run, again ticking off a household task while completing the activity.

Productivity can be really difficult during lockdown. How did you mentor Simon through this?

The final piece of the daily routine was to “achieve” something, not necessarily completing it in a day, but at least spending the allotted time working towards the completion of a project before moving onto a new one. Once again the breadth and range of possibilities in this element were huge. Simon started off with reorganising his wardrobe and eventually went on to painting a wall and digging a new vegetable bed in his parent’s garden. This created valuable self-esteem, and a sense of accomplishment.

Was it easy to keep Simon on track?

With delightful candour and open honesty, Simon would report via short WhatsApp chats every other day between our regular mentoring chats, to let me know how he was doing. Initially he was only able to weave a couple of the elements into each day, but over the following fortnight he got used to ticking off all four, with the weekends being days where he could drop the routine entirely if he wished. Remember this is a young man who – only a couple of weeks before – had not been getting out of bed until after lunchtime. I worked for a few weeks more before moving Simon onto another Finito Mentor who had significant experience in the industry where he wanted to work.

Andy Inman is a business mentor for Finito, helping students and career change mentoring candidates. Take a look at part one of this short series, to learn more about Andy’s background, and discover how he got Simon on the path to productivity.