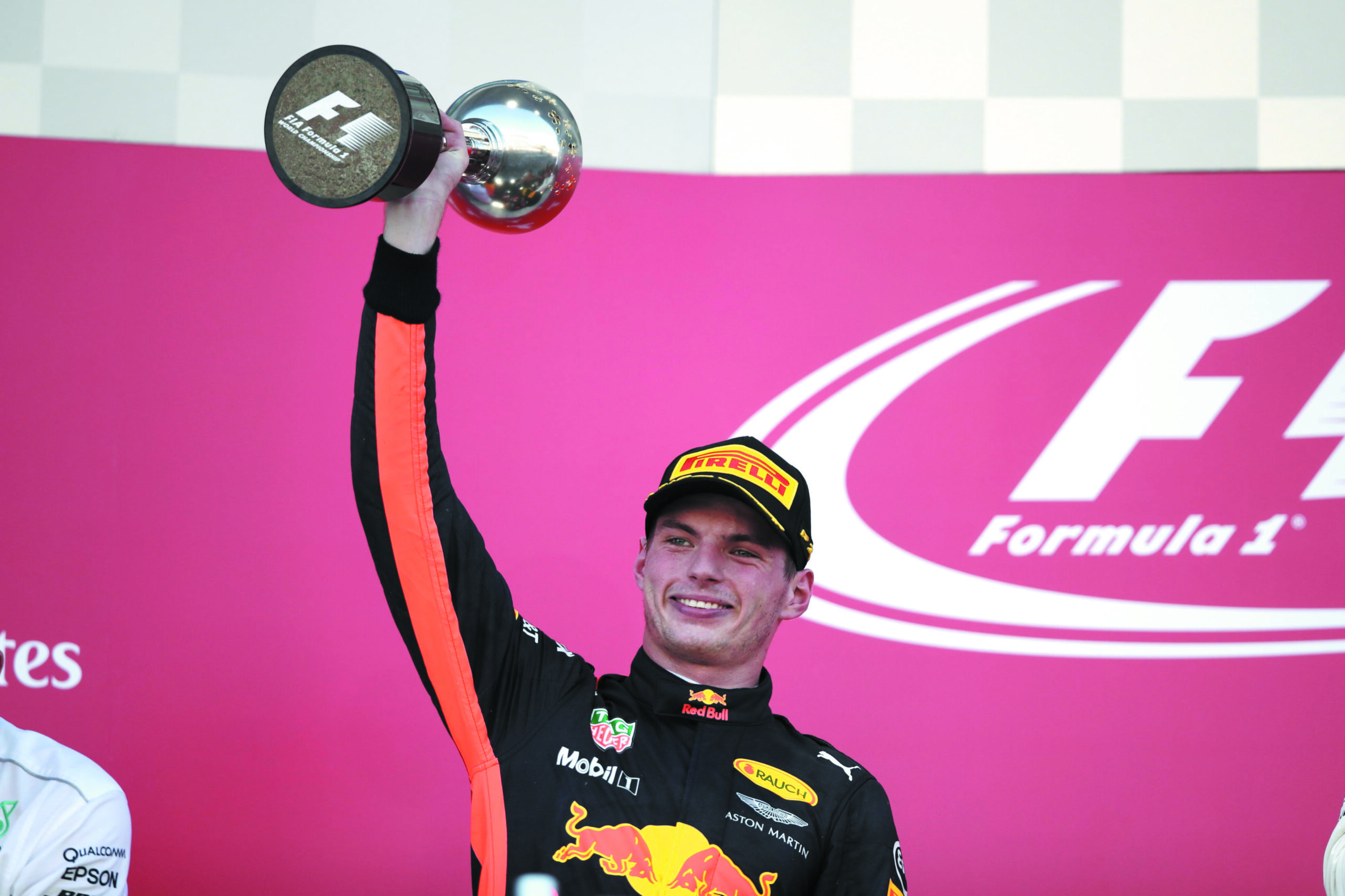 Max Verstappen: “You have to make mistakes in order to learn”

For Max Verstappen, racing in the blood. The Belgian-Dutch driver was introduced to the sport by his Dutch father and former Formula One driver, Jos Verstappen. His Belgian mother had also competed in karting before having Max.

So what first sparked his interest in the sport? “When I grew up, my dad had a go-kart team at the time, and he raced in F1. I always had that around me. At the same time, my mum also raced in go-karting until she had me.”

Did that confer a sense of obligation, that this was the path his life had to take? “It doesn’t mean that you have to do it. Besides, my parents never pushed me into driving. It was entirely my decision.” When did he first know this was what he wanted to do? “I remember after I went to the go-kart track and I saw a younger kid driving, I called my dad, who was away in Canada with Formula One, and told him I wanted to drive as well. Initially, he said no.” Why was that? “He wanted me to wait two more years, but I started in go-karts six months later, when I was four and a half.”

It started a lifelong commitment to the sport. Verstappen continues: “Since then, I have enjoyed the ride, especially when you start winning races. It all starts to become more and more professional as you progress, but it was never really my intention at that time to become a Formula One driver.” It was always more basic than that, he tells us. “Back then I just saw four wheels and a go-kart and I wanted to get involved and have fun because I like driving. Then, step by step, my interest in Formula One grew and grew.”

Of course, starting early is common in racing circles, with drivers starting out in junior karts before progressing to national and international tournaments.

Did he benefit from his father’s reputation? “It was a little easier for me to get going as my dad had his own team already,” Verstappen recalls. “When I was three years old, I was already driving on quad bikes on our land, so I had some experience before I started go-karting. I was already competitive at that age. It’s something you’re born with.”

Over the years, Verstappen progressed through the karting ranks, stepping up to international competitions in 2010. Three years later, he got his first taste of formula racing before he graduated to the Formula Three championship, where he finished the season third.

That result was enough for him to gain the attention of Formula One teams. Soon he landed a place with the Red Bull Junior Team. His trajectory since then has been rapid. In 2014, Verstappen lined up for the first free practice at the 2014 Japanese Grand Prix; he was the youngest driver to take part in a Grand Prix weekend. It was part of his preparation for a full-time place with Scuderia Toro Rosso in 2015.

At the 2015 Australian Grand Prix, he became the youngest driver to compete in Formula One. He was 17 at the time.

The following year, now 18, he won the 2016 Spanish Grand Prix on his debut for Red Bull Racing – the youngest driver to win a Formula One Grand Prix.

“I didn’t think about my age when I started in Formula One,” Verstappen recalls. “I usually drove in categories where I was one of the youngest and I was always racing against guys who were two to three years older, or even more. In my final year in go-karting, I was 16 and I was even racing against 35-year-old guys.”

So I didn’t feel intimidated? “I didn’t feel out of my comfort zone. I was used to it. I was just very happy to be there and to try to get the best results. I was very inexperienced but I felt ready.”

So to young people out there, what advice does the driver have about being ready for the big stage? “When you’re 17, you have to make mistakes in order to learn. It’s fine because, I started at Toro Rosso, so it wasn’t like I was fighting for the World Championship at the time – it was good to fight in the midfield and really work for it. That way, you learn a lot of things.”

He certainly has – and to talk to him is to realise the value of starting early, and putting the work in.